Sebastien Ogier admitted it was a relief just to reach the finish of a punishing Safari Rally after extending his World Rally Championship lead with victory in Kenya.

The seven-time world champion completed an unlikely comeback to win one of rallying’s most iconic events on its return to the WRC calendar for the first time since 2002.

PLUS: How WRC's Safari adventure ended in a familiar tale

Although much shorter than its marathon predecessors, Kenya provided the WRC arguably one of its toughest rallies as crews tackled tricky gravel and sandy roads, unpredictable wildlife and wild weather.

Ogier was among a lucky few to recover from his brush with the harsh terrain, fighting back from dropping two and half minutes on Friday after a suspension issue.

The Frenchman was there to pounce after long time rally leader Thierry Neuville retired on Sunday before catching and passing Toyota team-mate Takamoto Katsuta to win the rally by 21.8s.

Reflecting on his victory in an event where only five WRC crews completed the full distance, Ogier admitted he was relieved to make the finish after seeing his rivals fall by the wayside. 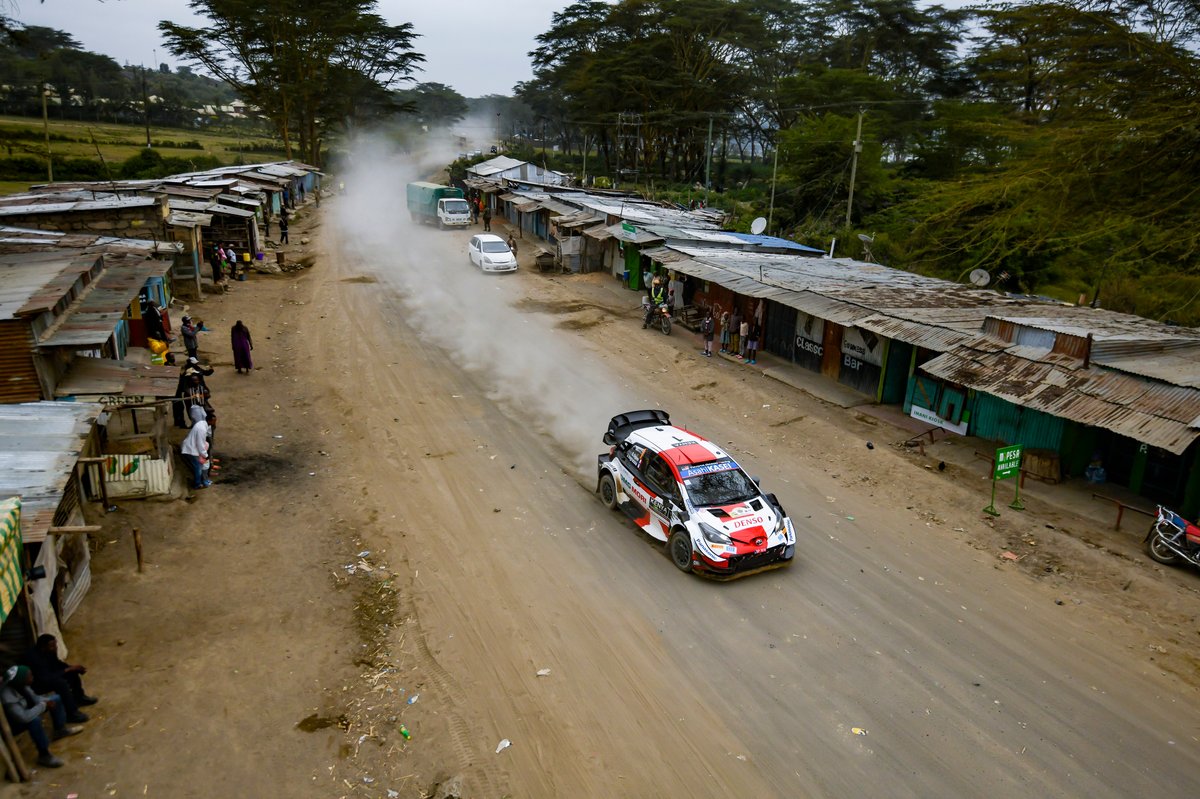 “This last stage was very challenging with very soft conditions and you are never sure if you will get rocks in the line. I definitely didn’t push on this one I just wanted to finish it,” said Ogier.

“It was a relief after such a crazy weekend. I think everyone predicted a bit of an entertaining weekend and it definitely delivered, so many things happened.

“We struggled quite early on in this race but from this moment I think we have done a great job and kept pushing all of the time and kept getting closer to the top.

“I was not thinking I would be stepping on the podium and winning this rally but at the end never giving up always works in rallying and more here in Africa.”

The win was Ogier fourth from six events this season and the second rally on the bounce where he has swept up the win after reliability woes struck Hyundai Motorsport.

“It’s been a very good start to the season winning four out of six is an achievement because at the moment the competition of the championship is quite high,” he added.

Ogier leads the world championship by 34 points from Toyota team-mate Elfyn Evans, who finished the event in 10th position after retiring from Friday’s action.