After fuel-related problems on the opening day left Hyundai drivers Sebastien Loeb and Dani Sordo down the order, Adamo used the regulations to manipulate those cars into a starting position which would offer team-mate Thierry Neuville a cleaner road.

On both Saturday and Sunday, Hyundai ordered Sordo and Loeb to check in late and run between Ogier and Neuville on the road, giving the Belgian his advantage.

Speaking in the post-event press conference in Matosinhos, Ogier said he had no problem with those tactics.

But he then added: "But today we can be lucky, or we can thank one man which is Dani Sordo, because there were some much more mean tactics were supposed to happen. "But luckily he [Sordo] refused.

"I got the information, not from any drivers - I have my sources - that this great gentleman that is Andrea Adamo asked him [Sordo] to stop in the stage and start in front of Kris [Meeke]. That was really mean."

Ogier also believed there was a plan for Sordo to pull over during Sunday's first stage to allow Neuville a clearer run without the hindrance of dust. 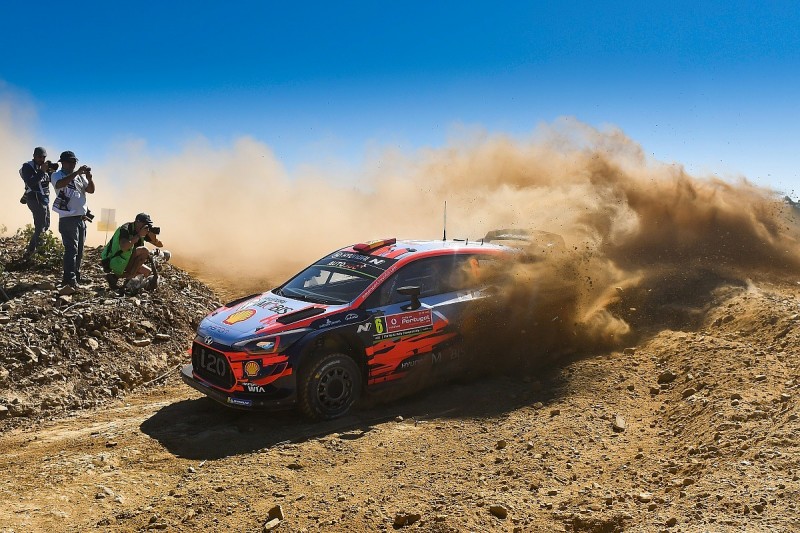 Ogier explaned to Autosport: "It was in the first stage this morning.

"In the stage, I don't know at which point, he [Sordo] was supposed to pull over in the stage; take the start then pull over and this would give Thierry a four-minute gap [with no dust]."

The Citroen driver pointed out that the tactic would have directly affected Meeke's run through the stage.

Ogier said: "It's OK, but then to restart in front of Kris, you then fuck Kris because he would be in the really bad dust. That's mean."

Contacted for a response, Adamo told Autosport he would not comment on such "low-level accusations."

Neuville finished the event in second place, one place ahead of Ogier - who retained his lead of the championship with a powerstage win.