Thierry Neuville expects the new look World Rally Championship to produce "more nerve-wracking moments than ever" this year as teams and drivers brace themselves for “surprises”.

The WRC is set for a voyage into the unknown at this weekend’s Monte Carlo opener as Hyundai, Toyota and M-Sport Ford debut all-new hybrid cars built to Rally1 regulations.

Such a seismic shift in the rules has left drivers unsure what will unfold on the famous Monte Carlo asphalt.

Faced with the prospect of adjusting to hybrid power, reduced aerodynamics and simpler front and rear differentials, Hyundai’s Neuville believes the new look WRC will provide pretty of drama.

“I think this year there will be more nerve wracking moments than we have seen in any other season with reliability issues, surprises or whatever,” Neuville told Autosport.

“I like the challenge and I like changes, and in general a new adventure, so that definitely I enjoy.

“The time to develop a new car has been a little bit short I think for all the manufacturers especially in COVID times where suppliers have reduced the numbers of employees and whatever.

“We will start the rally with not as much mileage as we would prefer, so it is up to us now to make the best out of it.

“The first few rounds will also serve as a test session at the same time. The mileage that we complete in general is going to be very helpful.”

Neuville’s road to Monte Carlo hasn’t been the smoothest after a frightening testing crash in France last month that saw his Hyundai i20 N plunge into 30 metre ravine.

Luckily the Belgian was able to walk away unscathed while co-driver Martijn Wydaeghe suffered a shoulder injury that required surgery, but the latter is fit enough to participate this weekend.

Despite the crash, Neuville says he's had no concerns jumping back in the car to complete his final test runs this month. 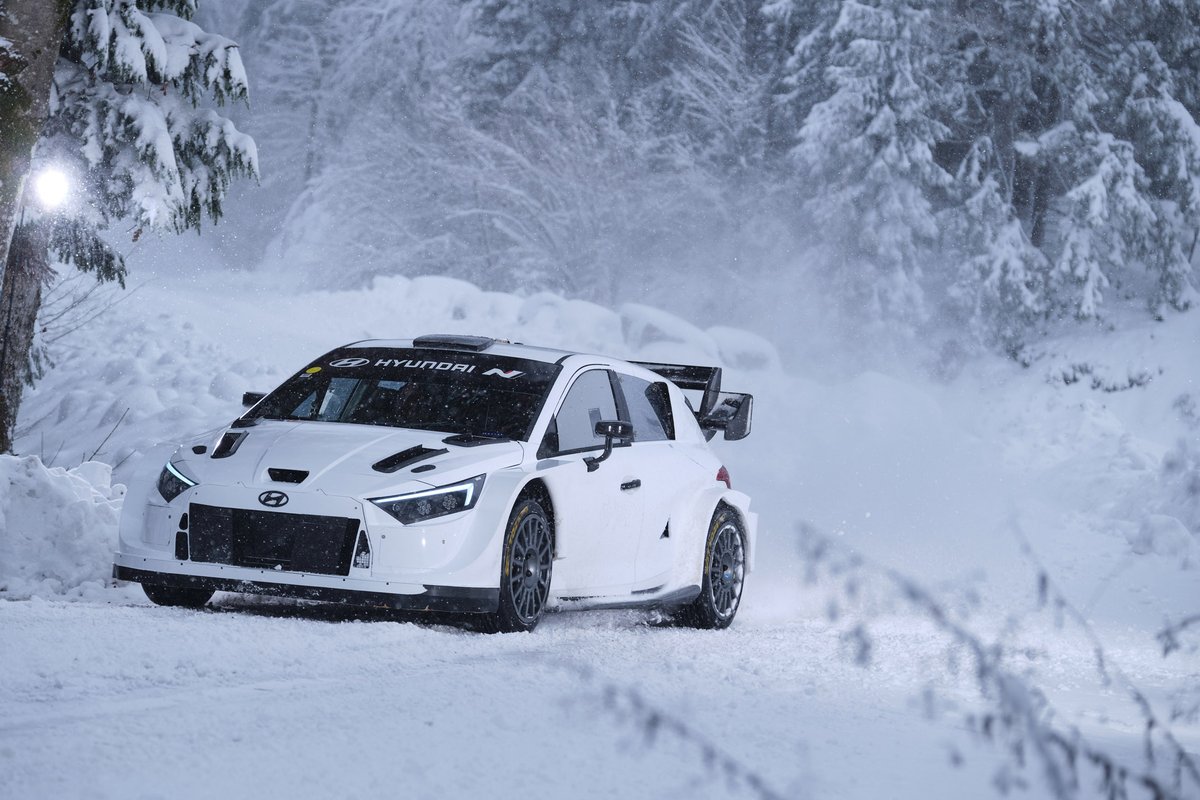 “I got back in the car and I immediately felt good again. There was no concerns about anything from the accident," he added.

“But for sure we have to work on the car to get it to how the driver wants it to be set up and be confident enough to get some decent performance during the first round of the year.”

Heading into this weekend reliability could prove the most important factor which Neuville is aware of, admitting that it could dictate strategy at Monte Carlo.

“Obviously we are improving the car every time we go out and do some driving,” he says.

“We have made good steps forward and it is going in the right way, but there is still some work left to feel comfortable and confident to attack a rally like Monte Carlo. We are getting there.

“Sure reliability has always been important throughout the season and it is getting even more with such close championship fights. It is one of the key points with a new year, with new cars and regulations and new technology.

“A lot will depend on the feeling and how you feel yourself.

“The cars are strong and built for those conditions but obviously you can’t drive slow and try to and avoid any problem.

“You can just be a little bit more gentle in some of the scenarios and situations in general, you can’t know when the car will break down, it is mostly by surprise.

“It will be more like how fast I go to avoid any mistakes and any surprises and get important mileage in the car.”

The 2022 WRC season commences on Thursday with the first stage to take place in darkness, beginning at 1918 GMT.