Citroen has dropped Meeke from its line-up for this week's Rally Poland, with Mikkelsen instead joining Craig Breen and Stephane Lefebvre.

Volkswagen refugee Mikkelsen had made his Citroen debut in place of Lefebvre at the previous round in Italy.

"I'm very sad that Kris won't be part of the team in Poland," Mikkelsen told Autosport, "and in a way I'm sad that it's me who is replacing him.

"There's no question it would have been a strong team to have Kris and I together this year.

"He knows the team and I would come with experience of the 2017 Polo.

"We could have challenged for the manufacturers' [title]."

Mikkelsen has put his experience of the other two 2017 World Rally Cars he has driven - the abandoned VW Polo and the Hyundai i20 Coupe WRC he tried last month - into the C3 and believes he made "real progress" in a recent two-day test.

"We worked on every aspect of the car, literally everything: suspension, differentials, we also went in different directions when it came to the kinematics," he said.

"We weren't just rearranging the current parts on the car."

Team principal Yves Matton admitted that Citroen had "needed to take a step back to note that some of the risks we had taken during development of the C3 WRC were not paying off.

"Our car is unquestionably fast, but the window in which it works efficiently was proving too narrow." 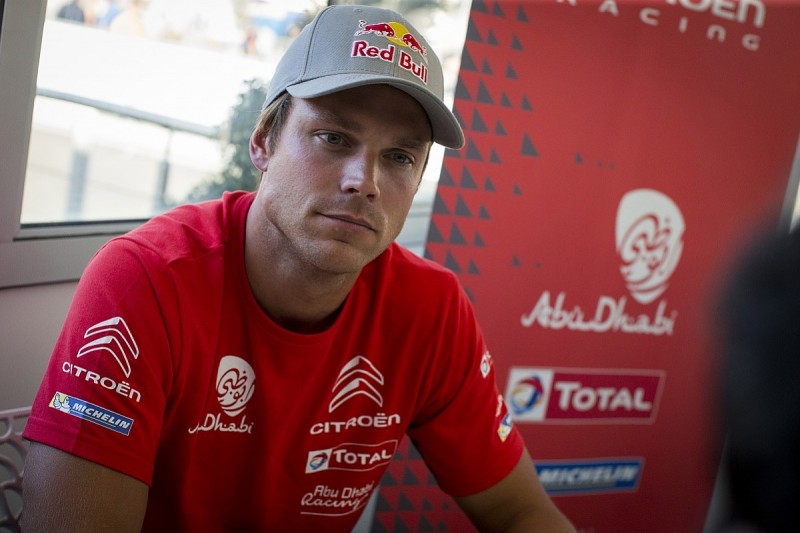 Citroen has implemented two homologation changes for Poland: a new rear differential rail and a modification to the torque split between front and rear axles.

Meeke was unavailable for comment, but a Citroen source confirmed both areas where he had been pushing for change.

"I have a car which is driving from the front axle more now," said Mikkelsen, the 2016 Poland winner and now optimistic of a podium this weekend.

"When I come to a corner, I like to go on the brakes to break the car into a slide and then get on the throttle, full throttle in the corner.

"In Sardinia I was braking, getting on the throttle and the car was sliding wider, there wasn't enough support for me coming from the rear."

Mikkelsen was a cautious eighth in Italy earlier this month, and defended his strategy there.

"I could have said: 'fuck this going slowly thing, I'll go fast,'" he said.

"But if I did that then it would have brought a lot more risk.

"I didn't feel at one with the car, it didn't give me feedback and I didn't know how the car was going to react in all situations and the last thing I needed to do was crash.

"I drove to my plan, learned so much about the car and that's put me in the position to help with these changes ahead of Poland."