The potential for Loeb to return to the world championship is understood to hinge on the outcome of today's loose surface test, which took place near Girona.

But the nine-time world champion would not be drawn on whether he would return to WRC competition for the first time since a one-off outing on the 2015 Monte Carlo Rally.

After testing the C3 WRC for the first time on asphalt in July, Loeb said he wanted to run the car on gravel before he made any conclusions.

Citroen team principal Yves Matton told Autosport that no decisions would be taken regarding a Loeb return - albeit on a likely limited programme - until after today.

After driving on a dry gravel road with a mixture of fast and technical sections, Loeb told Autosport: "I don't know how many kilometres [I did], but a lot and the feeling was good.

"It was nice to discover this car on gravel. For me it's nearly five years I haven't driven a World Rally Car on gravel."

Loeb's final gravel WRC outing was the 2013 Rally Argentina, but his full-time programme ended when he clinched his ninth title in Spain at the end of the 2012 season.

"The feeling was quite good and it came quite quickly. I feel comfortable in the car.

"The feeling was quite a good surprise [that I got] in the car - but I don't have any other reference of this generation of car, so I don't know how [we are compared with] the other cars." 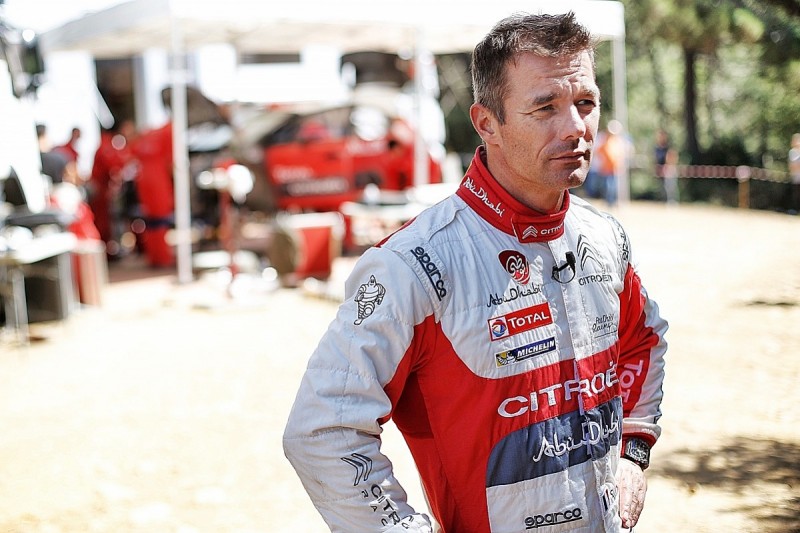 But Loeb admitted that there remained concern over the lack of grip from the rear of the Citroen in some sections.

"In the twisty sections I found it quite easy to drive, in the fast section it's a bit more pointy and a bit more like it is on Tarmac - it's more difficult to feel the grip on the rear in these places, but except for this it's OK.

"We are working to find more grip now. We are looking at different solutions now, we look to find something better.

Asked directly what the test meant about his future, Loeb said: "Nothing is decided. We have to go and think about today first."

Stephane Lefebvre tested the C3 on Tuesday and Kris Meeke will be behind the wheel on Thursday.

Meeke and Lefebvre will be joined in the Citroen team by Khalid Al Qassimi for the next round of the WRC, the Rally of Spain, in two weeks.