Britain's round of the WRC will remain in Wales next year, marking the 20th consecutive year of Welsh backing, but it appears increasingly likely the route will include a ceremonial start and opening stage in Liverpool.

Moving the event's base from Deeside to the resort of Llandudno is expected to be the event's other big change for 2019.

The Liverpool council member was accompanied at the Salou-based event by Rally GB organisers.

While neither party commented on the trip, Autosport understands there was a specific interest in the workings of the Barcelona street stage that kicked off Rally Spain.

A source told Autosport: "Barcelona is one of the most spectacular city-centre street stages in the season, so they picked a good one to go and watch.

"From what we can see, discussions are ongoing and looking very positive with Liverpool - don't forget it's really not far from the centre of Liverpool out to the current service park in Deeside or a possible new base in Llandudno." 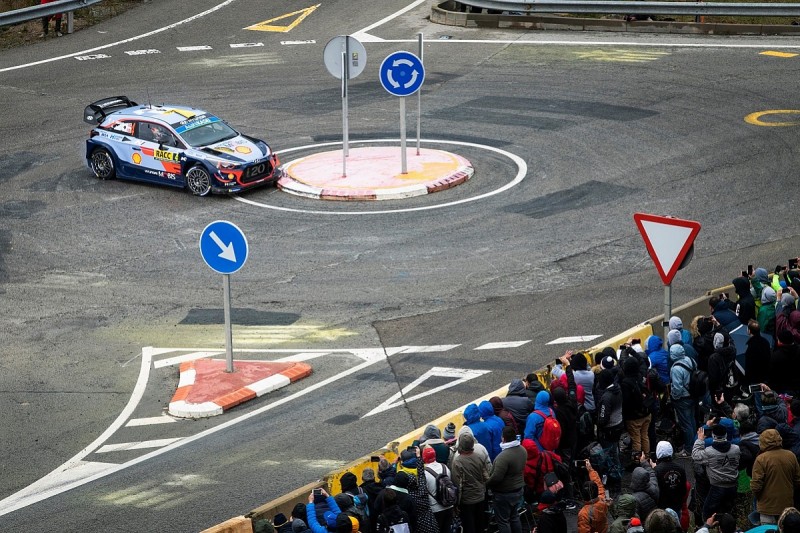 The event - which has not run for the past two years - previously made a push to join the WRC schedule for 2017.

Democratic Unionist Party representative Paisey chairs Northern Ireland's Motorsport Task Force, and attended the event to get an idea of what a WRC round could mean for Northern Ireland.

"I'd love to be able to say we can get it [WRC] to Northern Ireland," said Paisley.

"That's one of the reasons why I'm here, to look at the potential for a big motorsport event like this.

"And do we have the hunger and the capacity to take on something like this? This is Formula 1 standard and this is Formula 1 for the working man, and it's [about] trying to make sure we could cope with this.

"I think we could and I think we'd do it brilliantly, but obviously it costs money and Bobby has to persuade the government [of the benefits]."

Asked if he thought the Circuit of Ireland could secure a world championship slot, Willis said: "The Circuit hasn't run for the last two years and it's not going to happen next year, but we're targeting 2020 to bring the event back.

"I've never denied that my ultimate ambition would be to get the Circuit to the highest level of world rallying - that would be an incredible achievement for the team and it's a level at which I think our event would sit comfortably.

Neuville: I still have upper hand in '18 WRC title fight over Ogier