That was despite Rovanpera not even contesting the main ERC event, as he is too young to be eligible.

Instead he was participating in the parallel Latvian championship round, but his stage times were a match for outright ERC winner Ralfs Sirmacis.

Rovanpera - pictured with M-Sport chief Malcolm Wilson - toured the WRC teams when he attended the last world championship round in Germany in August, and has also tested Toyota's 2017 WRC contender. 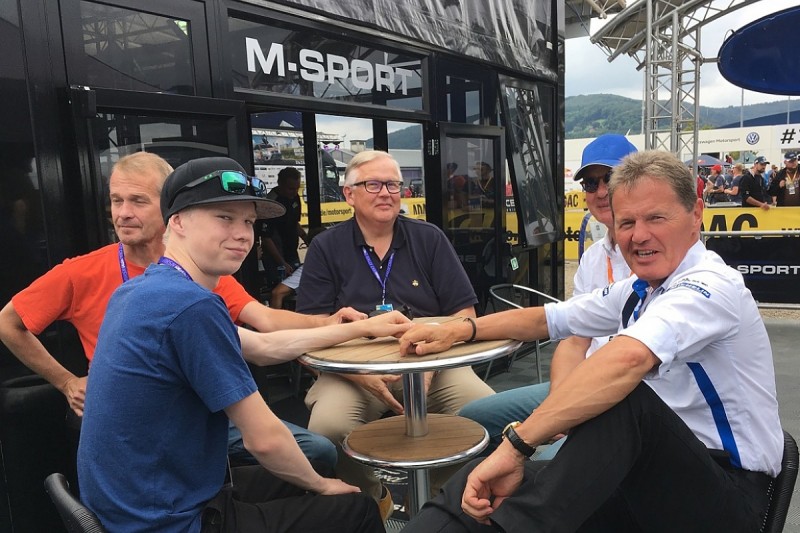 He completed 25 miles of running during an endurance test, with Toyota team principal Tommi Makinen saying the aim was to take a look at Rovanpera's approach as well as his car control and speed.

Rovanpera told Autosport: "I didn't do so much driving. [But] it was incredible to drive the car, a real honour for me to be in it.

"I am driving a [Skoda] R5 car at the moment, so the power and the downforce were very big things for me to get used to.

"The car was fantastic - I'm not sure I know how to describe it!"

As he does not turn 16 until October, Rovanpera is limited in where he can currently compete.

He cannot rally in his native Finland until he is 18 but is eager to get on the WRC stages a year before that where possible.

Wilson was impressed by what he found when he met with Rovanpera in Germany.

"It's incredible what he's achieving at that age," said Wilson.

"I think we were all quite surprised when we saw the first video when he was eight years old, but he's clearly growing into a quick young driver." 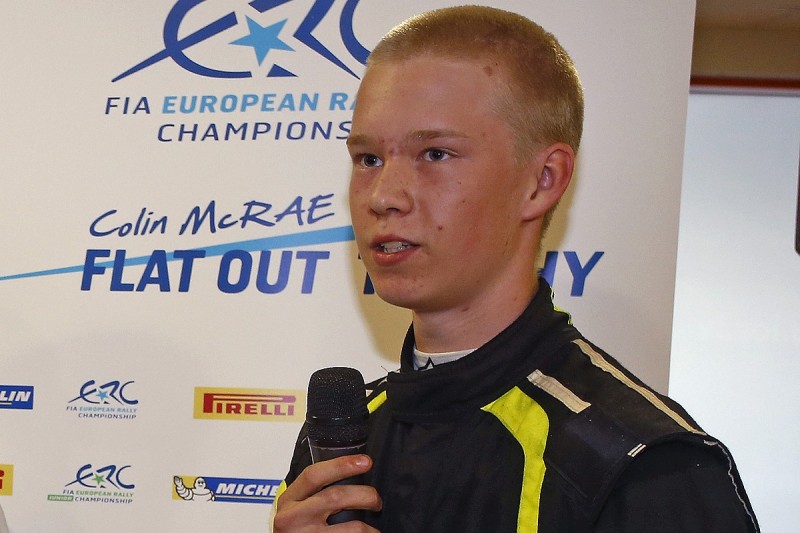 ROVANPERA: A YOUTUBE HERO BEFORE HE WAS NINE
By Jack Benyon

Rovanpera was already famous in rallying circles at eight years old thanks to a YouTube video showing him throwing a Toyota Starlet around on snow in typical Scandinavian fashion. Despite his youth, he was the talk of the WRC service park in 2009.

Since then, Rovanpera has swapped the Starlet for a Citroen C2 R2, and then a Skoda Fabia S2000.

His four-wheel-drive debut in the Latvian championship with the Fabia this year produced another YouTube thriller; the youngster barely dropping down from fifth gear, flat out on snow.

At the halfway point of the season, the S2000 was cast aside in favour of a Fabia R5.

On his maiden event in the car - the Lithuanian-based Rally Zemaitija - he beat current works Skoda driver Pontus Tidemand on the first stage and only lost out to the 25-year-old Swede by 9.8 seconds at the end of the event.

Mechanical problems between his rapid times in Liepaja meant it was the only round this year where he hasn't finished first or second, and he leads the standings with one round remaining.