Neuville started Saturday morning in Wales second to Tanak - who later retired with radiator damage - but an off dropped him down the order, before he recovered to fifth.

The Belgian has led the standings for the last six rallies, but his current advantage is the smallest one he has enjoyed in that time.

"The championship is far from over," said Neuville. "This one will go all the way to the end of the year.

"Wales [Rally GB] wasn't great for us, the mistake on Saturday cost us the chance of a podium.

"But we got back some places on Sunday and now we have to pick ourselves up and fight for the win in Spain and Australia.

"Of course, I would rather have a bigger lead than I have now, but cannot think about what has happened on recent rallies - we have to look forward." 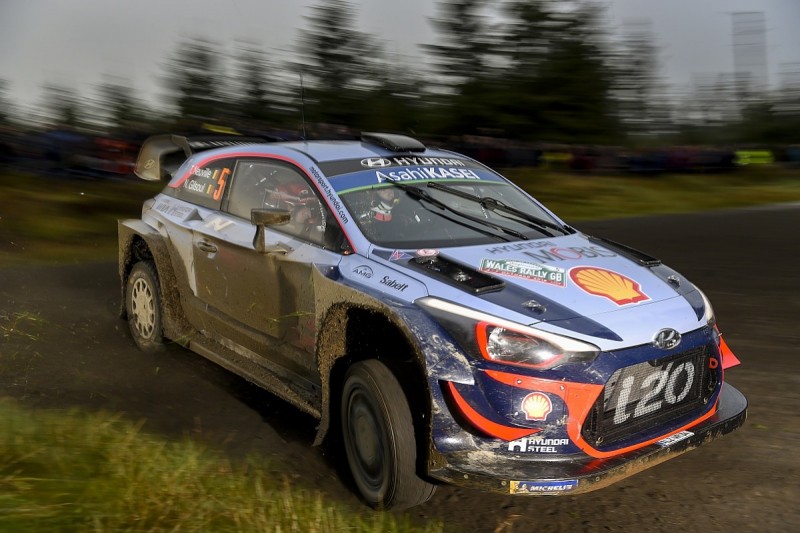 Hyundai team principal Michel Nandan said the Hyundai i20's pace improved over the course of the GB weekend, but admitted the team had failed to master the Welsh roads.

"We came to this rally hoping to fight for a podium, or even the win, but it hasn't transpired," said Nandan.

"We failed to get the correct set-up of the cars for this event.

"We made improvements during Friday afternoon, and things were better by Saturday but with Thierry's issue we were too far behind.

"We have to accept the result, learn from the experience and move on.

"We have allowed ourselves to fall behind in the [manufacturers'] championship and we now have just two rallies remaining this season from which we can bounce back.

"It will be an uphill battle but we have to give it everything possible."

Hyundai trails Toyota by 20 points in the manufacturers' standings ahead of the penultimate round in Spain.