Hyundai Motorsport is reviewing its World Rally Championship driver-line-up for next year while speculation continues to link Ott Tanak to a move to M-Sport-Ford.

Hyundai has already started to look to 2023, with deputy team director Julien Moncet confirming to Autosport that the team was assessing its options for next year before last weekend’s maiden 1-2-3 at the Acropolis Rally Greece.

This season the South Korean marque has fielded full-season cars for Thierry Neuville and Tanak, with a third i20 N entry shared by Oliver Solberg and Dani Sordo.

Although Tanak has a contract with Hyundai for next year, speculation regarding his future at the operation has gathered momentum despite the Estonian winning in Sardinia, Finland and Belgium this season.

Tanak has not been shy to showcase his frustrations with his equipment, which has been unreliable on several occasions, and the team’s internal organisation. Speaking after winning in Belgium, he openly stated that he didn’t think Moncet was the correct candidate to secure the vacant team principal role.

PLUS: How team orders could make Hyundai's historic Acropolis Rally a Greek tragedy

Asked if he would be driving for Hyundai next year following the team orders decision, Tanak offered a cryptic “we'll see next year,” as his reply.

When asked about Tanak’s future in Belgium last month, Moncet stated that he expected Tanak to stay with the team before saying: “I don't make contracts. But I say this, even if a driver has a contract, he can leave, just like in football."

While Moncet understood Tanak’s frustrations regarding the team orders decision in Greece, when asked if he expected the driver to remain with the team next year, he told Autosport: “We have a contact with him and we will discuss with him about the future like we do with all of our drivers. This is normal.

“Obviously when our 2023 driver line up is official, we will announce it in due time.” 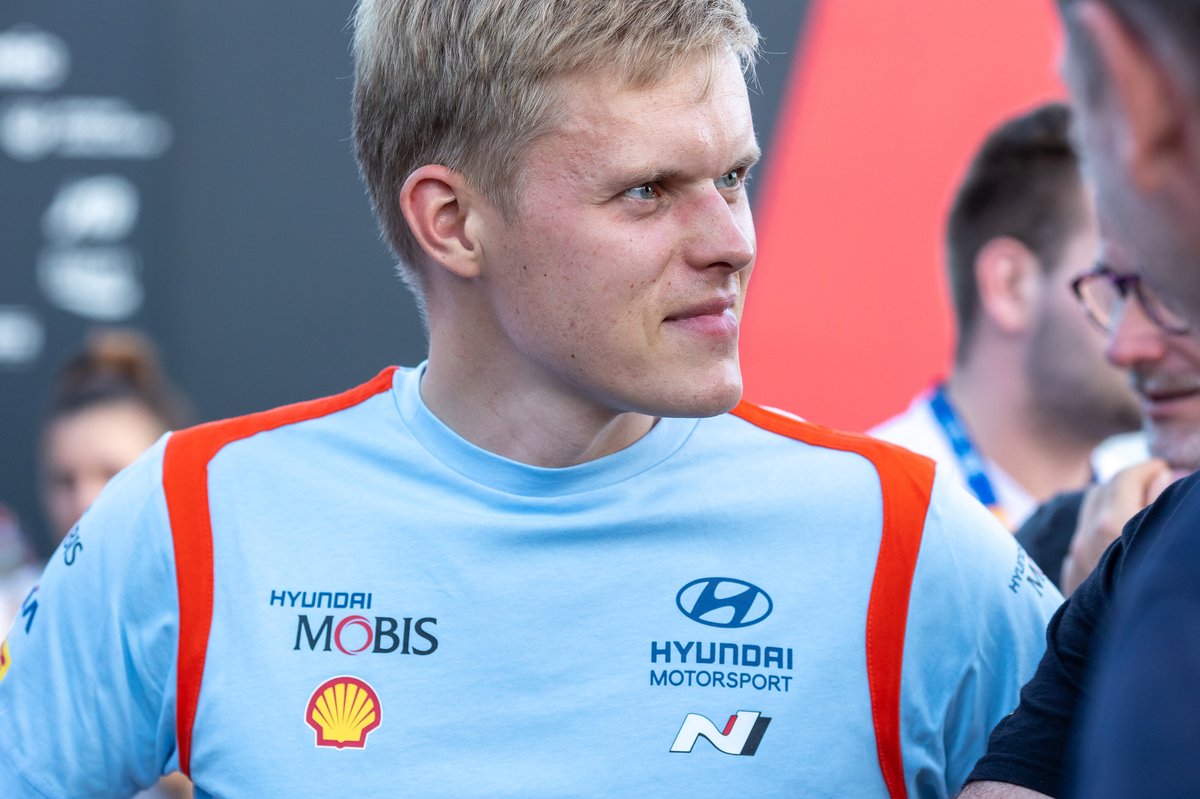 When pressed further regarding the future of Solberg at the team next season, Moncet replied: “We are looking at all the options for next year I cannot tell you much more.”

Should Tanak opt to leave Hyundai, M-Sport has emerged as perhaps his best option, with Toyota expected to field an unchanged driver-line up for next year.

Tanak has previous history with the Ford squad, having made his WRC debut with the team in 2011 and finished third in the 2017 standings before joining Toyota at the end of the season.

Tanak has addressed the service park chatter linking him to a return to M-Sport, stating it as purely a “rumour” following his victory in Belgium.

However, M-Sport is in the market for an experienced driver to join its ranks for next season alongside Craig Breen, who will enter the second year of his contract with the team in 2023.

This season the team has fielded full-time entries for Gus Greensmith and Adrien Fourmaux and partial campaigns for nine-time world champion Sebastien Loeb and Pierre-Louis Loubet.

Outside of Breen, the team’s line-up for 2023 remains an “open book” according to team boss Malcolm Wilson.

Wilson told Autosport in Belgium that it was a priority to secure another top driver for 2023.

“There is no question, for me being in the game this long I have to say my priority is to try and find a top driver," said Wilson.

“We have got no definite plans for next year, so it is a complete open book.”

WRC Acropolis Rally Greece: The Good, The Bad and an intra team squabble