Hyundai's i20 R5 will break competitive cover on the Tour de Corse at the end of the month, with three cars contesting the French island event

Hyundai factory crew Kevin Abbring and Seb Marshall will drive the Korean firm's R5, having completed around 3000 miles of development running in the car.

Sarrazin is no stranger to success on the island, finishing third in a Mini in 2013 and winning the event a year later - both times when it was running as a round of the European Rally Championship.

Abbring, who ran second in an i20 WRC at the end of day one in 2015, said: "It will be great to finally drive the New Generation i20 R5 directly against the competition.

"We've been testing since January and it's all been building up to this point, so to be part of the car's WRC2 debut is a great way for us to celebrate our achievement in reaching this point in the project.

"We know we have a strong package for Tarmac, but Corsica is one of the toughest rallies of the season.

"While it would obviously be great for me to come away with a strong result, the weekend will be all about the team and the i20 R5." 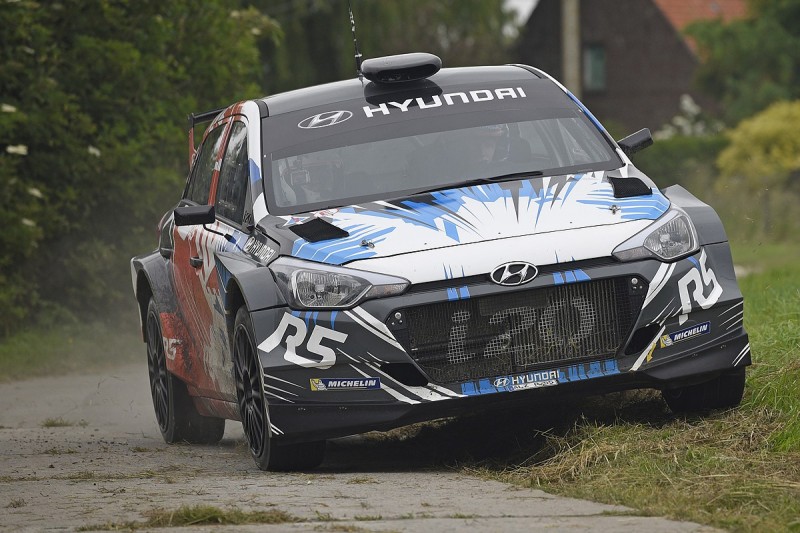 Hyundai Motorsport team principal Michel Nandan added: "With the competitive debut of the New Generation i20 R5 this year's Tour de Corse - Rallye de France will be the biggest event in the history of Hyundai Motorsport.

"The foundation of the customer racing department was an important expansion for the company, and we will have an unprecedented six Hyundai Motorsport-built entries at the start of the rally.

"For the first time we will compete with a car other than our WRC challenger.

"In taking on the R5 category and the WRC2 championship we have targeted one of the most competitive areas of modern motorsport.

"Due to the tight deadlines which have been a constant part of this project we are still awaiting final confirmation of the car's homologation for competition from the FIA.

"However, with preparations in the workshop well advanced the New Generation i20 R5 should be ready to compete in France."

Abbring drove the i20 R5 as a course car at the Ypres Rally in June and, while the car didn't register for times officially, the Dutchman would have been quickest on several stages against ERC competition.