The FIA will closely examine the World Rally Championship's current running order regulations at the end of the season, says its president Jean Todt

World champion Sebastien Ogier has complained about the new-for-2015 rule which forces the championship leader to run first on the road on day one and two - instead of just day one, like last season.

Todt visited the Rally of Italy earlier this month, where he talked with the leading drivers.

"The regulations are the same for everyone - we know that some drivers are complaining and some are happy with them," Todt told AUTOSPORT.

"It does not look to be having an impact on the classification of the championship at the moment.

"Moreover, it has been agreed by all stakeholders that a point will be made at the end of the year to assess the situation."

Under the latest rule the series leader is disadvantaged by having to sweep loose gravel clear for two days.

Ogier is adamant he won't stop talking about what he feels are grossly unfair regulations aimed solely at stopping him - or whoever is leading the championship - winning.

"We don't see this is any other kind of sport," said Ogier. "Why is it that we are so opposed to [success]?

"We see in tennis [Novak] Djokovic is winning everything and the same with Barcelona in soccer, but we don't see Barcelona having to score one more goal than anybody else to win a match.

"Success in these places is celebrated, but not for us."

The two-time world champion is 66 points ahead in the drivers' standings, and he stressed his continued success isn't undermining his own argument. 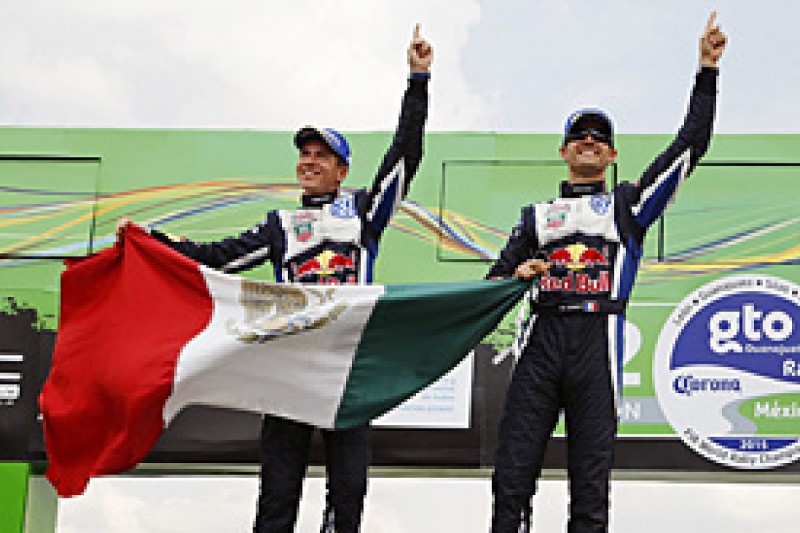 "I know which kind of performance I had to produce in Portugal and this rule will cost me some victories, but so far they are only rally victories," he said.

Ogier has called on the FIA to reduce the disadvantage by returning the regulation to how it was last season, with just one day at the front of the field for the leader with the rest of the rally in reversed overall classification.

He said: "The perfect solution for me would be to go back to qualifying.

"I thought this was fair, but OK, some people don't want this.

"So then maybe the next best thing is for the championship leader to open the road only on Friday.

"Some people didn't like this because it caused the teams to use too many tactics at the end of the day to try to find the best place on the road for the next day.

"But this strategy cannot be possible now because we don't have the split times in the car, so that wouldn't be a problem any more."