The Welshman's British Rally Championship title earned him a free entry for Rally GB on October 27-30 but he remains far from certain to be on the startline.

Evans contested his last planned WRC2 round of 2016 in Corsica last weekend and extended his championship lead with a class win.

He hopes to be able to return to a World Rally Car for GB - if M-Sport has one available.

"We have secured an entry for Rally GB because there is a small chance, if things work out, we could start," Evans told Autosport.

"It's a small chance, but if we didn't have an entry in then we wouldn't be going full stop.

"The entry was there and it was free, so we put it in on the chance that we can sort something out in the next couple of weeks."

M-Sport team principal Malcolm Wilson admitted sourcing a car was the biggest concern and he would need the available fleet of Ford Fiestas to make it through Spain unscathed before being able to finalise Evans's plans.

"That's biggest thing we're up against here - it's all about car availability," said Wilson.

"We need to wait until after Spain.

"I'm sure Elfyn wants to be in a World [Rally] Car in Wales, but the practicalities are that that might not be possible." 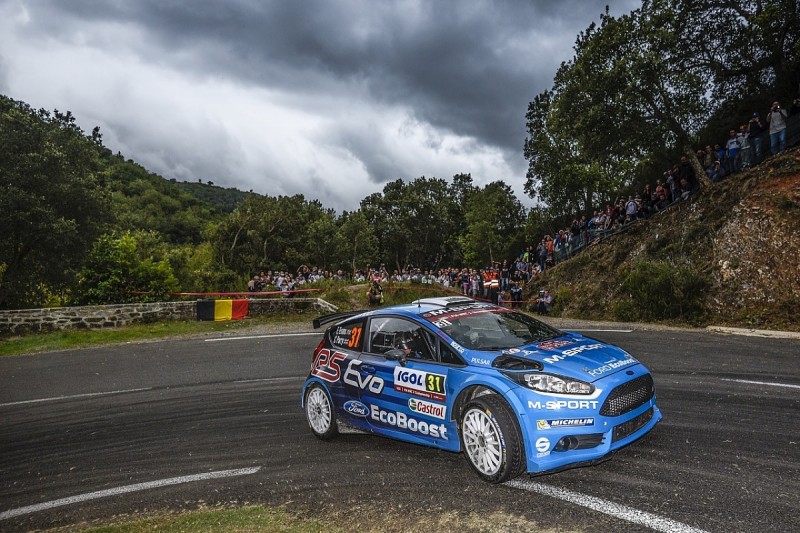 Having secured his third WRC2 win from seven starts in Corsica, Evans feels he is ready for a return to the top class for the first time since finishing sixth in GB last year.

"I want to be back in a World Rally Car," he said.

Evans's chances of winning this year's WRC2 title remain in the balance.

While he now leads the standings by 27 points, his nearest rival Teemu Suninen has two more scoring opportunities and could still pick up 50 points before the end of the year.