© 2020 Autosport.  All rights reserved.
Previous / Breen handed Ypres Rally outing with Hyundai
Next / Monza Rally to hold final round of season for WRC

Toyota driver Sebastien Ogier says he has not given up on taking a seventh World Rally Championship title this season, despite a costly retirement at last month's Rally Turkey.

Ogier lost his lead in the drivers' standings to Toyota team-mate Elfyn Evans when his Yaris WRC was struck down by terminal engine failure on the penultimate stage of the Turkish event, having earlier had problems when his car dropped from four to two-wheel drive on the second day of the event.

It means Ogier heads into this weekend's Rally Italy with an 18-point deficit to Evans with just two rounds of the truncated season remaining - with the Ypres Rally in mid-November set to conclude the campaign.

However, the Frenchman insists that everything is still up for grabs unless the series is further affected by coronavirus.

"We are in a situation where we don't know much about the future - all is uncertain," Ogier said.

"But if we do the two rallies like they are planned so far, then there are still 60 points to catch, so everything is still possible, and as long as there will be a mathematical chance [of winning], we will keep fighting." 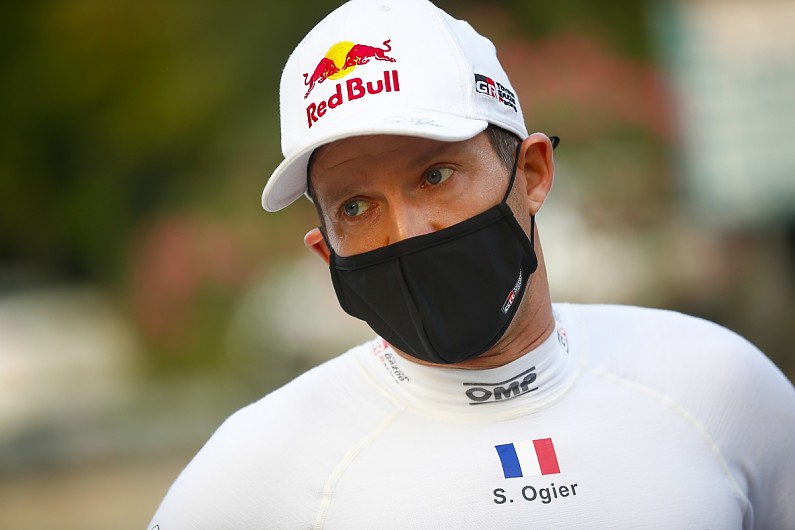 Ogier believes he is doing everything that is required of him to win a seventh WRC crown.

"I think so far we are doing the job - we haven't done any real major mistake this season, and we are definitely doing what we have to do to stay in contention for the title," said the 36-year-old.

"I think in Turkey we had a good speed and we were doing what we had to do to leave there with very good points for the championship but it didn't work out.

Reigning WRC champion Ott Tanak and the third Toyota of Kalle Rovanpera are both nine points behind Ogier in the standings, while Tanak's Hyundai team-mate Thierry Neuville is a further five points back in fifth place heading into the Italian contest.