The FIA is considering a revised plan for the World Rally Championship's future if the manufacturers fail to sign up for 2022 when hybrid technology is set to be introduced.

Regulations governing the introduction of hybrid technology will be delivered in December and gives the teams the first quarter of 2020 as to whether they will continue.

Current teams Hyundai, Toyota and M-Sport Ford are known to be pushing ahead on a hybrid World Rally Car, but none can give the final sign-off until the regulations are published.

Should the FIA's April deadline not be met, rally director Yves Matton says the governing body has time to revise its plans for 2022.

"The teams have to commit by April," Matton said. "This gives us an opportunity, if they do not commit in April, then we can work on a new strategy, and it would give us more than 18 months to be sure to achieve what I want."

One potential strategy could be to use the R5 as the platform for a radically cheaper new World Rally Car run with an alternative fuel.

"The manufacturers request this kind of car we have for the moment," said Matton. "I have some quite positive feedback for 2022.

"We ask this question at all of our meetings: how do we reduce the cost involved?

"We are working together to keep this at the best level possible while maintaining the technologies they request.

"The feedback is that we need this kind of car, and we need to do the best we can to keep them as cost-effective as possible, but this high-level of technology comes at the cost." 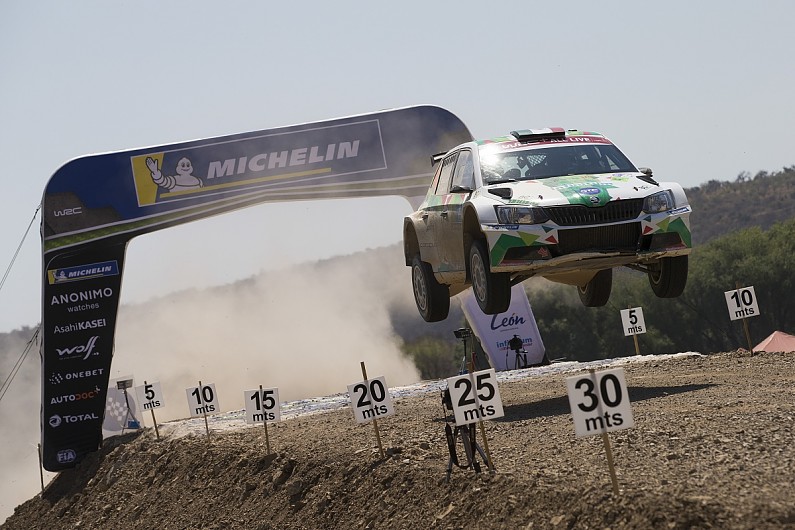 Matton confirmed there would be no cost-saving on the horizon with 2022's new regulations.

"We never say we will cut the cost," said Matton. "What we have to do is work to maintain the cost to the same level - it's not possible to bring hybrid and reduce the cost.

"The only way to reduce the cost would be to go to an R5-based championship, but it's not what the manufacturers want for the top-level car."

But R5 category cars remain at heart of the FIA's plans to develop manufacturer interest in the series.

"We have the target for 2023 to have 20 manufacturer-supported cars competing regularly in the world championship," he added.

"But working with the WRC2 and WRC3 categories for next year, this is when we start to see more cars supported by the manufacturers, and we will see more interest in this next year.

"We want a pro-am championship, but if we say we go to an R5 [World Rally Car] then the manufacturers will not follow.

"We need to have a balance between the top cars and some cars supported by the manufacturers from the lower categories."