Solberg, the son of 2003 champion Petter, has won five rallies in his Volkswagen Polo R5 in Estonia and Latvia this year, and also won on his European Rally Championship debut in Latvia.

He will make his WRC debut in what will be his father's final championship event, the two forming a two-car Polo team. Petter will be joined by his long-standing and championship-winning co-driver Phil Mills.

However, the younger Solberg only recently turned 18 and needed to pass his road-car driving licence in the UK to be eligible to enter Rally GB.

"I thought I knew a little bit about pressure before last week. I didn't," he said.

"I knew nothing about pressure. That was a crazy couple of days.

"I got one of the questions wrong on Tuesday and when I came out of the building and they told me I failed, the whole world fell apart a little bit. I couldn't believe it.

"It was my 18th birthday on Monday and I spent the whole day in my room just studying the book about the test.

"I was so upset. I thought about everything we had planned: my first driving in the WRC - now I was not going to be able to drive those amazing stages in the Polo.

"And, of course, it wouldn't be the same for my Dad, for us to drive in Wales together was so important for all of us." 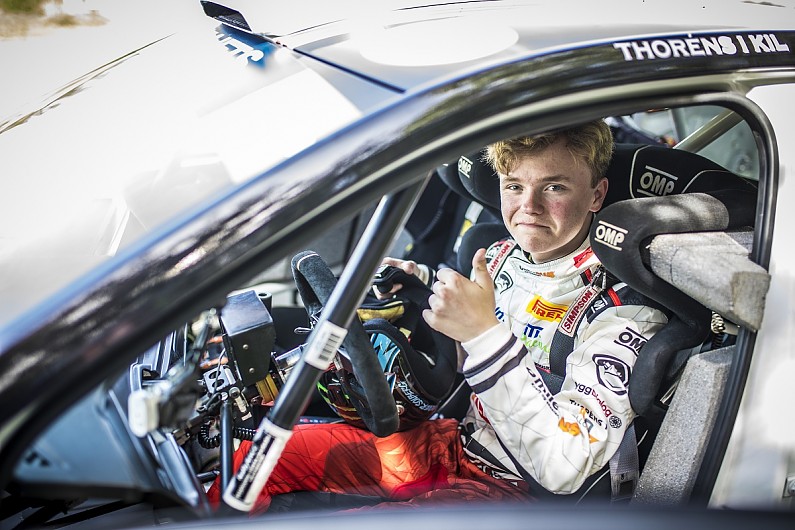 After failing his test Solberg went home, spent another night revising and returned the next day and passed.

Solberg Sr said he was impressed with how his son had dealt with pressure leading up to the event.

"He was a little bit upset to begin with," said Solberg.

"It was a tense moment, but this kind of pressure is part of the sport.

"He was calm when he started working again and he stayed with a good focus.

"It's no problem; now we think to the race and what we have ahead.

"This week is going to be a big adventure for the whole family. But what Oliver has to remember is, this is a tough event.

"It's much bigger than anything he's done before - longer days, longer stages and a lot of work on the recce."

Solberg Sr's brother Henning, a semi-regular WRC competitor, is also starting the event in the same WRC2 class in a Skoda Fabia R5, and the two will go over the ceremonial start ramp in Liverpool together.

On Friday's first full day, Solberg Jr will lead his father through the stages as he is ahead in the road order.

Petter retired from the WRC at the end of 2012, but returned for a one-off in a Polo in Spain last year where he finished third in WRC2.

He scored a podium when he last contested Rally GB in 2012, driving an M-Sport Ford Fiesta.