The Toyota World Rally Championship team says it has eliminated the weakness on rough surfaces that slowed it on last year's Rally Turkey ahead of the 2019 event this week.

Toyota still won in Turkey after its rivals hit trouble, but victor Ott Tanak was quick to admit that it had not been quick enough.

"Our performance was not so good," the current championship leader told Autosport.

"We did what we could, but it was difficult for me to try to make more margin when I was leading the rally.

"It would have been difficult to push harder. We had to do something."

Since then Toyota has conducted extensive work on its BOS-sourced suspension.

When Tanak and team-mates Jari-Matti Latvala and Kris Meeke drove the car at the pre-event test in Greece, there was unanimous approval for fitting the new parts.

"Last year we accepted we weren't fast, but we understood the others could run into trouble," he said.

"That won't happen this time. The other teams have learned about this rally and they'll be ready for it.

"We can't and won't rely on bad luck or poor reliability from the others."

Fowler's engineering team has been working on a process of lightening suspension components to reduce mass on each corner.

Asked if the team had taken a gamble running lighter parts on the season's roughest rally, Fowler replied: "This isn't something we've rushed into, we've thought about this for a very long time.

"These parts have been in the homologation papers since January. It's a big step, but it was a no-brainer." 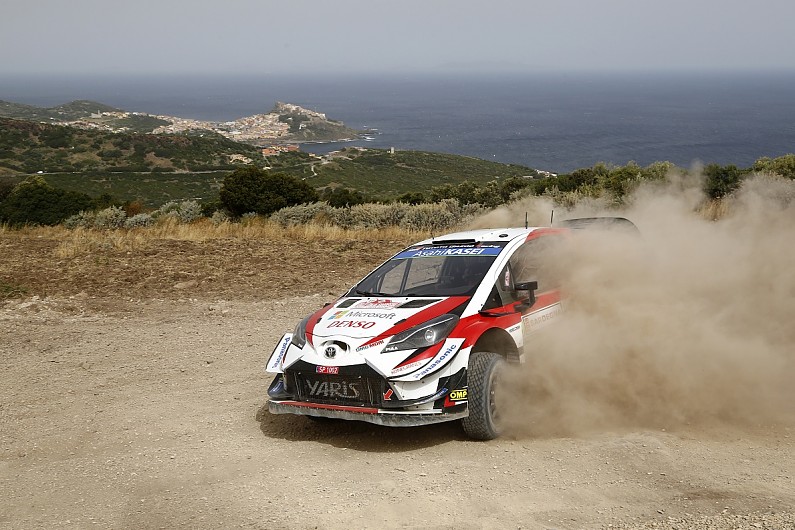 Fowler revealed the upgrades had been secretly trialled on the extra Yaris entered for Juho Hanninen on Rally Italy, the previous rough surface event, in June.

"These parts are the very reason that Juho was in Sardinia," he said.

"We thought about running them on the cars in Italy, but in the end decided to run Juho and see how they went under rally conditions.

"They worked very well, that's why we're going with them in Turkey.

"We've lightened some of the connector components in the suspension and the shimming inside the damper is a little different.

"Naturally, as engineers we were a bit more [guarded], but when all three drivers went for this, the fastest set-up, at the test, it was hard to argue.

"How big a step is it? It's hard to say. We were a fairly long way behind last year, so it's possible we've just caught up with the rest. We'll see this week."

In addition to the new suspension, Fowler's team has found a solution to the rear-wing question that came out of Rally Finland - where the FIA issued a rules clarification.

The device fitted to the back of the Yaris WRC in Germany was an interim unit, and a definitive new one - which will be visibly different to its predecessor - has been homologated and will run for the first time this week.

The brake problem that could have cost Tanak victory last time out in Germany has also been traced to the bedding process for pads and discs.

A new procedure has been implemented with the drivers completing the process for each set of brakes themselves.