The 2017 WRC2 champion contested the opening two rounds of the 2019 season in a third M-Sport-run Ford Fiesta WRC, finishing eighth on home soil in Sweden.

The Turkey start, his first gravel outing of the year, should be in a third entry again alongside M-Sport regulars Elfyn Evans and Teemu Suninen but Evans's fitness will be assessed nearer the event.

A back injury sustained on the non-championship Rally Estonia last month ruled Evans out of the following two WRC events, including next week's Rally Germany.

Tidemand said he was "so excited" to be back in Fiesta WRC because it had felt a long wait since his last appearance in February.

"I'm so happy that it's finally happening and want to thank M-Sport and my local partners for their continued support, and all the people who have helped me," he said.

"The Ford Fiesta WRC is the ultimate car to drive and even though there were a lot of new things to learn in Monte-Carlo and Sweden, I loved the car from day one. 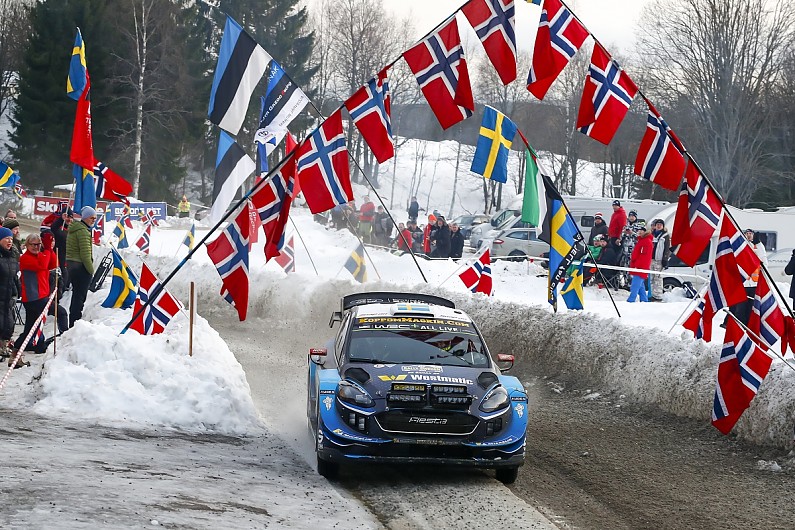 "I'm fully focused on preparing as thoroughly as possible because I know from last year that Turkey is a really tough rally - but I'm up for the challenge.

"I'm hoping to have good progression during the rally and that I'll be able to be more competitive now that I've got some experience under my belt."

M-Sport team principal Rich Millener said Turkey might give Tidemand a better chance to show his potential than Monte Carlo and Sweden had.

"This is something a lot of people wanted to see - myself included - and I'm looking forward to seeing how he performs in Turkey," said Millener.

"He didn't have the best of luck earlier this year - road position and some technical issues working against him - but when you take all of that into account it was a really solid debut and we're keen to see what he can do on gravel."

The only other appearance for M-Sport's third car since Tidemand's outings was in Portugal at the start of June, where Gus Greensmith joined the line-up.

The team was due to field former Hyundai factory driver Hayden Paddon in the extra entry in Finland a fortnight ago but a violent pre-rally testing crash ruled him out.

Greensmith was drafted into M-Sport's main line-up in place of the injured Evans for Finland and will continue to deputise for him in Germany next weekend.