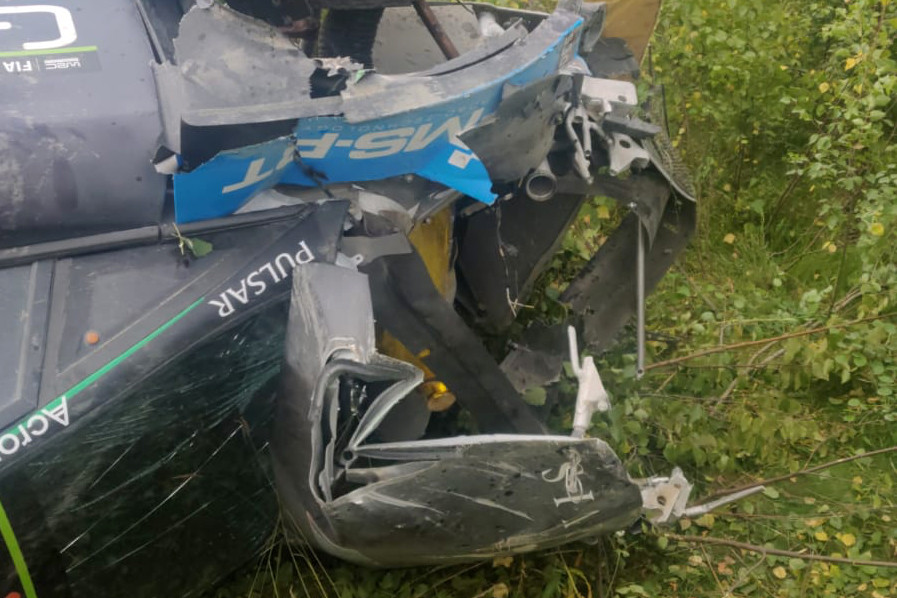 Hayden Paddon was due to return to the World Rally Championship in Finland, but this test crash means he won't even take the start (Images courtesy of Ylivaa Media) 1 / 9
Image 1 of 9 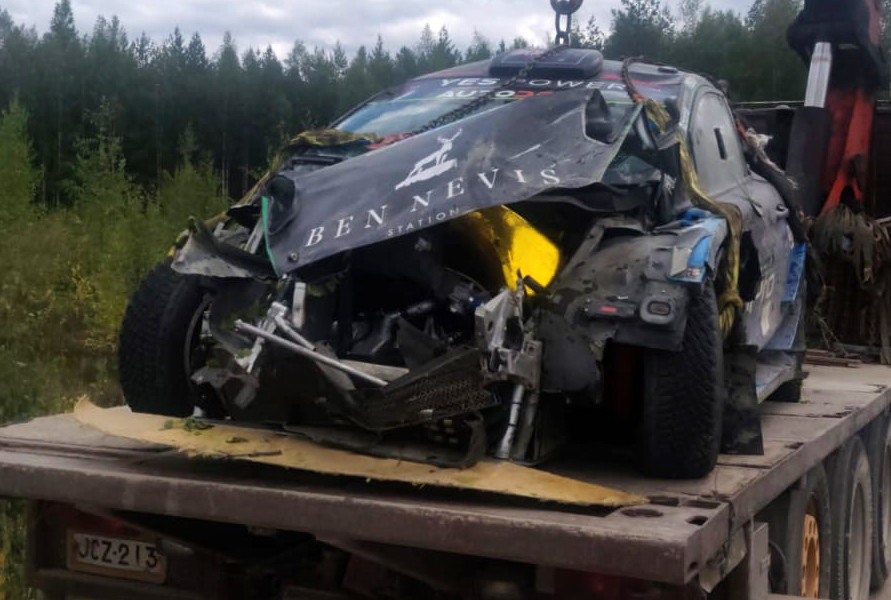 Paddon hit a rock as he came over a crest in Monday's test, in an impact that ripped the M-Sport Ford's sumpguard in half and sent the car off into the trees (Images courtesy of Ylivaa Media) 2 / 9
Image 2 of 9 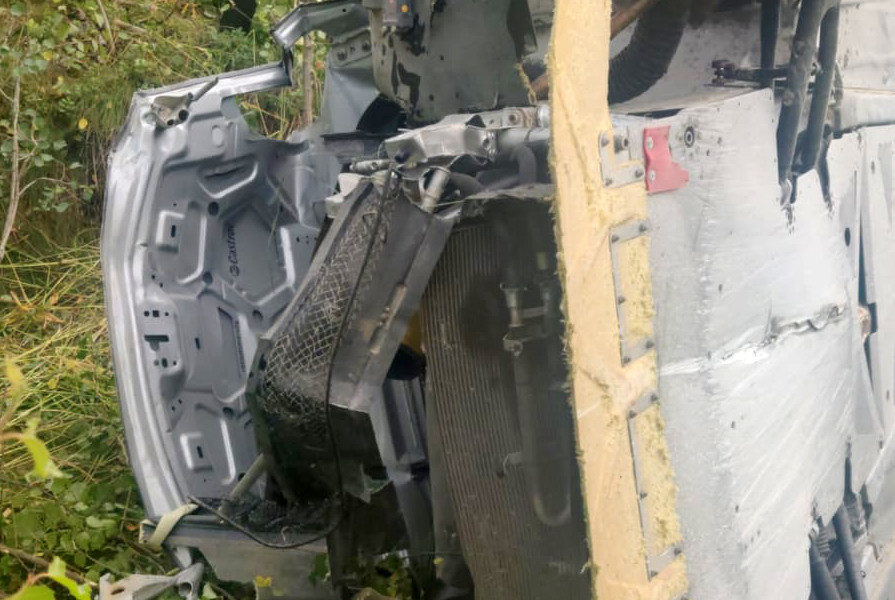 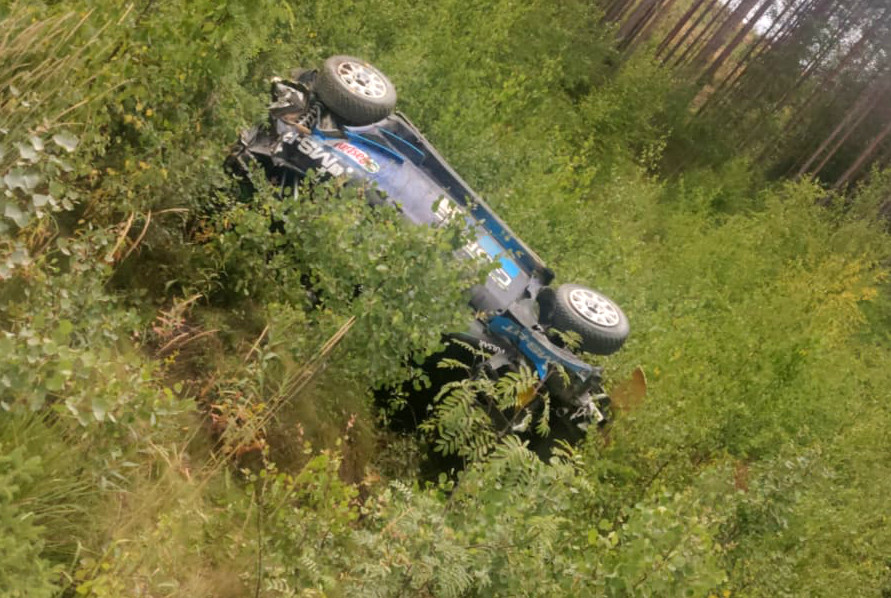 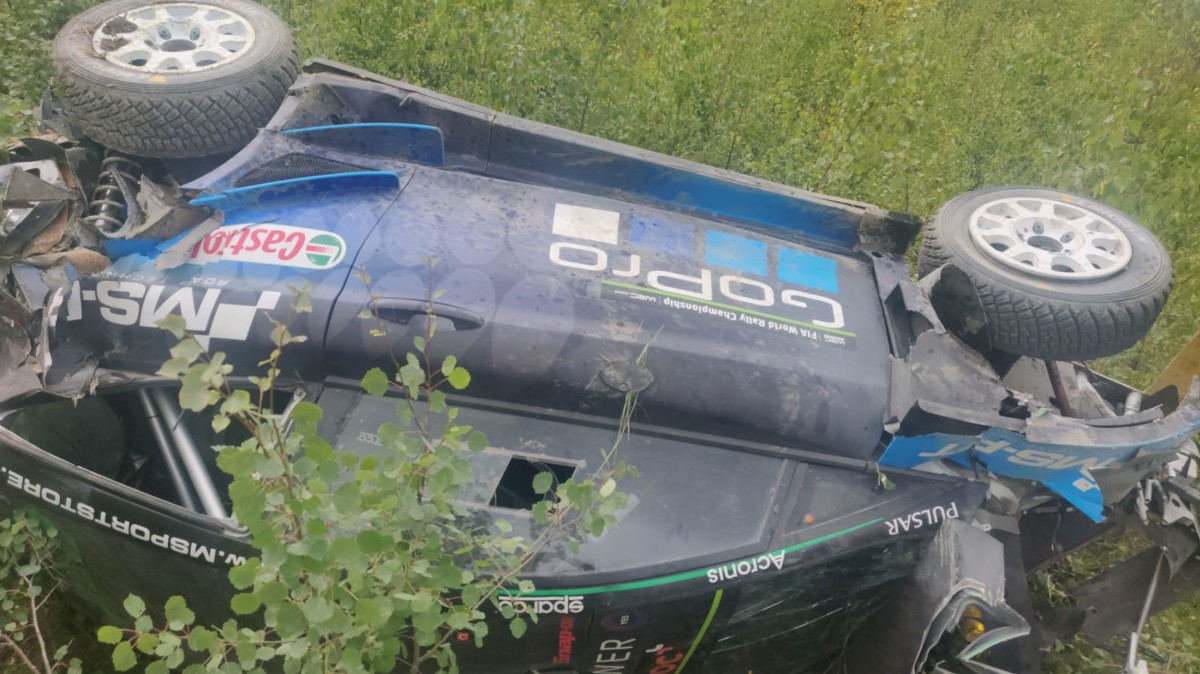 M-Sport immediately investigated whether it would be possible to repair the car or get a replacement out to Finland in time, but quickly concluded neither option would be possible (Images courtesy of Ylivaa Media) 5 / 9
Image 5 of 9 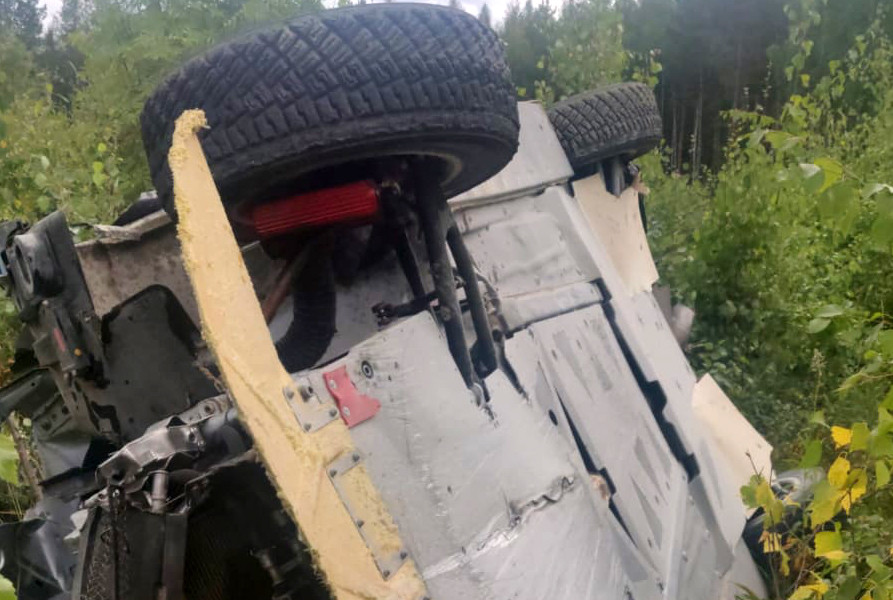 'It's so frustrating,' M-Sport team principal Rich Millener told Autosport. 'The car needs a jig and we don't have one and, even if we had a car built and ready to go, it would take three and a half days to get it out there. It's simply not possible.' (Images courtesy of Ylivaa Media) 6 / 9
Image 6 of 9 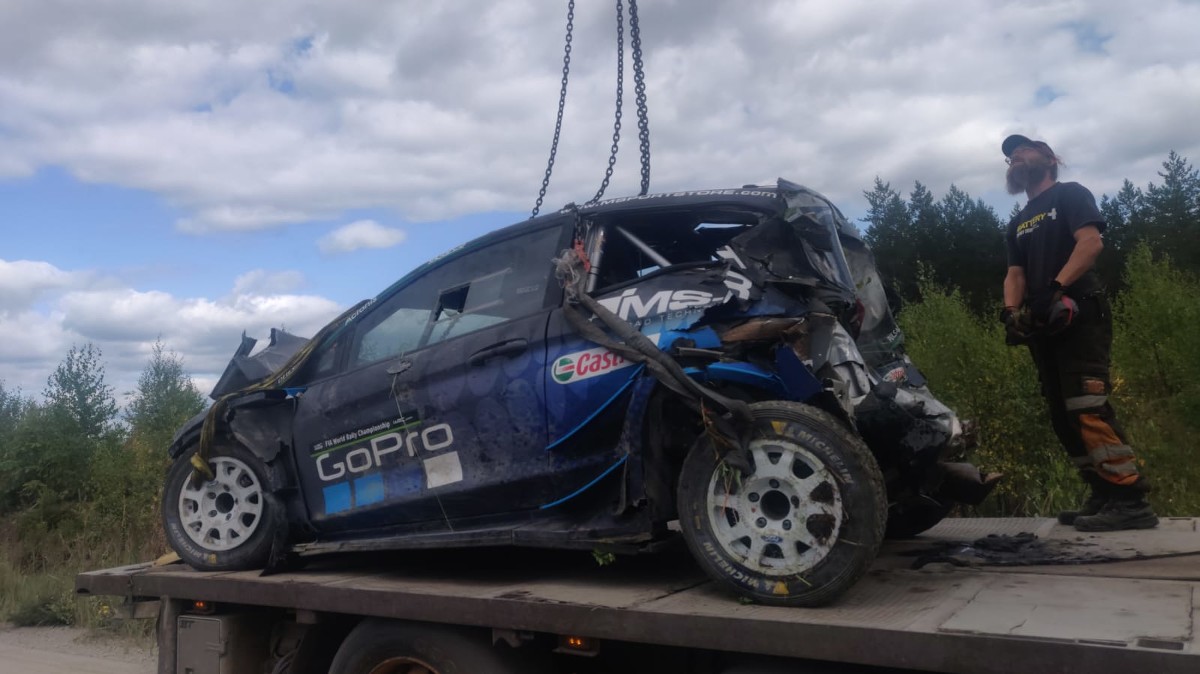 'After the accident I thought about things and asked myself: 'So, what would I have done differently?'' Paddon told Autosport. 'And the answer is actually nothing. That's one of the things that's actually so hard.' (Images courtesy of Ylivaa Media) 7 / 9
Image 7 of 9 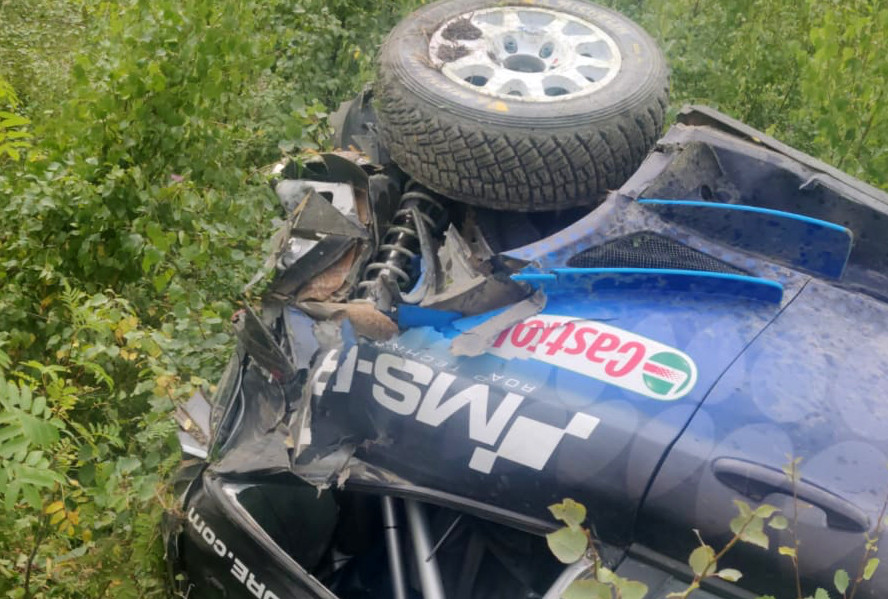 'We hit the rock right in the middle of the car and it just threw us off line and straight into the trees,' Paddon explained. 'At that speed, on a narrow piece of road like that, there's nothing you can do.' (Images courtesy of Ylivaa Media) 8 / 9
Image 8 of 9 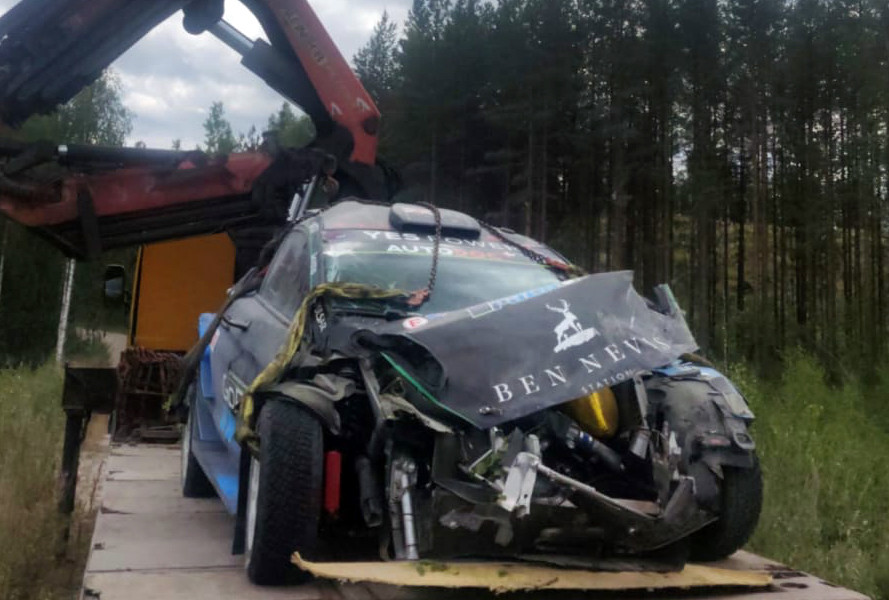 M-Sport had already lost regular driver Elfyn Evans for Finland due to an injury sustained on Rally Estonia, so will be represented by Teemu Suninen and Evans's stand-in Gus Greensmith this weekend (Images courtesy of Ylivaa Media) 9 / 9
Image 9 of 9
Latest

A crash in sixth gear while testing has ruled Hayden Paddon out of his return to the World Rally Championship with M-Sport on Rally Finland.

The Kiwi was halfway through his pre-event test in the Ford Fiesta WRC when he hit a rock in a blind corner, sending him off the road at high speed.

M-Sport's Finland preparations had already taken a knock with the news that regular driver Elfyn Evans won't start the event due to an injury sustained at Rally Estonia earlier this month.

His drive is taken by Gus Greensmith, with team regular Teemu Suninen in the other car.

Paddon called M-Sport managing director Malcolm Wilson immediately after the crash. Wilson and the team tried to find a solution but his one-off return has been stymied.

.@HaydenPaddon's #WRC return for @RallyFinland has ended before it could even begin - here's the onboard video from his @MSportLtd Ford of today's test crash pic.twitter.com/wgs58BCthL

"His instruction was to find a way to get him out to the event, but we just can't do it. It's so frustrating.

"The car needs a jig and we don't have one and, even if we had a car built and ready to go, it would take three and a half days to get it out there. It's simply not possible.

"Everything was going so well with him, he's been a pleasure to work with and we were all looking forward to the event."

Millener refused to blame Paddon for what he saw as a freak accident.

"When you test on a road like that, these things can happen," added Millener.

"We saw pretty much the same thing happen with Seb [Ogier] in his Finland test last year.

"The difference in that test was that Seb was in the test car rather than his entry car.

"There's always a risk involved with testing in the car you'll be running on the event and this time it's come back and bitten us.

"You can't help but feel really sorry for Hayden. We don't blame him for this.

"A rock's been pulled out and he's then discovered it sitting in the middle of the road in a blind, sixth-gear right-hander.

"There was nothing he could do to avoid it.

"It's hit the bottom of the car and sent them into the air and off the road. They were passengers."

Both Paddon and co-driver John Kennard were unhurt during the incident.