The Hyundai World Rally Championship team faces a driver shortage for Rally Finland, with Dani Sordo and Sebastien Loeb reluctant to contest the event and concerns over Andreas Mikkelsen's form.

But it benched Mikkelsen for Corsica after his poor start to the year and has now done so again for the next round in Portugal.

Hyundai will introduce updates to the i20 Coupe WRC in Finland, which is where the WRC season resumes after its summer break at the start of August. The team has never finished on the podium in the event.

Autosport understands former Hyundai WRC driver Hayden Paddon was offered a one-off outing in Finland again this season, but the chances of him rejoining the line-up have now faded. 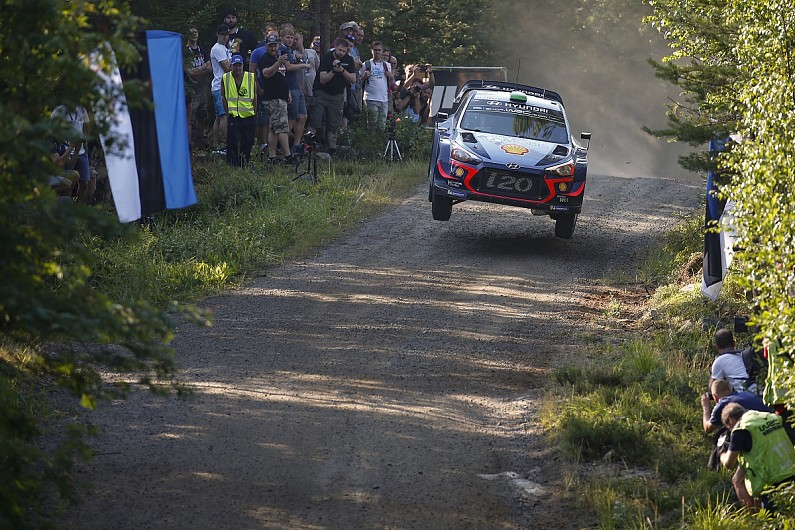 There was speculation that Hyundai's former junior driver Jari Huttunen could return to the fold and get a WRC seat for the event, and the 25-year-old has been entered in an R5 Hyundai for this weekend's Finnish Rally Championship round the Riihimaki Rally.

But Hyundai team director Andrea Adamo said he was unwilling to look outside his main pool of drivers.

"Nowadays you have seen you cannot jump in the car and be fast," he told Autosport.

"The level is so high, we are no longer in the days of Lancia when you had the likes of [Jorge] Recalde or [Pentti] Airikkala, guys that could jump in the car and fight for the victory.

"The commitment these guys need now is so high - it's really a three-day GP and you fight on the 10th of the second."

He said he was "thinking" about how to approach the Finland line-up.

"My job is to think about all the ingredients needed for Hyundai to win the championship," he added.

Loeb is contracted to do six rallies for Hyundai this season, and the recent news that he would replace Mikkelsen again for Portugal takes him to five. The sixth is expected to be Catalunya in October, and Loeb replied "no, no, no. I don't want to do Finland. It's during the holidays" when asked if he would consider adding Rally Finland.

The focus of Hyundai's development work on the i20 Coupe WRC is centred on the aerodynamic balance of the car, and Adamo says the benefit will be felt everywhere - not just in Finland.

"We don't work just for that rally," he said.

"We work on many areas for the car, but the biggest change, I think, will be visible. It will be aerodynamic.

"The car is catching up, we are not as fast as I want us to be. We need commitment to improve in a rally where we are not so competitive."

Hyundai continues to lead the WRC manufacturers' standings, but Neuville fell behind Sebastien Ogier and Ott Tanak to third in the drivers' points with his huge crash in the last round in Chile.