Dissatisfied defending World Rally champion Sebastien Ogier is pushing his Citroen team for what he sees as overdue changes to the C3 WRC.

Ogier scraped onto the bottom step of the podium after an inspired five-point powerstage win at last week's Rally Argentina - but stressed that improvements are required.

Ogier's efforts ensured he contained the loss of points to series leader Thierry Neuville, who won his second event in succession for Hyundai, to eight points ahead of next week's Rally Chile.

Ogier told Autosport: "I know I have identified for some time some other issues [with the car] which, unfortunately, takes time to be changed. I said already I am pushing the team to get it as soon as possible, but it's still not the case."

Asked when he expected the changes, Ogier replied: "I have no idea. I cannot answer you, but it's many place on the chassis, the differential. Both of them. We need this development.

"We see the other teams moving ahead and we have to stay with them if we are to have any chance for the championship.

"We have some ideas. I mentioned things that have to be changed, but it takes time and it's also not easy. We have to push the team hard and get it even better for the next event.

"I'm satisfied with the points I got [in Argentina], for sure.

"But I am still not satisfied with the speed we had over the weekend. I have been struggling in many stages with the pace, especially in the first loop when it was slippery. That means we still need to work. Getting 20 points is more than I expected to be honest." 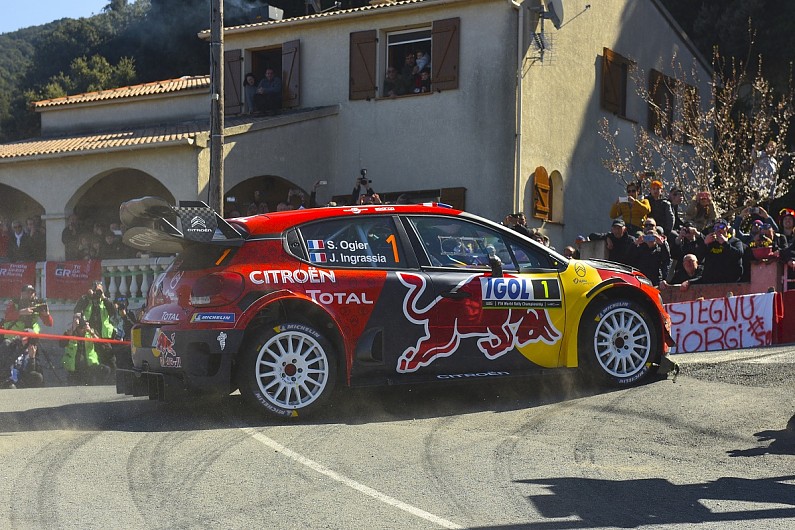 Citroen team principal Pierre Budar said the team was working on the car's development constantly and pointed to the recent switch from Ohlins to Reiger dampers for gravel as evidence of that.

"The fight is very strong and all the team are improving cars," said Budar.

"We know we are on the same line with Seb on the development to be done.

"You can do what you want, but you need to work on some developments to produce prototypes then test, experiment, then fix the durability and do the homologation - it's a long process.

"Even if it's too long, I agree. We are trying to do it as quick and as fast as we can.

"I can understand Sebastien is impatient and I am thankful for that - we need that sort of pressure to make sure we are doing this as fast as possible.

"I am ok for this and I want to improve as fast as possible. We are completely on the same line. We want the same thing: we want the good result."

With Chile understood to be likely to bring more slippery conditions next week, Budar admitted the team had some ideas to improve grip from the car.

"We have understood what was wrong with the car and maybe it can be different in Chile," he commented.

"We will do what we can to give him and Esapekka [Lappi] a better car. For sure we are not very happy because the car does not perform very well for him, we are disappointed and we are sorry for that."