Ott Tanak expects to start fresh World Rally Championship contract negotiations imminently, but will not be drawn on whether his future lies at Toyota beyond the end of 2019.

Tanak took four wins, six podiums and the most stage wins of any driver in 2018, but lost out in a three-way fight for the title on Rally Australia in his first season with Toyota.

He has taken three podiums on the first four rounds of 2019 and lies third in the championship, behind Sebastien Ogier and Thierry Neuville, but only five points off the lead.

Tanak's current two-year agreement with Toyota is up at the end of the season.

Asked about his plans for 2020 onwards, Tanak told Autosport: "I'm keeping my eyes and ears open.

"I definitely want the best possible opportunity for the future.

"I don't know how long I [will] continue, but if I continue then I want it to be in the best possible way.

"We will start to work on a deal now, there's no point to leave it long into the season." 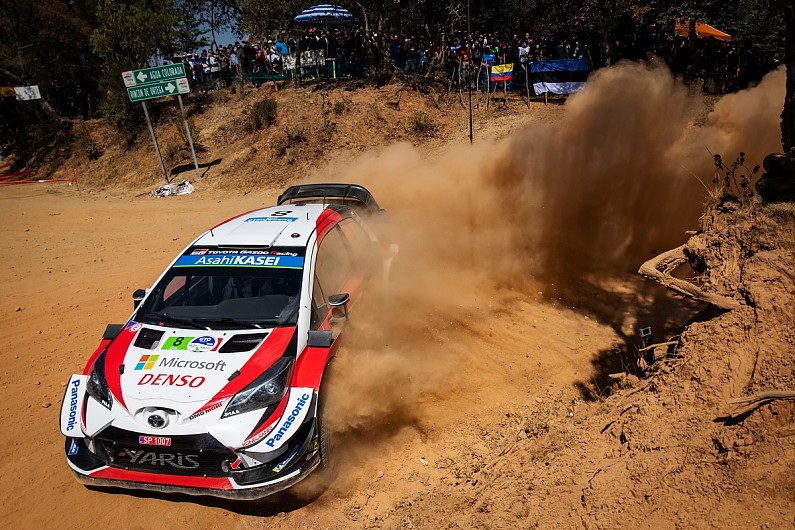 Tanak said he would not walk away from rallying if he wins the title this year.

"Like I said, there's more for more to achieve in this sport," he added.

He praised Tommi Makinen and Toyota for the way they bounced back from mid-season issues in 2018.

"It was a little bit tough last year," said Tanak.

"But we've got some more people now and some of the stress has gone from the chief engineers - we have more hands and less stress.

"This gives us the chances to work more than last year.

"It's true things were a bit tight [last year], but we're all a bit more relaxed now.

"It's an open approach with a good atmosphere that I like in the team."

Tanak's Toyota team-mates Kris Meeke and Jari-Matti Latvala also have contracts up for renewal at the end of the season.