Toyota driver Ott Tanak has revealed he effectively retired from the World Rally Championship when first dropped by M-Sport.

Tanak was shown the door by Malcolm Wilson's team after a turbulent 2012 season (pictured above) and has admitted he turned his back on the WRC at that point.

"Let's say I was not pushing to come back. I drove a Group N car at home, but I did it for fun.

"This is an expensive sport and at the top level I knew it wasn't possible just to do it a bit - so I had no plans.

"But somehow we got some new opportunities, some new chances and then it came back." 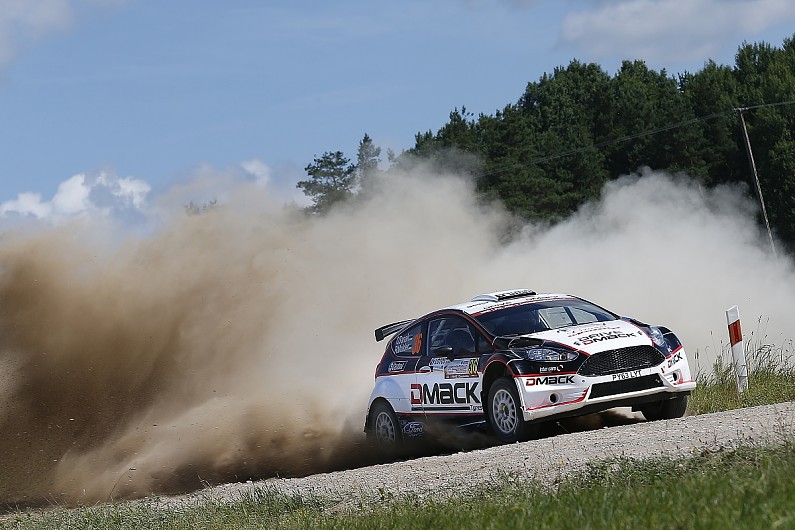 Tanak was thrown a career lifeline by M-Sport and DMACK with a partial programme in 2014 (pictured above) that led to a recall to the main M-Sport team the following year.

Though he was demoted back to the satellite DMACK car for 2016, he earned another frontline M-Sport chance last year and became a WRC event winner and outside title contender for the first time.

He then accepted a Toyota offer, and his second place in the Yaris on last week's Monte Carlo Rally marked the first time he had driven a non-M-Sport car on a WRC round since winning Production WRC in a Pirelli Star Driver Mitsubishi Lancer Evo X on Rally GB 2010.

The latest edition of The Autosport Podcast reveals the secrets of Sebastien Ogier's Monte Carlo win, and asks if anyone can take the fight to the M-Sport Ford driver in the 2018 championship