Before I even opened the curtains, I knew it had arrived. My prayers had been answered. It was the noise that gave the game away. And the light. Even from behind the curtains, it was always a bit lighter... when it snowed.

Living mid-way up a reasonably steep hill, my parents' house was perfectly placed for the audible accompaniment to a two-wheel drive, summer-tyred summit attempt in the snow. There was the enthusiastic approach, which rarely made it past the Sunderlands' house at number two. Then there was the more conservative effort; much feathering of the throttle in these pre-traction control days would merit the halfway point. Maybe.

And that was where the noise came from: the rise of the revs courtesy of the hopelessly spinning wheels. Or, there was the alternative, the car trundling down the hill on idle, usually Mrs Wright frozen with fear; then silence. Wheels locked, engine stalled. We had our first passenger of the day.

Obviously, the next question was all about school. Surely it would be shut. Breath held while mother made the call. Day off. Game on.

Sledge slung over the shoulder, the top of Etching Hill was the only place to be.

But as darkness fell, it was time to return home for the next stage of my impromptu winter entertainment programme: helping to push cars up the hill. Those hardy souls who had ventured out had spent much of the day fearing this moment of truth.

There were two exceptions: my father and Pip. Both of whom shared significant levels of fever and had probably spent the day in meetings dreaming of the drive home.

My father was a rear-wheel drive man, so his efforts were always spectacular, attacking the apex at the bottom of the hill on the lock-stops. Just as momentum was giving way to straightforward physics, Dad would crawl towards the softer snow at the side of the road or find traction against the kerb, where few others thought of looking.

Then there was Pip. He was older than me and younger than Dad. And he road rallied a Cooper S. And lived at the top of the hill. You could hear Pip coming.

You know that beautiful tranquility that accompanies blizzard-like snowfall at night? The sort where the moment seems frozen in time, a perfect thickening white blanket of snow transforming the vista into a near-mesmeric state? You know the one.

A mile out, the noise and whine of the 'S' signalled his arrival home from work. His day job was making then testing powerboats; Pip was that cool.

But on one particular day, he was too cool for school. Giving the Mini the big one coming to the 90-right at the bottom of the road, it was never going to happen. He drifted wide, smacked the kerb and put the car very neatly on its side.

Aged around nine, I stood, mouth open. It was, without a doubt, the coolest thing I'd ever seen.

My love of snow has never flackered and 30 years later it's hard to say who's more excited when we await news of the children's school...

So you won't be in any way surprised to hear that Rally Sweden remains one of my favourite events of the year. Which is why I've been looking forward to this week for a while.

The anticipation as the plane descends through the clouds is unbelievable. Nose nailed to the window, I need to know what Karlstad has to offer. And there it is, the country has been freshly carpeted. All in white.

As the years passed, my demands of snow-based commitment have grown. Dad and Pip did the trick a few years ago, but now it's all about Sebastien Loeb, Mikko Hirvonen and the rest of their World Rally Car gang.

You need to go somewhere quick. Ultra-quick... limiter-in-top-bothering quick. Sagen is full of these places. Dig yourself a hole in the snow, make a fire, pour some hot chocolate and wait. The anticipation builds... and there it is: a Finn in full flight.

A subconscious step back (careful of the fire at this point...) and a double-take.

How did they do that? Seriously, how?

The sensory invasion is immense and, actually, nonsensical. Granted they have 1,536 studs (384 per wheel) to keep them on the straight and narrow, but those studs are nothing - there's only seven-mil sticking into the ice.

It's not just the speed, either, it's the sound of the studs cracking through the ice and the chill-blast of air that smacks you in the face, accompanied by a rooster trail of snow dust. It's winter magic. It's dancing on ice.

And the good thing is that, apart from the raw speed, the smell of the fire and the slow onset of frostbite in your toes, you can experience much of the sensation on the television this week.

Unless you live in Britain.

Still no World Rally Championship coverage for us Brits - how shocking is that? I was really wound up at not being able to re-live those Monte moments with my children when I got home last month, but not being able to show them the highlights of Sweden has really got my goat.

What the hell is going on?

I love this sport and I'm fortunate enough to earn my living in it, but what about those folk equally passionate about rallying, but not privileged enough to work in the world's service parks?

The only answer is to listen to WRC Live - and hope the split times are working this time...

Fortunately, we do have a man with a plan in Jarmo Mahonen. The FIA's rally director is a Finn, which means rallying is a religion to him. Mahonen knows the score.

He knows how important telly in Britain is, just like he's well aware of how important it is to know where the rally cars are at any given time and who's leading the rally. Jarmo knows this substandard start to the season can't carry on. And he won't allow it to.

Sorry to have banged on about politics again, but at times like this I just can't help myself. Frustration doesn't come close.

Fortunately, snow at home has brought some respite. Not least in the realisation that our children both have an in-built understanding of the utmost importance of the handbrake.

This point was hammered home when, on a recent and particularly snowy trip to Granny's house, the fever-pitch excitement was shot-down in a miserable second's realisation that the council had done its worst.

"Daddy," my son said in hushed tones from the back seat, "I know we don't say hate... but I hate gritters."

Then it started snowing. And he smiled again. And so did I.

Chances are, it'll snow some more this week. And, in the absence of anything worth watching on television, you could always head for the hill.

You never know, Pip might have the Mini out... 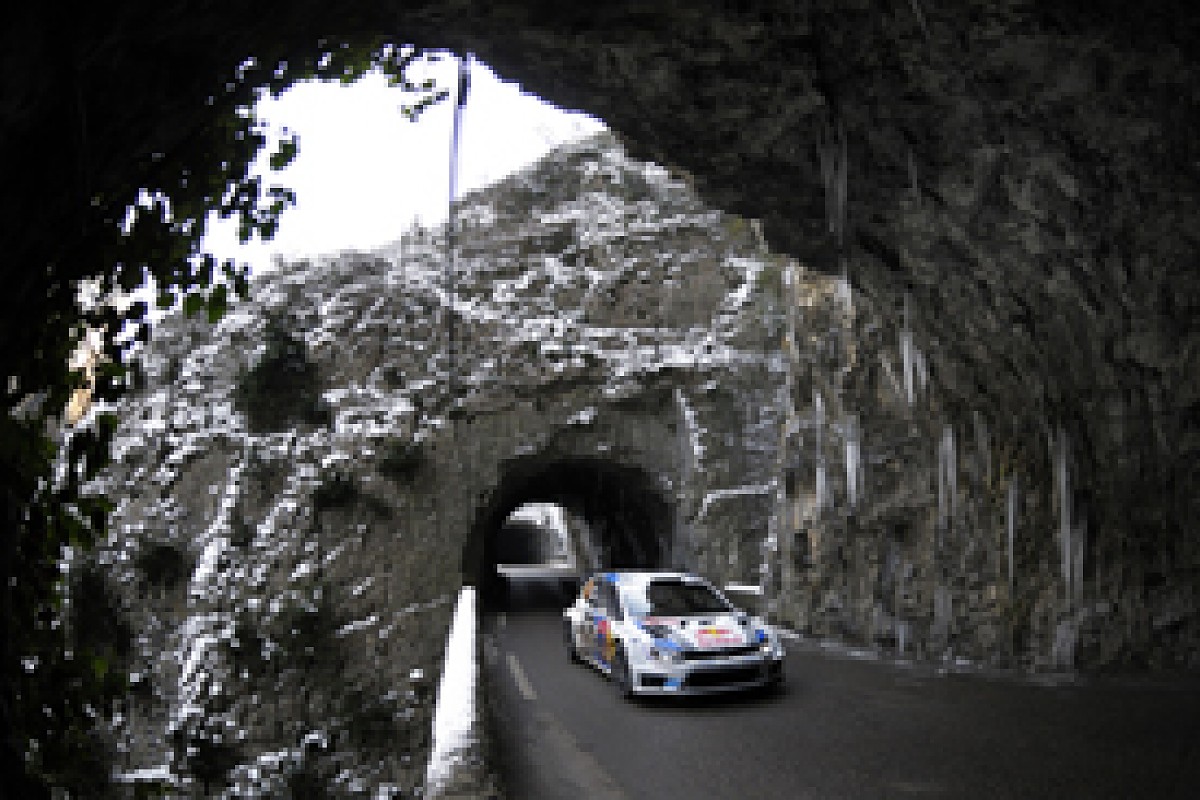