After too many years of not making it to the Park, this time I made it.

As you know, this year's Rally of Spain included a start from outside the Cathedral in the centre of Barcelona and, more importantly, the pre-event press conference. When I heard that, I knew I absolutely had to make the trip up the road from Salou. And I knew I had to make it count this time.

World Rally Championship events make no allowance for sightseeing, but this was going to be different. I set out a little earlier than necessary and made my way to a place I've been meaning to visit since 1992. And a place that had massive meaning to you and me since 1975.

The place is Montjuich Park.

The park itself is beautiful, overlooking the port of Barcelona - and the roads through the park are even better. Which is why the Spanish Grand Prix was held here four times between 1969 and 1975, until Rolf Stommelen's crash in '75 when his Hill GH1 suffered a rear wing failure and killed five spectators.

My SEAT hire car struggled to match the kind of pace anything with Cosworth DFV power would have managed up the hill and certainly the diesel rattle was no match for the reverberations a flat-out V8 would have delivered. But it gave me a flavour and brought life to the YouTube footage I'd been watching in the week leading up to the event.

Standing looking into the Olympic Stadium, I was taken right back to that summer.

There was Linford Christie, 695 on his vest, focused and ready for the gun. And 9.96 seconds after the bang, he was the oldest 100 metre Olympic champion ever.

In the head was the immortal voice of David Coleman, delighting in the words: "Gunnell goes for gold. Gunnell gets the gold." After Sally Gunnell blitzed the 400 hurdles.

In this Olympic year, the chance to go back and recall such memories was all the more poignant.

It's incredible how an image will never leave you. As much as I remember the stadium itself, I remember the communications tower built for television pictures to be beamed across the world. It was built in the shape of an athlete holding the Olympic torch. Remember the bow and arrow used to fire the flame to light the torch?

Brief aside here, the arrow overshot and was always supposed to (to spare any spectators seated close to the torch in the stadium, should the archer have sneezed at the crucial moment). The flame itself was lit by remote control.

Anyway, those images never left me.

Kris Meeke is a man not short on images right now. The Baja 1000 can do that to a man.

For those of you uninitiated in the legend of the Mexican race, let me acquaint you with the rules. It won't take long.

The flag drops; you race 1121 miles and the first one across the line wins. And, er, that's it.

Meeke carried on for 40 and a half hours. On a motorbike.

When I spoke to him he'd had a night in bed to recover from two nights on a bike. He sounded like a broken man. In fact, I've never heard anybody sound so tired.

On the Acropolis Rally last year, Meeke - like his WRC colleagues - complained bitterly about the dust as he raced his Mini into the night stage. He fumed about the unfairness of it all and about just how dangerous it was to drive when you couldn't see a thing.

I reminded him about that when I spoke to him earlier this week. He chuckled, sounding like it hurt to laugh.

"That really was nothing," he said. "I wouldn't worry about that again. That's the beauty of the Baja; it's just so simple. In the WRC we're always worrying about everything, like on the Acropolis - was everybody getting a fair run in the dust in the dark; on the Baja you just get on with it. There's no point getting annoyed if you're in the dust or stuck in a siltbed, it's not going to change anything, you just have to get on with getting yourself out of there."

Meeke admitted he'd underestimated the size of the task prior to the start of his latest adventure.

"The scale of the thing is something you just can't comprehend before you do it," he said. "Davy Patterson [brother of Petter Solberg's co-driver Chris Patterson] is one of my best mates and he's done Baja before and told me all the stories. You listen to them and think you're prepared. You're not. Nowhere near.

"And when you're in the middle of it, you realise that you're nowhere near prepared for it. One of the biggest things for me was the mood swings during the race. I'd go from absolutely hating it more than I could imagine to being on a fantastic gravel road flat-out in fifth gear thinking, 'This really is what dreams are made of'. And then you're back into the ruts and hating it again."

Aside from stopping for fuel and a banana or two, there was no respite for Meeke and the nine other solo bike riders who made it from start to finish, but it was in the dark when Meeke really wondered about his mental state.

"When the trophy trucks [Baja's Formula 1 equivalent] started catching us, then it got really crazy," he said. "I remember a couple of times seeing the lights coming - and you can hear the noise as well - and in trying to get the bike out of the way I stalled. That's a really bad moment, knowing the truck's almost upon you and they can't even see you! At one stage, I just stood in the middle of the road waving my arms - the guy saw me at the last minute and headed straight into the cactus trees without lifting. It was mental. It was absolute mayhem at times.

"Probably the worst moment was when I found this guy on a quad bike. He was slumped over the handlebars. I went to him and asked if he was OK. He said he was stuck, so I said I'd help get him out. Just then I heard a truck coming, absolutely flat-out. I was shouting at the guy to move, but he was trying to push the bike. In the end I shoved him out of the way and the truck landed plum on top of his bike. Like I said, it was crazy."

Would he go back? Just try and stop him.

Motorsport might seem a little crazy from time to time and Baja's probably a little madder than most, but that's why we love it.

And that's why we go back for more.

Good on you, Mr Meeke.

Here's hoping he won't have the time or contractual ability to go back next year; if there's any justice, a World Rally Championship deal will have him tied down and kept well away from such insanity! 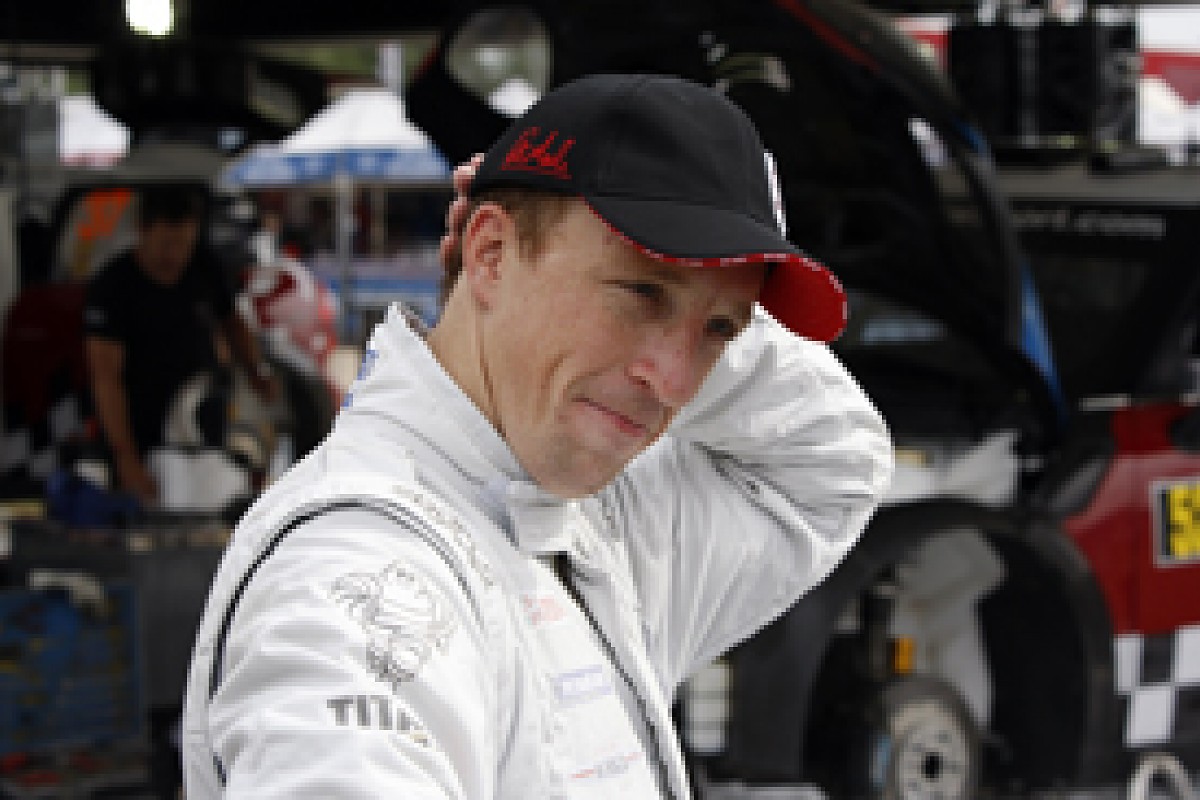