Ford will withdraw its works backing from its World Rally Championship team at the end of 2012, and although the Fiestas will continue in the hands of the M-Sport team that has masterminded Ford's WRC programme for a decade and a half, it still marks the end of an era for one of rallying's legendary marques.

As the Ford factory prepares to wave goodbye, AUTOSPORT selects the cars and drivers pivotal to the manufacturer's rallying story over the past four decades. 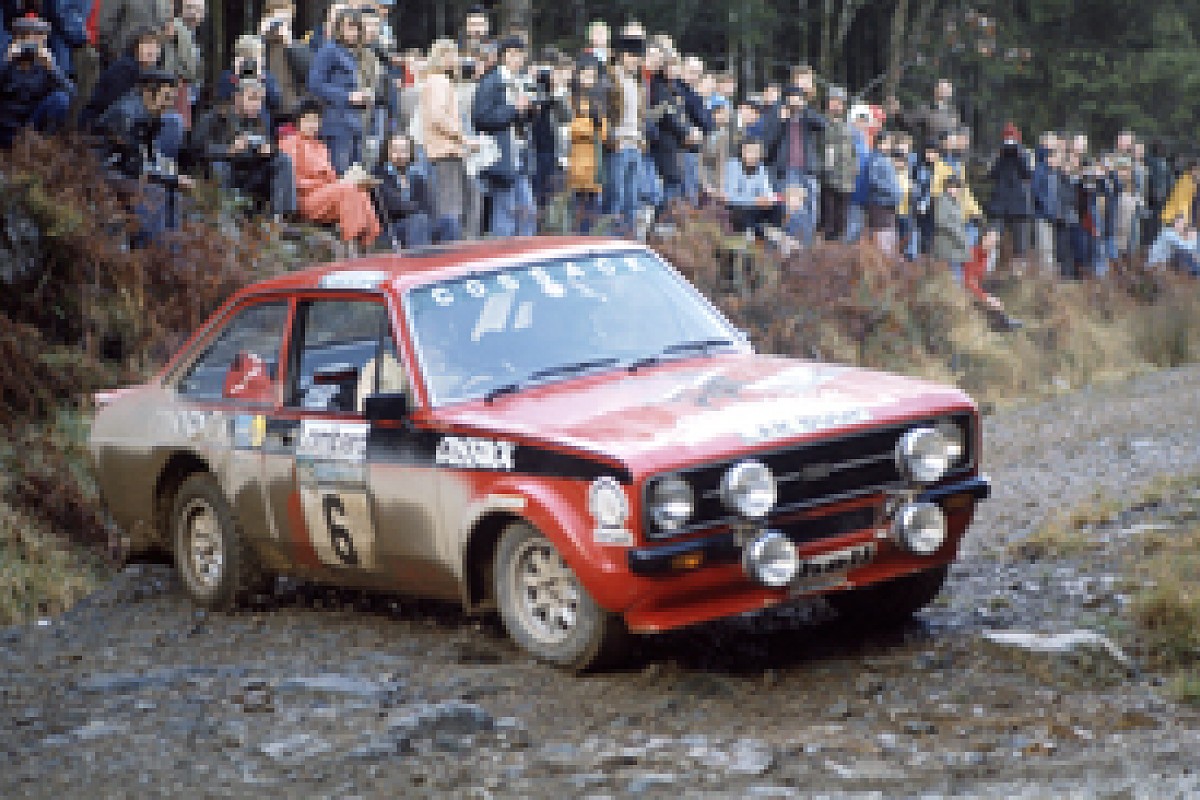 Statistically, Ford's most successful ever car in the World Rally Championship. And the machine that most people will forever associate with Ford through the 1970s.

Known universally as the 'mark two', this model arrived in 1975 having drawn heavily on its predecessor, the Mk I, RS1600. The same Atlas axle and ZF gearbox were used to transfer power in both cars, but it was the level of power that rose dramatically with the RS1800. By 1979, fuel injection had been embraced and the cars developed upwards of 270bhp.

The car was bulletproof, beautifully balanced and lightning quick on dirt stages in countries as varied as Kenya and Finland. If there was a weakness, history will reflect a comparative lack of success on asphalt stages - but that, it could be argued, was as much down to the lack of a dedicated southern European specialist driving the car as it was the pace coming out of northern Italy in the shape of Lancia's Stratos and Fiat's 131 Abarth. 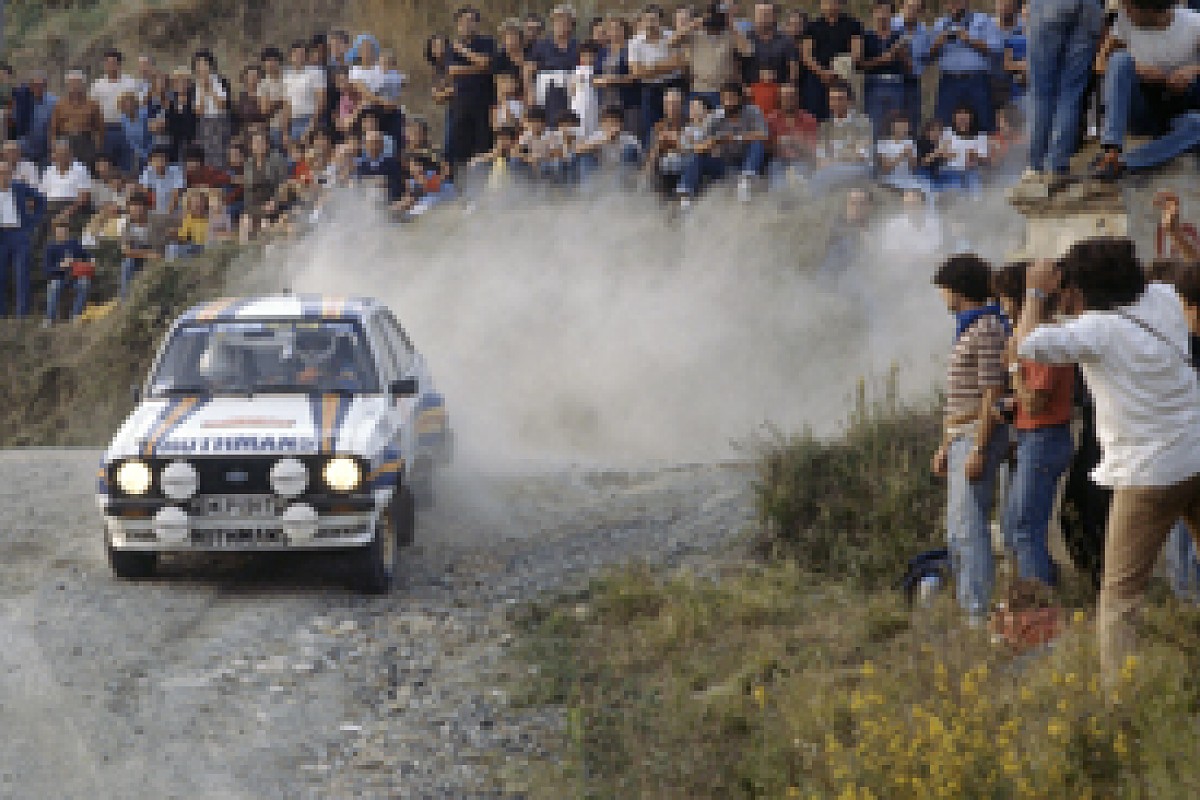 By his own admission, the RS1800 was the glove that fitted the Finn's hand. And, while that gloved hand could be a force to be reckoned with, it also produced its fair share of scrap metal. And that's what endeared a hard-charging, ragged-edge Mk II-mounted Vatanen to millions of fans around the world.

At a time when contracts weren't quite so stringent as they are today, drivers would share their skills around the teams in a single season. Not Vatanen. From 1975 until the end of 1982, he drove nothing else in the World Rally Championship. It was Stuart Turner who gave Vatanen his break with Ford - but the young Finn had his countrymen Hannu Mikkola and Timo Makinen to thank for putting a good word in with the boss. Both Mikkola and Makinen had seen more than enough of Vatanen's battered old Opel Ascona hustling them through their home forests to know he should be on their team.

Once he'd got his deal done, it wasn't like everything he touched turned to gold... it took Vatanen a while to finish with the car in one piece. When he did, in New Zealand in 1977, he was second. In 1980, he won his first WRC round in Greece and a year later he was world champion, albeit in a privately run David Sutton Escort. Ford had departed as a manufacturer team at the end of 1979. 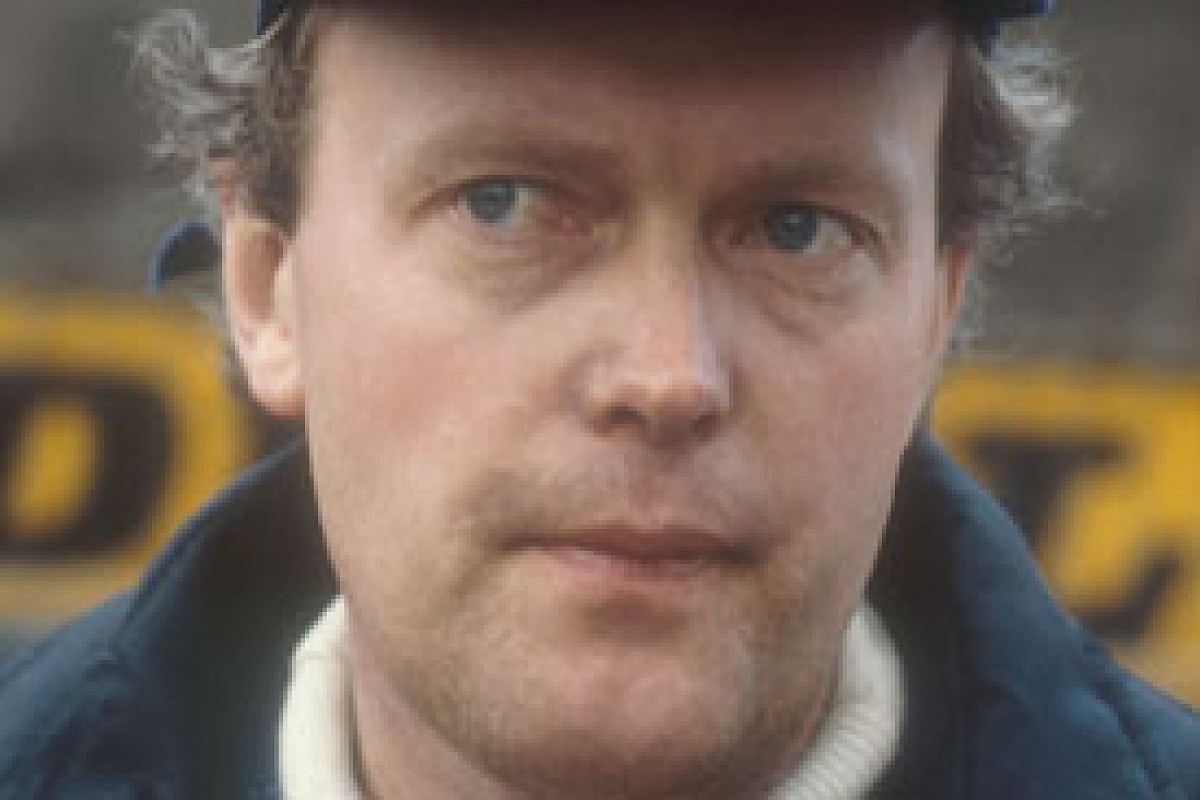 The big Swede arrived at Boreham in 1977 and Essex must have seemed like a breeze compared with the politically charged corridors of power he'd left in Milan. While driving for Lancia, Waldegaard had shown himself to be quicker than most in a Stratos, but the firm's increasing desire to see Sandro Munari on the top step of the podium forced Bjorn out.

And he was an immediate hit in the Escort, finishing his first four WRC rounds in a Ford on the podium. Two years later, in 1979, a drivers' title was added into the FIA's list of end-of-year WRC honours - and Waldegaard was the first recipient. That first title wasn't all about Ford, though, (which is why he's third, not second in the list of Ford's heavy hitters) after he took points on two rounds (Safari and Ivory Coast) with Mercedes. It's widely felt that Waldegaard never had the absolute pace of, say a Vatanen or Mikkola, but he was consistently quick enough to celebrate Ford's only driver-manufacturer title double. 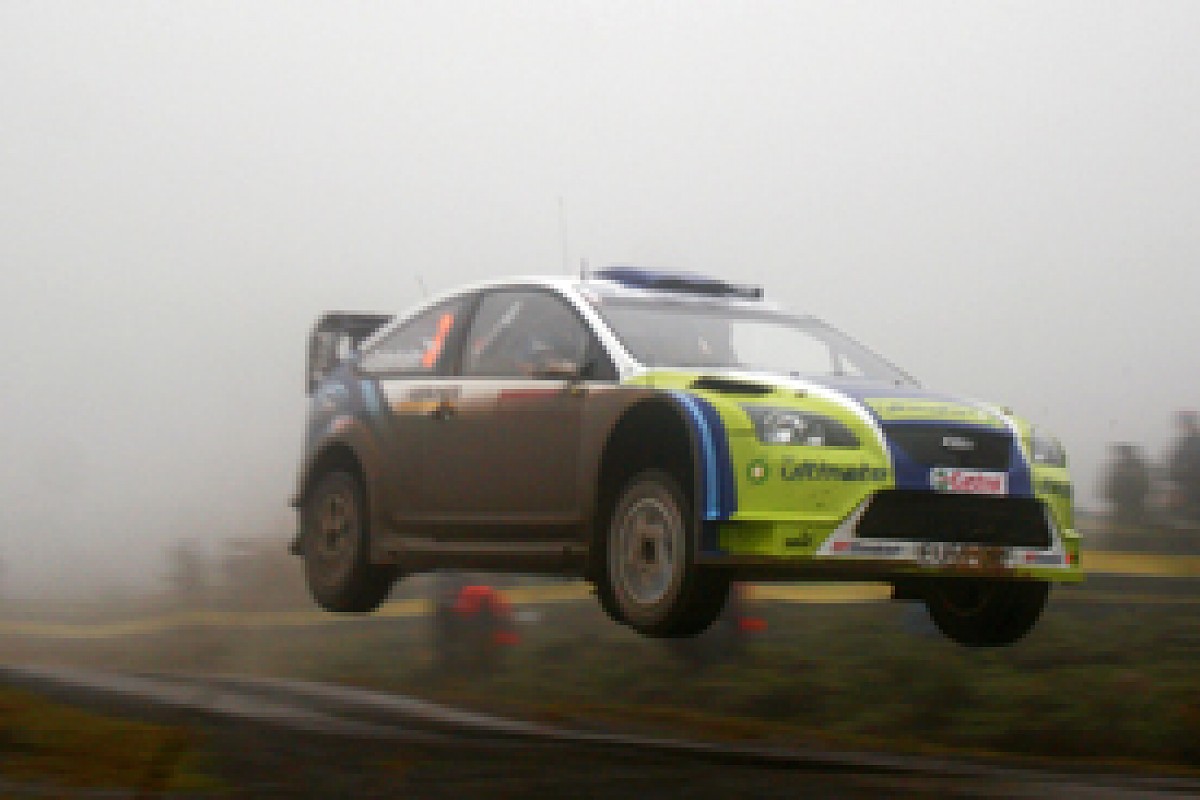 This car was born out of the sheer relief that Ford was continuing in the World Rally Championship beyond the end of 2004. There had been enormous speculation that the Blue Oval might be gone - and it came closer than ever to happening. But it stayed and M-Sport's new technical director Christian Loriaux built the company a world-beater as a thank you. The Focus RS WRC 06 was a completely new rally car from the ground up. The Focus road car had been completely overhauled, which meant the rally car went through the same process, with virtually no carry-over from the RS WRC 05.

Amazingly, the car was designed and built from a clean sheet of paper in under 12 months. It broke cover on the 2005 Rally Australia, where it was driven by Toni Gardemeister and Roman Kresta - both of whom scored fastest times on the car's debut. The following year, Marcus Gronholm and Mikko Hirvonen were drafted in to take control. Two rallies into the season and Ford was walking on water with the new car enjoying a 100 per cent record on Monte and Sweden. The Finnish pair went on to combine to deliver six wins between them and Ford's first world title since 1979 as it clinched manufacturers' honours. 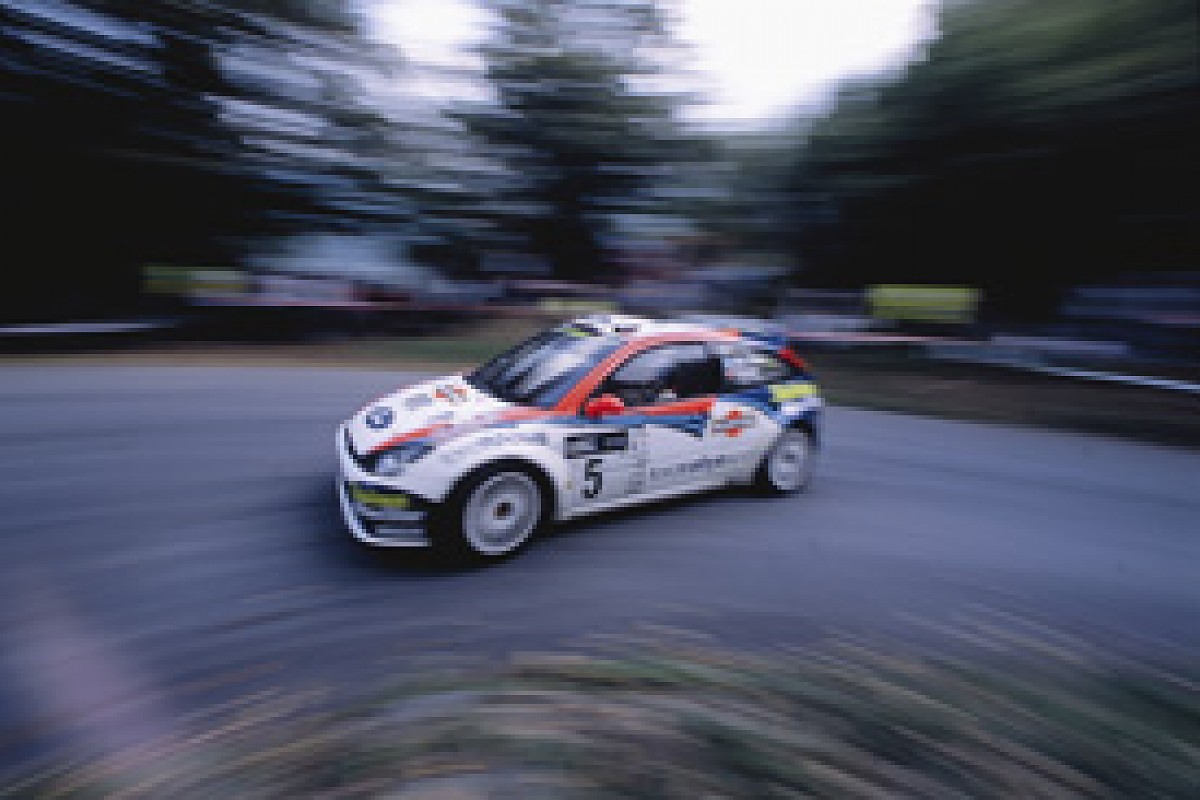 Britain's first World Rally champion was a Subaru man through and through, of that there can be no question. But when he became the most expensive driver in the sport's history in 1999, it was Ford that picked up the tab. The Scot spent four years in the Focus RS WRC, with his best chance of winning the title coming in 2001. The accident that ended that title tilt and his run through Rally GB remains one of the biggest shunts in the sport.

McRae was at the height of his power in a Focus and the sight of the Martini-liveried, Saltire-stickered machine was one to behold on all surfaces. McRae had some massive wins with Ford, none bigger than the 1999 Safari - with the paint still drying on the new car. But he also went through a fairly lean period, between 1999 and 2000, when Ford was struggling to harness the potential of its new car all the way to the end of the rally.

Amazingly, while McRae was best known in the blue of Subaru, he only tackled six more WRC rounds with a Banbury-built car: 66 compared to 60 starts in a car originating further north in Britain. Of those 60 starts in a Ford, he collected nine WRC wins. 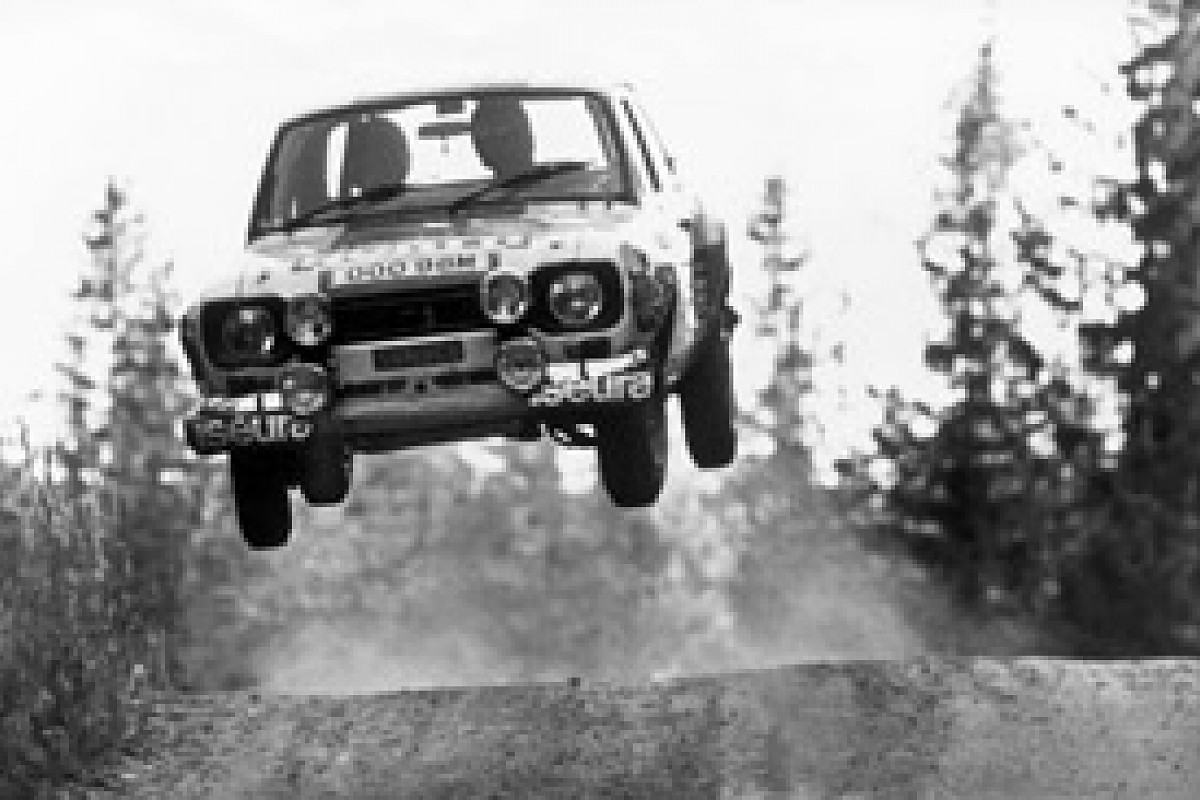 Born into the strike-ridden Seventies, the full potential of Ford's all-new rally weapon really wasn't realised for a couple of years. Beyond the struggle to get budgets signed off and people working co-operatively on the car, there were concerns over the fragility of the transmission. Switching from an 1800cc motor to a Brian Hart-built alloy-block two-litre engine brought more torque, power and rally wins - including Roger Clark's famous 1972 RAC Rally victory.

In Britain, with Clark or Markku Alen at the wheel, the car was near unbeatable. The same went for Finland, but in the wider world, the car didn't quite cut it among some more exotic motors. The RS1600's comparative lack of outright global success might not have won Ford world titles, but the sound of the glorious BDA bouncing off the trees won the hearts of fans the world over. 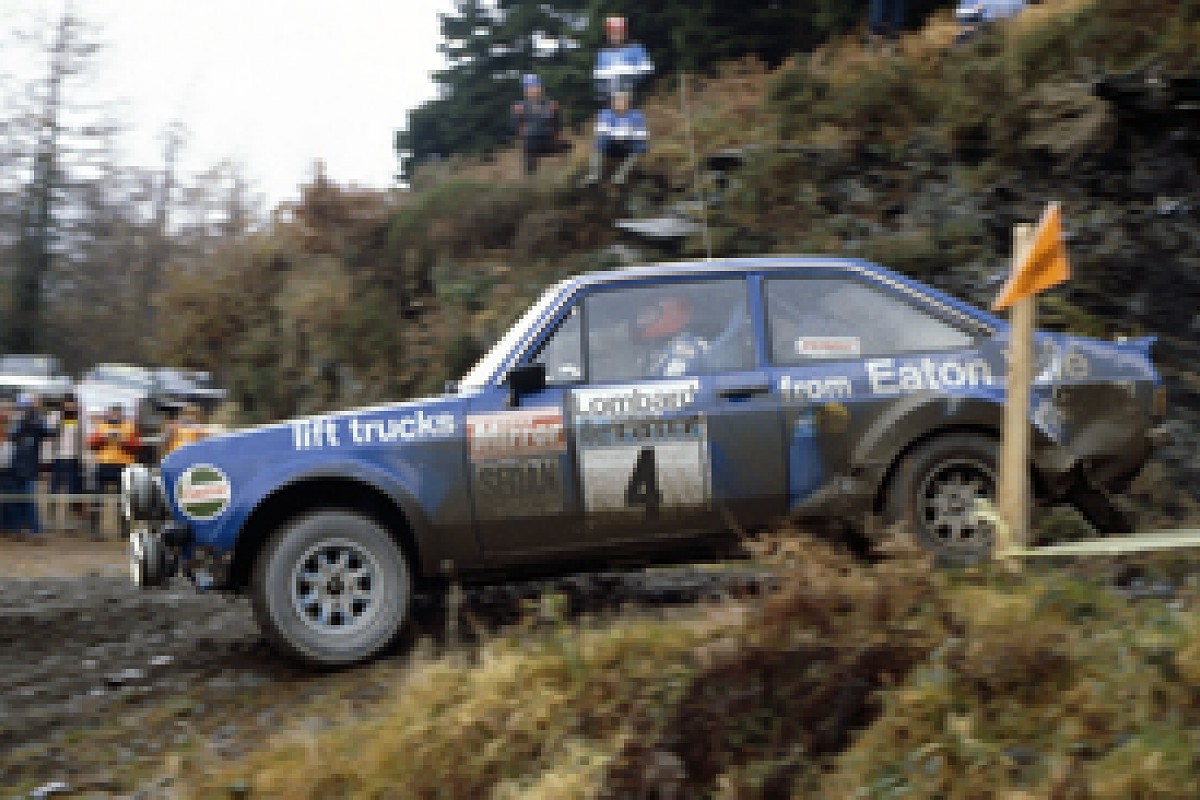 The super-talented Finn only made 21 World Rally Championship starts in a Ford, but he won five of those in an Escort.

Like many Boreham-contracted Ford drivers at the time, Mikkola spent a fair chunk of his time contesting a British Rally Championship that was second only to the WRC in those days. He won the British title in 1978 - and only missed out on the world award by a single point (to team-mate Waldegaard) the following season.

Mikkola again came closer than anybody to winning the drivers' championship in 1980 before switching to Audi for 1981. 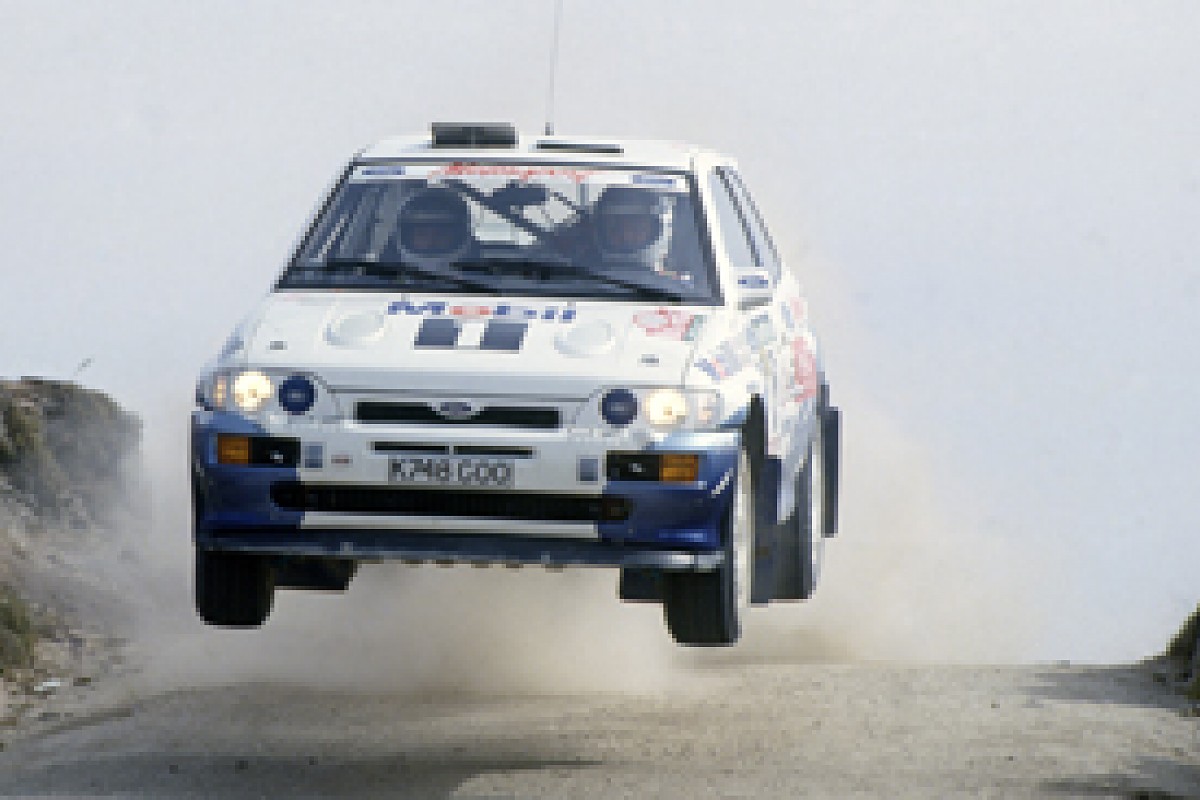 Having missed the Group B boat, Ford produced one of the most potent Group A cars ever to grace the World Rally Championship in the Escort Cosworth. It still mystifies many quite how Ford managed not to win with this machine.

Unlike the road car, a longitudinal engine was fitted to help weight distribution. The car benefited from water injection to keep the turbo cool and aerodynamics forced onto the road car Cosworth which were designed with only the rally programme in mind. Ford really pushed the boat out with the Escort and engineer John Wheeler produced a car that had the beating of the full force of a Toyota team in all its glory.

Francois Delecour gave the car its first win in 1993 and finished second to Juha Kankkunen in that season. Ford's reliance on Delecour to lead the driver line-up was exposed when the Frenchman broke his ankle while driving a Ferrari F40 on the road. Without Delecour, and hindered by budget constraints that led to Boreham shipping the running of the factory cars out to RAS Sport in 1995, the Escort Cosworth didn't win a single round in 1995 and only won one more event ever - Indonesia, 1996 - when the cars were back with Boreham and being driven by Carlos Sainz.

Ford's biggest chance of global rally glory was gone. What a waste. 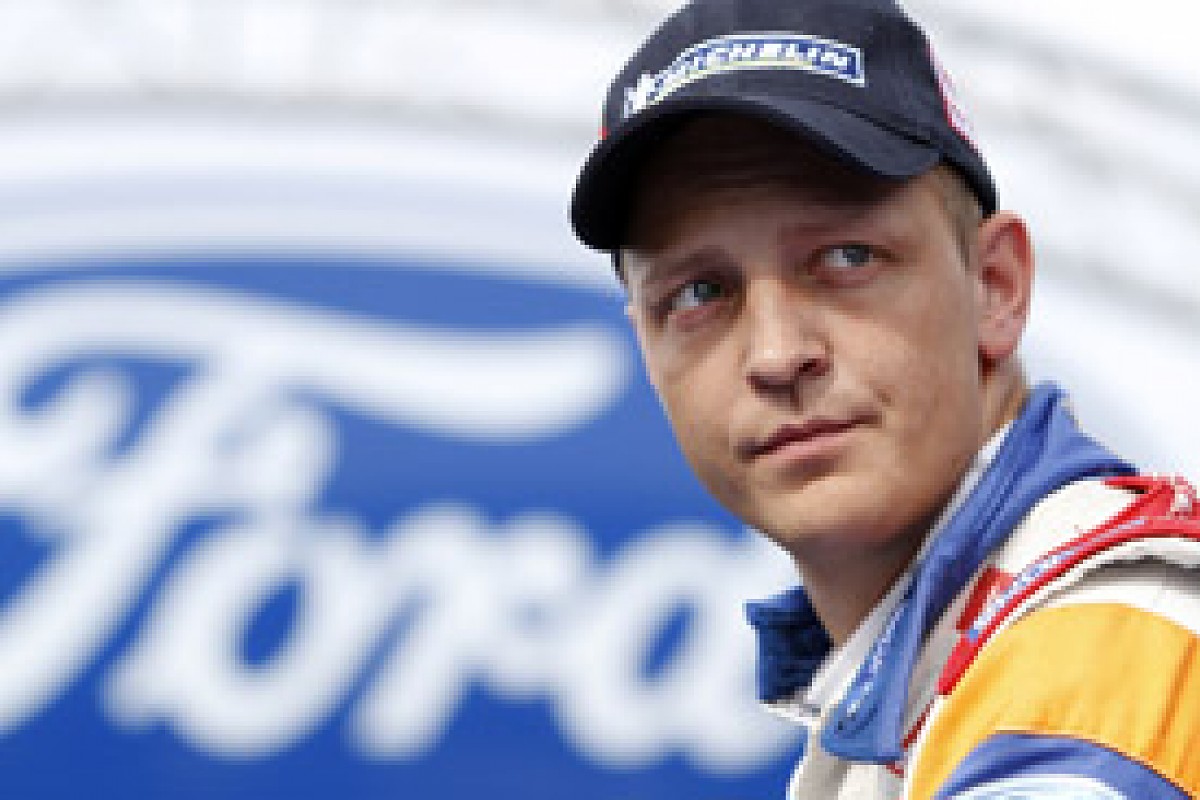 Statistically, Mikko Hirvonen is the most successful Ford driver in the World Rally Championship ever with 14 wins at the highest level. While Hirvonen has switched to Citroen for this season, the Finn was part of the furniture in Ford's WRC team for seven years between 2002 and 2011, interrupted by a brief Subaru stint. He took his first win in 2006, but struggled to step out of the shadow of Marcus Gronholm in 2007.

There's a strong argument for Gronholm taking a place in this top 10, but only spending two years in a Focus just about rules him out.

Once Gronholm retired at the end of 2007, Hirvonen stepped up as team leader - and came within a point of interrupting Sebastien Loeb's astonishing run of world championships in 2009. Hirvonen's massive consistency and great turn of pace has been sorely missed by Ford this season. But he remains one of Ford's biggest hits, as much for the fact he's had his own RS1800 built just to sit and look at as for his success on the world stage. 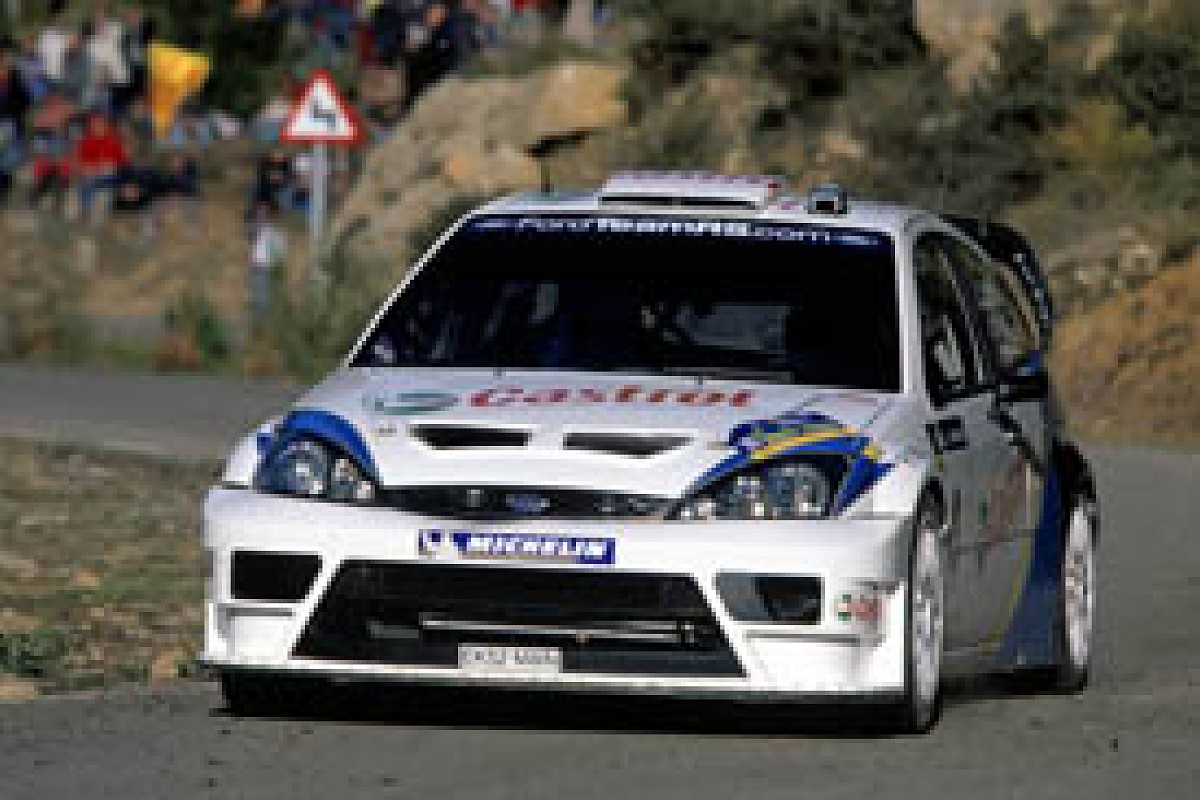 Four years into the life of the Ford Focus RS WRC came its biggest overhaul to date. This was the first car ex-Subaru technical boss Loriaux worked on and it was a special machine. Longer, leaner and meaner than any of the Fords that had gone before it, the drivers universally loved it. And it could and should have been a winner from the start.

The WRC 03 broke cover on the 2003 Rally New Zealand, with Markko Martin winning three stages before retiring on the 14th. Two rallies later and Martin did win, on the Acropolis. The car was then leading in Germany as well when it was slowed by a gearbox problem.

This Focus raised the bar across the board in the WRC. The huge and deeply dramatic-looking aero made this the coolest-looking World Rally Car of a generation (especially in its hunkered down asphalt specification) and tricks like the handbrake lever doubling as a gearshift when the hydraulics failed seriously endeared it to the techies.

It wasn't just about the speed, either. Ford began the process of moving the crew further inside the car by the use of a narrow titanium propshaft that reduced the width of the transmission tunnel, allowing more distance between the seats and potential points of side impact.

This car looked like a world champion and really deserved to be one in 2004.