Being entirely honest, I've never been the biggest fan of Rally Mexico. It's a personal thing. I'm not great at eating with my fingers, the weather's about 50 degrees too hot for me (as is the food) and I've never really seen what the stages add to the championship.

Last week changed my mind pretty much across the board. I drove more stages than I had done before and really got to grips with the challenge this event provides. Rally Mexico just works now. There's nothing complicated about it and it's - rightly so - fast become part of the World Rally Championship scenery.

Not so long ago, the organisers were faced with the serious, rally-threatening, problem of spectators throwing rocks at the passing rally cars and putting stuff on the road to distract the drivers. It was commonplace to see cars coming in with smashed screens and punctures courtesy of the audience participation. Last week, to my knowledge, there was just one case of each, which is a massive step forward from where we were.

Away from the cut and thrust of the competition, Mexico was running to the political backdrop of 2012 calendar construction. And as the powers-that-be argued over the 11, 12 or 13 rallies that should or shouldn't be on the schedule, Mexico was almost overlooked, it's such a dead cert these days.

Beyond the locations for world rally, the other big talking point last week was the style of events. Is this the time to return to the endurance aspect? We're looking at a big South American jaunt from Argentina to Uruguay, possibly the same in the Middle East from Abu Dhabi to Dubai via Oman and possibly the same in Sweden and Norway.

Personally, I relish the opportunity to relay the wide variety of fascinating stories such events will inevitably generate. And I would find it fascinating to see which drivers could adapt themselves to such a different format. For so long now, we've been entrenched in the cloverleaf format of two-and-a-half days of competition, it would be great to see some mould-breaking events offer the onlooker the opportunity to see drivers take the endurance approach instead of trying to win the rally on every corner.

Mexico is the very antithesis of what the Argentine organisers are trying to put together a few thousand miles south. Rally Mexico regularly runs as the shortest total route of the year. Looking at an overview map, it's staggering to see how accessible the roads are to the people of Leon.

The longest road trip of last week was from Leon to Guanajuato for the superspecial. And what a mistake I made not going.

There is no doubt, the Guanajuato ceremonial start is always one of the highlights of the year. The noise and atmosphere in the tiny streets is spine-tingling, but the traffic on the way back entirely prohibitive to trying working in a web-driven age...

On reflection, I should have turned off the laptop and gone for some fever. The organisers did a sensational job of turning the season's best start into an even better opening stage. For those of you who haven't seen the footage, the cars came over the ramp to their usual tumultuous welcome and then dropped onto a turntable, which delivered them to the start of the first stage.

Just as the roars were dying down from the tens of thousands re-acquainting themselves with their heroes for the first time in a year, the engine noise built as five became four, three, two, one and go! Right before their very eyes and ears, the cars took off with the noise of engines north of seven thousand revs bouncing off the unforgiving walls which kept the cars on the straight and narrow for the half-mile dash.

It was an unbelievable Thursday night. Or at least it looked that way when I watched the footage back the following morning. I won't make the same mistake again next year...

The result was a little bit predictable. Sebastien Loeb starting from a near-perfect place on the road on this event is a little bit like giving candy to a baby.

And Loeb was on some form. With his fellow Citroen drivers Sebastien Ogier and Petter Solberg in almost as good a position, it was the DS3 WRC which dominated in the way the Fiesta RS WRC had on the previous round in Sweden.

The Fords suffered for their fortunes in the snow, sweeping the loose central American gravel clean for the following Frenchmen. Mikko Hirvonen took a sensible approach. There were concerns when his split times for the first stage of any significance were consistently red by comparison to Loeb, but it subsequently became clear this was not going to be another Mexican trouncing for the Cumbrians. The new Fiesta's engine worked well where the air was thin, even better mated to a six-speed gearbox, which made the best use of the altitude-affected power output.

The only concern for Ford should be on the first run at the Duarte stage on Saturday morning. This is among the twistier of Mexican roads and somewhere where the road really cleans. Loeb was running ahead of Hirvonen, yet still took the thick end of a second a mile out of the Finn.

That said, Hirvonen's sensible approach paid dividends on Sunday afternoon, when he bathed in the glory of a powerstage win and extended championship lead, while Ogier licked his wounds back in the team hotel.

Citroen's initial dominance of this event crumbled. Once again, Petter Solberg's forceful approach looked like it might deliver a hugely overdue victory, until his DS3 succumbed to an electrical problem (electrical issues were the order of the day, with a couple of the private Fords seriously hampered by this issue - including poor Ken Block, whose Fiesta coughed and died at the foot of the start ramp). Solberg deserves a break. He'd played himself into the perfect position on Friday afternoon, only for his car to go quiet at the worst possible moment.

And then there was Ogier. For two days, he was the hero, driving faultlessly and brilliantly through Saturday. But, it all turned to zero a handful of miles into Sunday morning's opener. It's easy to berate him, sit here tapping on a keyboard with a cup of coffee and a doughnut, but in the heat of the battle, Ogier was doing everything he could to keep Loeb off his back. The pressure was massive and getting worse as he saw his rival taking time off him in the two splits before he went off.

It's a mark of Loeb's sportsmanship that he was so genuinely upset when he saw Ogier's car parked up. The champion might have seven titles of his own, but he has also played a leading role in making Citroen the finest maker of rally cars six times in eight years. Loeb knew the risks of racing Ogier and it gave him no pleasure to see those 18 points shipped in Ford's direction.

And now, for Portugal. There's no snow and it's by the sea, so this will be the first true test of who's where in the new World Rally Car stakes. For those expecting a Loeb walkover, forget it. Those days, it seems, might have passed. The master is still an absolute master, but the acting ability of a growing list of pretenders to his crown is getting better by the day. 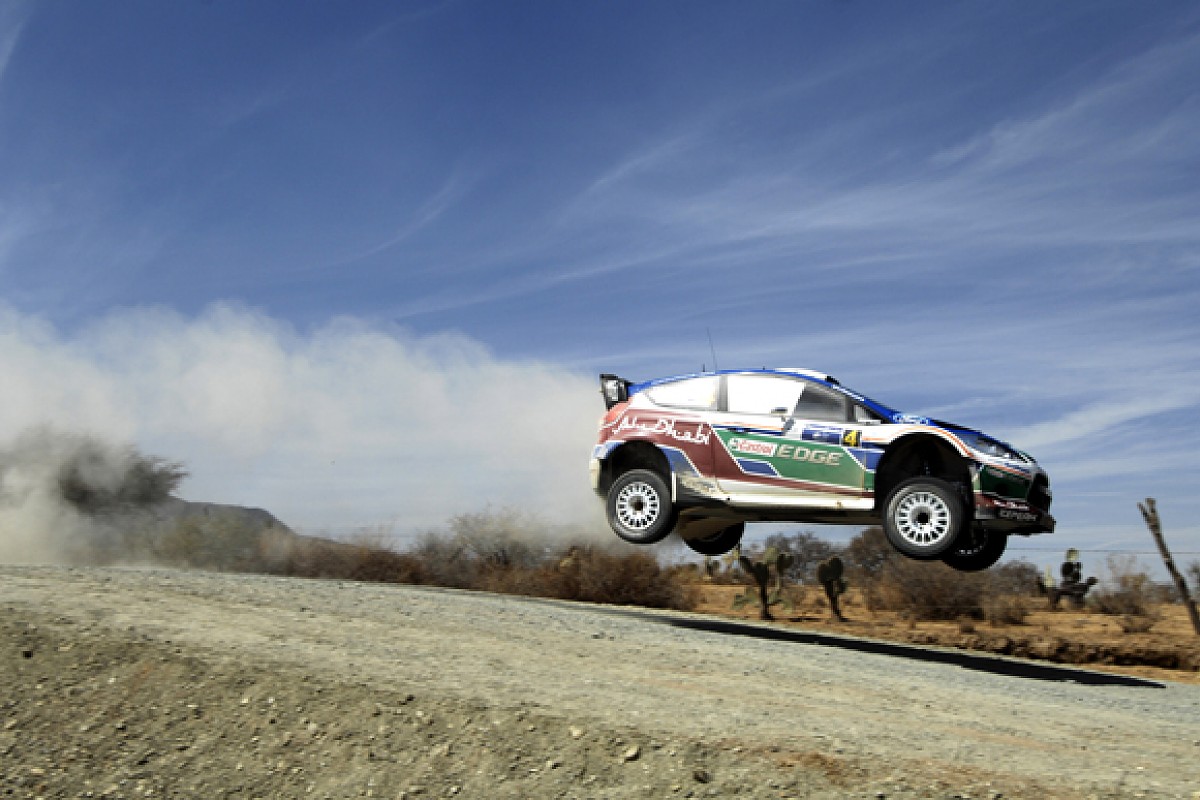