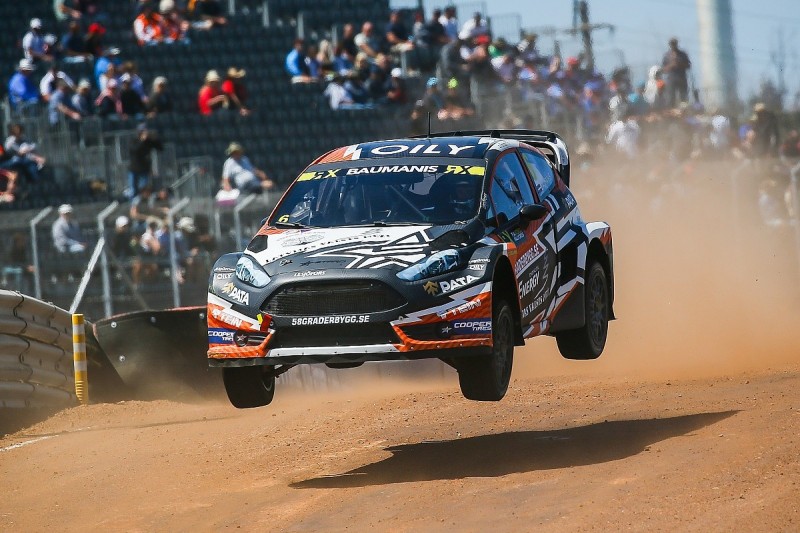 The Austrian outfit has run Ford Fiestas under its own banner for the last two years in World RX, along with creating the world's first publicly released four-wheel drive electric rallycross Supercar.

Having run Baumanis and triple European Rallycross champion Timur Timerzyanov in 2017, Baumanis was the sole full-time entrant for the team in World RX 2018, although he was joined in a second Fiesta in selected events by Ma Qing Hua and highly-rated Finnish driver Joni-Pekka Rajala.

Next year, the Vienna-based squad plans to run two cars full-time and is developing a new Supercar with assistance from Japanese suspesion firm TEIN.

"It is an honour to continue for another, now third consecutive year with STARD," said Baumanis.

"The last two years was a very tough fight against the works supported teams and I see a big opportunity to show very good results in 2019 [following the departure of the manufacturer-backed teams].

"I am very motivated for the coming season with the team and STARD's new car and I will again give my best."

Stohl, who continues to compete himself in Chinese Rally Championship events, has high expectations for his team in World RX next year.

"We are looking forward to a very exciting 2019 season keeping World RX as one of our priority programmes from a research and development and a racing activity point of view," he said.

"We want to take another step forward in 2019, especially when considering that manufacturer support has been pulled out for seven of the eight drivers who were in front of us in 2018. It will be a very interesting year for us and WRX in general, this is sure."

Volkswagen, Audi and Peugeot have all confirmed that they will not continue in the series for 2019, giving privateer teams a chance to shine.