World Rallycross team Olsbergs MSE has revealed its new Ford Fiesta ST Supercar, created in a tie-up with Ford Performance Motorsports, on the eve of this weekend's Barcelona season opener

The new Fiesta, which has been built from the ground up at OMSE's Nynashamn base in Sweden, marks a return to World RX for the Ford Performance name.

Ford became involved with Andreas Eriksson's squad with the introduction of the Mk7 Fiesta for the 2009 European Rallycross Championship, which also included an assault on the Pikes Peak International Hill Climb, and partnered OMSE to the first World RX Teams' title in 2014.

While Ford and Hoonigan unexpectedly withdrew from World RX at the end of 2017, the rekindled relationship between the American firm and OMSE has resulted in the new Fiesta.

The car features an in-board suspension system, that has not previously been used in World RX, and a revised aerodynamic package that includes a front-mounted cooling system.

"Having largely sat out the 2017 campaign, it was very important that if we were to return to World RX full-time, it had to be in the right circumstances and with a very real chance of achieving success on a sensible budget," said team principal Eriksson. 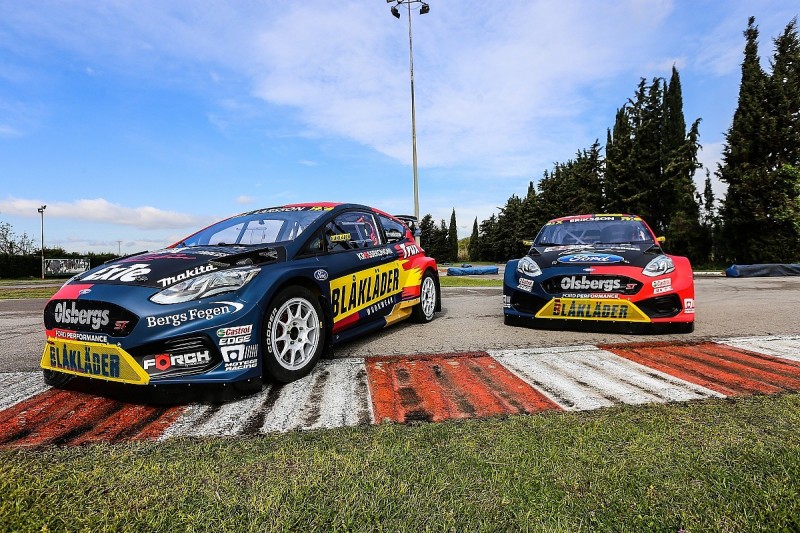 "Every time we enter a series, it is with the expectation of being competitive and fighting for victory, and we are confident that in the 2018 Fiesta ST, we have the car to do just that.

"I must thank Ford Performance Motorsports global director Mark Rushbrook for his unstinting support and co-operation in this exciting new project, which has yielded what I firmly believe to be the best rallycross car we have ever produced."

The cars that will race at the Barcelona Spanish Grand Prix venue this weekend are the 26th and 27th rallycross Fiesta supercars built by OMSE.