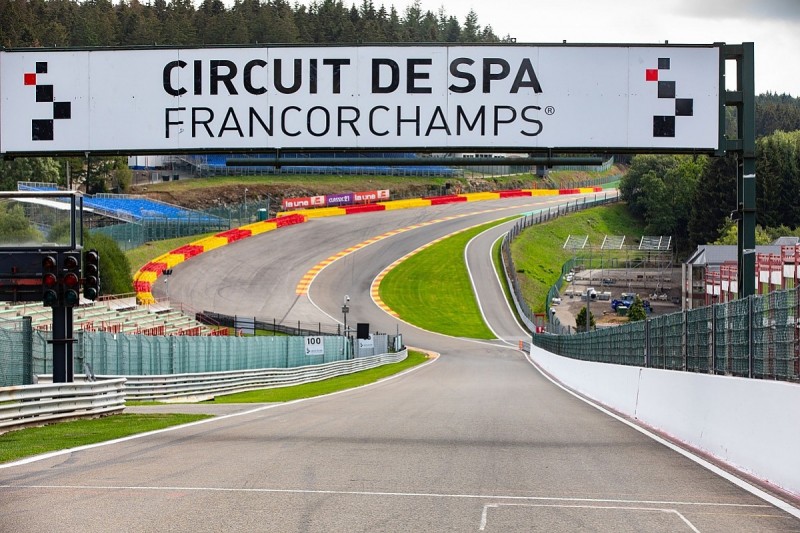 The startline for the new 913-metre (0.56-mile) track will be located on the outside of the Formula 1 circuit, and the new WRX circuit will feature the famed Raidillon and Eau Rouge.

The climb up Raidillon is followed by a hairpin bend before turning back towards Eau Rouge, before a right turn off the F1 layout and into the main loose surface section.

The gravel section will feature a stadium section that include a banked corner, as used at Travis Pastrana's Nitro Circus rallycross course for the one-off event at Utah Motorsports Park last year.

The Spa layout also include two jumps split between the main lap and the joker lap, running in parallel to each other.

The joker lap will split from the main course before the start of the second loose section, and runs around the inside of the primary circuit until the exit of the final corner.

Paul Bellamy, senior vice president of WRX promoter IMG Motorsports said: "Not only is World Rallycross visiting Belgium's famed Spa-Francorchamps circuit for the first time, but the local promoters have laid down a daunting challenge with the reveal of the purpose-built circuit layout."

"Severe elevation changes, spectacular jumps and every racing driver's idea of the ultimate test of bravado - the famous Eau Rouge/Raidllion section - add up to the promise of pulsating racing."

Spa will host the third round of WRX this year on May 11/12 after taking over the slot previously held by fellow Belgian circuit Mettet.

The new Belgian WRX round will follow the model of Silverstone's SpeedMachine festival, with a number of activities taking place alongside the WRX event.