Sordo was present at last weekend's World RX opener at Barcelona where he was spotted talking to Prodrive personnel - prompting speculation he was on the verge of moving to Guerlain Chicherit's GCK team to race its Prodrive-built Megane (pictured below).

"I went to the rallycross because it was in Spain and I have a lot of really good friends from Prodrive, including David Richards," he told Autosport.

"They were saying to me: 'Ah, you have to come and test this car...' Then some guy asked me, like a normal conversation, would I like to do rallycross? Maybe it's something for the future." 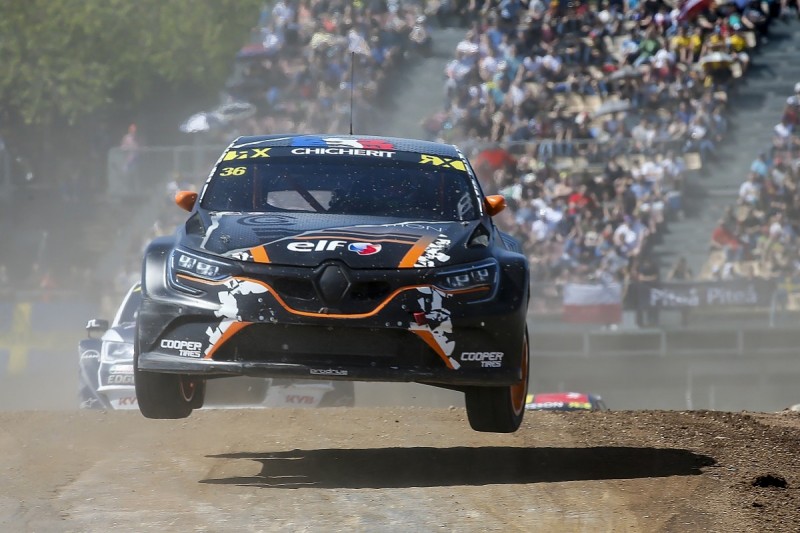 Prior to Barcelona, where he also met with former WRC competitors Petter Solberg and Nasser Al-Attiyah, Sordo had been participating in Hyundai's pre-Rally Argentina test.

He said the running in the i20 Coupe WRC on gravel underlined that rallying was where he wanted to be.

"It was nice to watch the rallycross but after I had driven the [Hyundai] car down the stage, the sensation was so nice from the rallying - it's hard to imagine it [rallycross] being better," said Sordo.

"I love Hyundai, they are like my family. What I want is to stay in rallying; for how many years? I don't know.

"I would like to do the full championship again, but minimum what I am doing this year.

"It's much too early to talk about what might be happening next year, but the priority for me is definitely to stay where I am."

Sordo will contest the next two rounds of the WRC in Argentina and Portugal before handing the third i20 over to team-mate Hayden Paddon for Italy and Finland.

Both drivers only have part-time 2018 programmes, while team-mates Thierry Neuville and Andreas Mikkelsen contest every round.