An automated BoP system was introduced in the GTE Pro category this season in a bid to eliminate the controversy that surrounded last year's manual adjustments.

But Priaulx feels the system is still flawed, saying it has had to harsly penalise the Ford GT's straightline speed in order to compensate for its superior braking and cornering, in order to make lap times as close as possible between the four marques.

"The BoP has been against us all year, from doing what we did, going out and winning Silverstone and pushing hard," Priaulx told Autosport.

"I think we've got a stonking car, but we can't always show it. That's frustrating.

"The way to win this championship is to build a dragster that's really fast in a straight line, and doesn't corner, because you can always keep the other car behind.

"And that's what we've experienced, which is frustrating. You can have great braking or corner speed, but you just fall back."

While praising this year's automated BoP system as an "improvement" on its predecessor, Ford WEC team boss George Howard-Chappell said he felt the system could be perfected.

"The way it ends up balancing the cars means that they do a very similar lap time, but they are not all as competitive as the other cars from a racing point of view," he explained.

"That is maybe something that needs to be refined in the future." 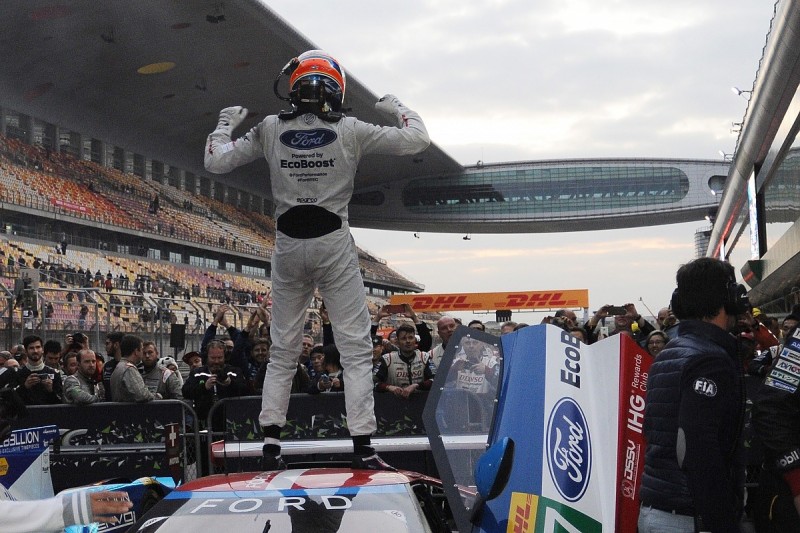 Priaulx and Tincknell took their second GTE Pro victory of the year in the last round at Shanghai, overcoming a stern challenge from the Porsche of Richard Lietz and Frederic Makowiecki.

It means the Ford pair are now only 7.5 points behind championship-leading Ferrari drivers James Calado and Alessandro Pier Guidi ahead of this weekend's Bahrain showdown.

Lietz and Makowiecki are also in contention, two points shy of Calado and Pier Guidi.

"Shanghai was probably our best ever win because we had the fourth-best car," said Priaulx "It was the perfect race for me and for Harry.

"We forced the win and got ourselves back in the title fight. We need that again.

"We've gone out the blocks, full on, full attack. Other manufacturers have crept up on it, some hid their performance and won Le Mans with a second of advantage.

"We've gone all out and shown our cards. That's what I'm proud of. The car is obviously a great car, and we can't show it."