Toyota took "a risk" by signing Fernando Alonso to compete in the World Endurance Championship superseason due to his lack of experience in the category, says team director Rob Leupen

Alonso will race for Toyota throughout the 2018/19 season, which includes two assaults on the Le Mans 24 Hours.

He won his first ever WEC race at Spa-Francorchamps alongside team-mates Sebastien Buemi and Kazuki Nakajima and also finished on top of the times in the official Le Mans test with the #8 Toyota TS050 last weekend.

But despite Alonso's enormous motorsport experience, Leupen still believes Toyota took a risk by employing a driver with just one endurance race - January's Daytona 24 Hours - to his name before the Spa event.

"We did take a bit of a risk," Leupen told Autosport. "Okay, he's a double world champion, but he's a rookie [in endurance racing]. He has to deal with traffic.

"We're not here with 20 cars on roughly the same level, there's gigantic differences. He needs to be able to judge that.

"At Spa we saw some really good moments of him.

"At one point he was stuck behind a GTE going into [Blanchimont] and he did that perfectly. That was really good and that gives confidence to the team that he can do it."

But Alonso has impressed Toyota since he began working with the LMP1 manufacturer and it is surprised by how quickly he integrated himself into the team and embraced the endurance mentality.

"He's settled himself in the team in a way that makes things so easy," Toyota technical director Pascal Vasselon said ahead of the Le Mans test.

"The guys know each other already. It's quite smooth. And he makes things smooth because he is coming with a pure and genuine motivation. It's remarkably easy so far." 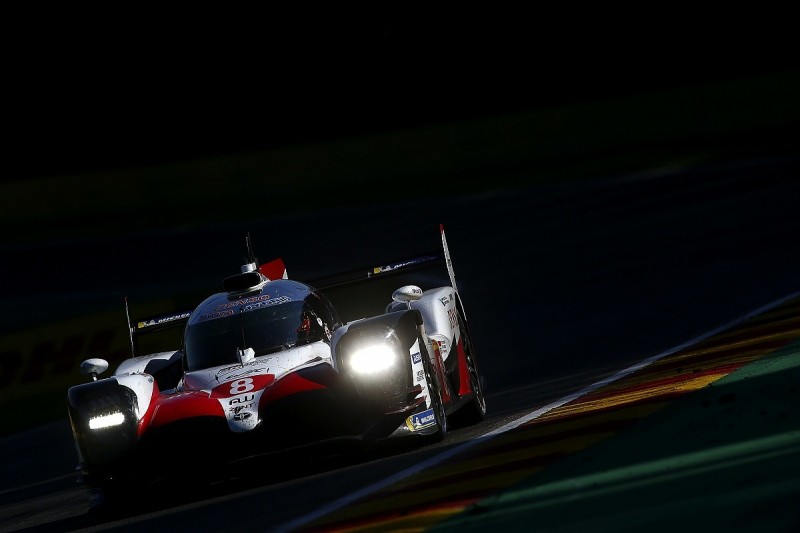 Leupen also believes Alonso's contribution to the Toyota efforts to win Le Mans for the first time has been even greater away from the track.

"In hindsight it's been a very good move," he said.

"It gives the engineers and the mechanics an extra boost, extra motivation. I think we can be very happy that he chose to race with us.

"I hope he feels the same way and from what I observe and hear he's feeling good in the team and that's important.

"From the first moment, it has been really nice working with Fernando."