Technical director Pascal Vasselon explained that his team has been trying to improve the way it handles unexpected issues during the 2018-spec TS050 Hybrid's opening tests at Aragon.

That push follows the technical problems that have cost Toyota clear shots at Le Mans wins in the last two years.

It famously lost victory in the World Endurance Championship showpiece with three minutes to go in 2016 due to a turbo problem, while a clutch failure and a front axle-motor issue accounted for the hopes of its two leading cars in last year's race.

"We really took time for the team to put them in situations that are not normal, because this is where we failed. For example, we say we have suddenly broken the rear-right driveshaft.

"We decide the radio fails, and we see how the driver and the team react. We cause fake problems.

"We have failed on problems that were unusual. And the team has not handled perfectly these situations. Some of them were difficult to handle, but you can always do better." 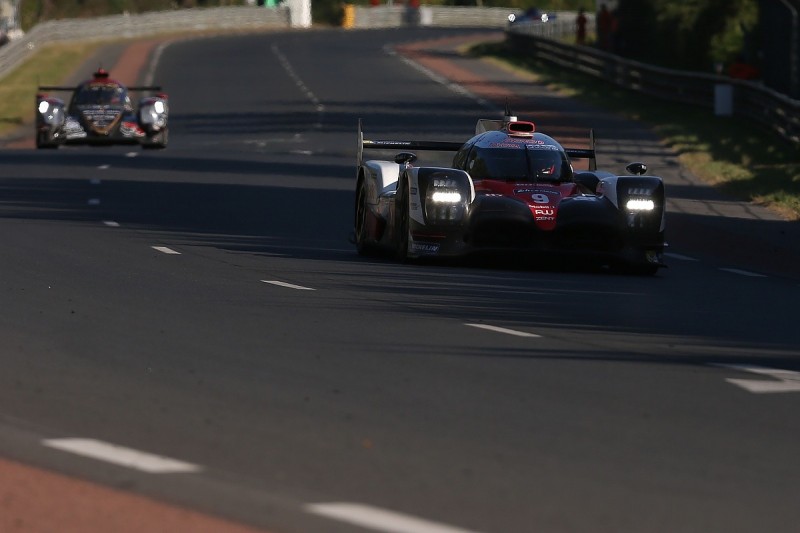 Vasselon added the lack of factory competition in the LMP1 class this season has changed Toyota's approach, particularly as the performance levels of its privateer opposition remain unknown.

"This year, we just go to fight Le Mans, not directly our competitors. That's our challenge."

Vasselon also revealed that the reduction in the TS050 Hybrid's fuel capacity to 35.2kg (down from 44.1kg in 2017) meant Toyota would be targeting 11-lap stints at Le Mans.

Toyota will continue its test programme next week at the Algarve circuit in southern Portugal.

WEC could penalise 'misleading' LMP1 privateers if they beat Toyota