Toyota's drivers believe the manufacturer must keep returning to race at Le Mans, and has to win it, following its latest heartbreaking near miss in the 2017 race

The Japanese manufacturer was the favourite to win the event this year, and its #7 car led the majority of the race until a clutch problem forced it to retire in the 10th hour.

With the #8 car having already lost 30 laps to a problem earlier in the race, and the additional third entry for Le Mans retiring not long after the #7 car, Toyota is still yet to break its duck at the race.

Kazuki Nakajima told Autosport: "We have to keep fighting and trying to win this race.

"As soon as you stop [trying], you lose the right to challenge for victory. We've got to come back.

"It's the same for everybody, everybody had an issue. For us [in car eight] it happened too early for any chance of victory, but I was still hoping for cars seven and nine to have a good race."

Kamui Kobayashi, who set a new lap record to take pole position in qualifying, added: "We will be back next year and we will have this opportunity again.

"For Toyota it's hard but we will come back very strongly.

"We have to win this race." 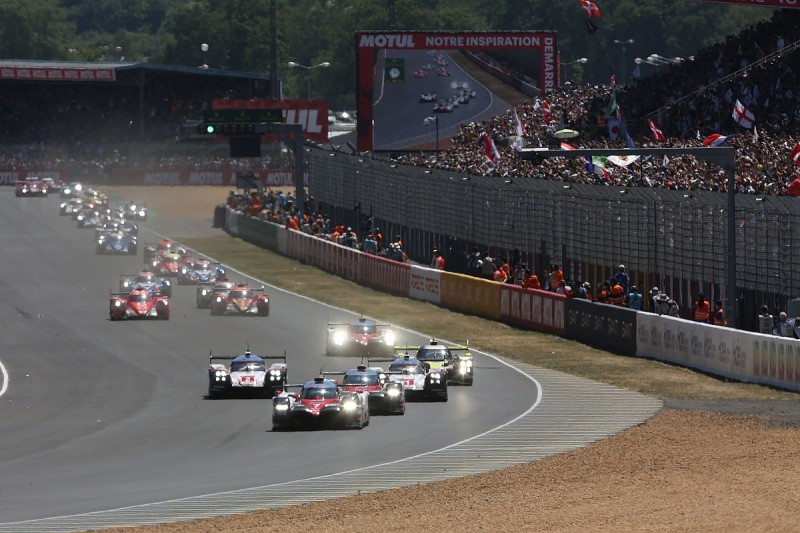 Nicolas Lapierre, who returned to Toyota's line-up this year, described his race in the #9 car as "misery from the beginning", and he said it's becoming harder to believe the manufacturer does not have a curse at Le Mans.

"Everything was just misfortune," he said. "The Kolles car went off and the [flying debris] caused damage to our car [on the first lap].

"We lost downforce and lost 35 seconds and had to change the nose.

"The next stint the door was opening and going into the night we had a problem with the number panel but we were still only one lap down.

"Everything was just misfortune. We don't want to believe things like this [curse] but the statistics are against us."

Kobayashi believes that the #7 car would have won the race if it could have made it back to the pits, even if it had required lengthy repairs in the garage.

"We saw the [race winning] #2 Porsche stay in the garage for a long time so we could still be ahead of them, but we couldn't come back [to the pits]," he added.

"It's a very hard moment because we had such amazing pace. We were so competitive.

"If we could have come back, we could change the clutch and should have won.

"There was nothing I could do. I tried everything but there was no movement in the car." 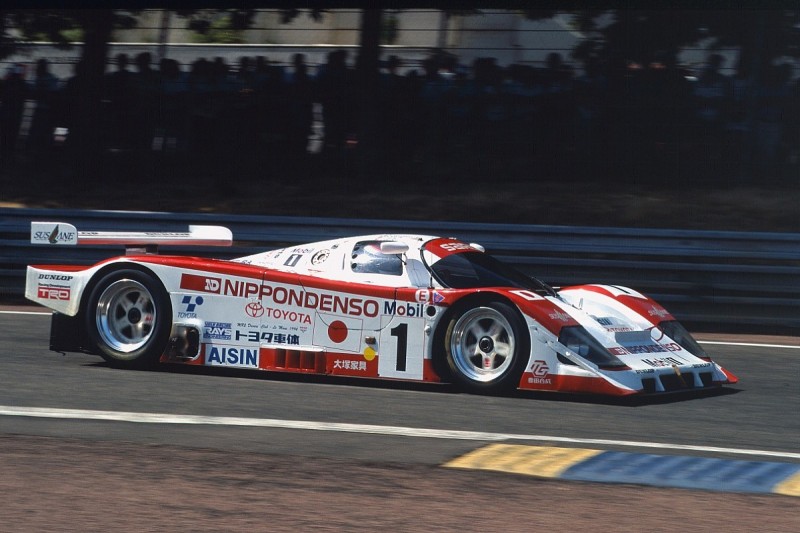 Toyota was represented as a factory at Le Mans every year bar one between 1987 and 1993, but it finally came close to victory the following year with a privateer entry.

The 94CV, an updated version of the V8-powered car that first raced in 1989, run by the Japanese SARD team was on course for victory in the hands of Eddie Irvine, Mauro Martini and Jeff Krosnoff when the gear linkage broke with 90 minutes left.

Krosnoff was able to make a quick fix to get back to the pits but the car ended up second behind the winning Dauer 962LM Porsche. 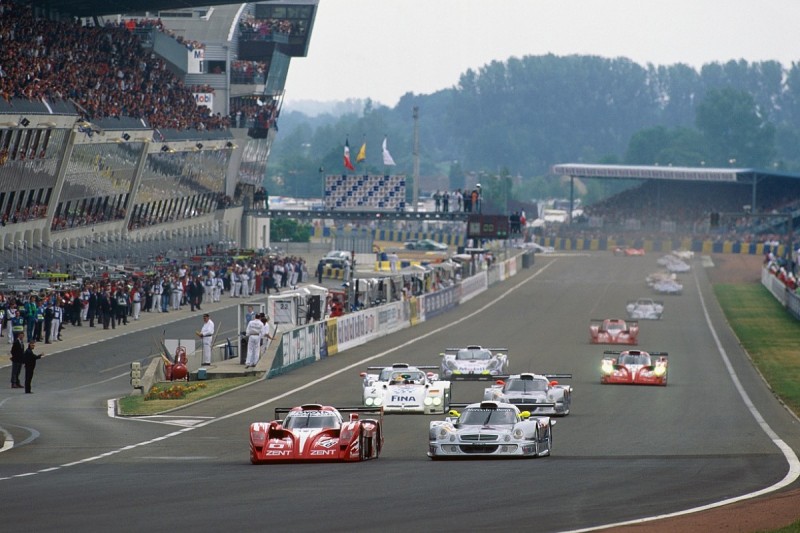 Toyota might have won in the first year of its most concerted Le Mans campaign yet.

The GT-One, developed in the same Cologne factory as today's TS050, had a performance advantage and the car driven by Thierry Boutsen, Ralf Kelleners and Geoff Lees was in front by 40s when the gearbox failed with 80 minutes to go.

The car had already undergone two changes of gear cluster and it appears that the sump plug had not been correctly tightened at some point. A lack of gearbox oil did for Toyota. 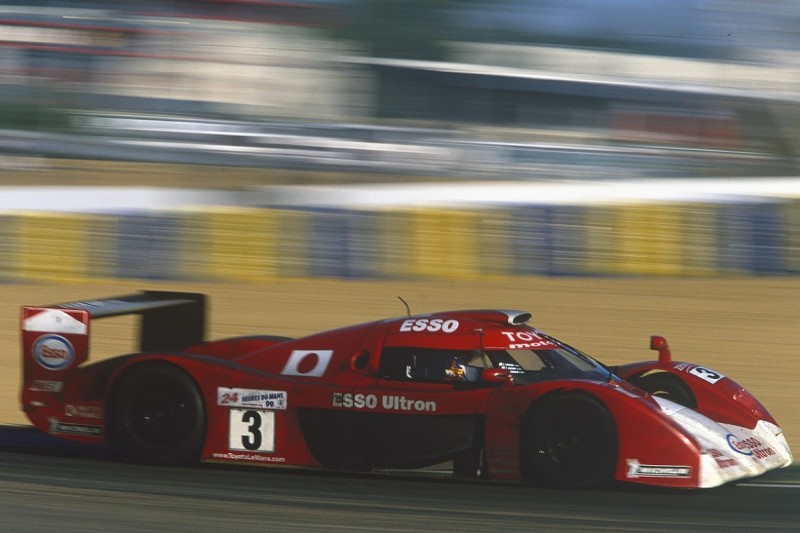 The entry in which Allan McNish had joined Boutsen and Kelleners was battling with the leading BMW when it was punted out in the night. The subsequent retirement of the best of the BMWs turned the race into the straight fight between the surviving cars from the two marques.

Ukyo Katayama, Toshio Suzuki and Keiichi Tsuchiya were course for a narrow victory before sustaining a tyre blow-out after being forced over the kerbs by a privateer BMW. 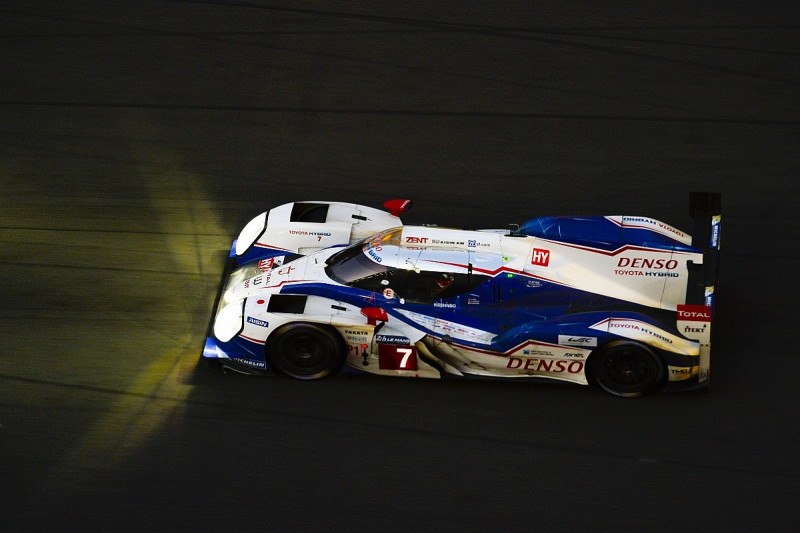 Toyota had a narrow but stable advantage over Audi during the night when a problem with an FIA sensor stranded Kazuki Nakajima out on the track.

Toyota knew it had a glitch and had just called the TS040 HYBRID in which the Japanese driver was joined by Alex Wurz and Stephane Sarrazin into the pits. The car was a few kilometres away when the sensor's loom burnt out.

The fix would have taken a couple of minutes, or about the lead it had over the Audi that went on to win. 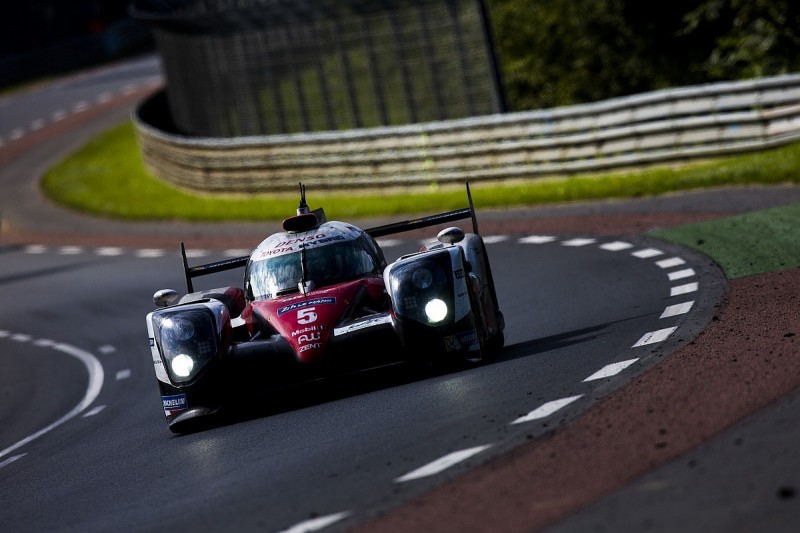 The Toyota TS050 HYBRID driven by Sebastien Buemi, Davidson and Kazuki Nakajima came back from a slow start to challenge the leading Porsche on Saturday evening.

The Japanese car prevailed in a thrilling fight and looked destined for victory when Nakajima lost power on the Mulsanne with six minutes to go. A connection in an airline between turbocharger and intercooler had fractured.

The car finished second on the road, but wasn't classified because its last lap was outside the six-minute maximum.