Richard Mille could move away from an all-female driver line-up when it returns to the FIA World Endurance Championship for a second season in 2022.

Run by the same Signatech team that is behind Alpine’s Hypercar effort, Richard Mille moved up to WEC’s LMP2 ranks this year after competing in the European Le Mans Series in 2020, retaining Sophia Floersch, Tatiana Calderon and Beitske Visser as its three drivers.

It was the second squad on the grid to race with an all-female crew along with Iron Lynx, which ran Rahel Frey and a rotating cast of second and third drivers in its Ferrari 488 in the GTE Am class.

While the team remains committed to increasing the participation of female drivers at the top echelon of endurance racing, Signatech boss Philippe Sinault said he remains open to the possibility of fielding a male driver at Richard Mille next year.

Running male drivers is nothing new for Richard Mille, which brought on board ex-Jackie Chan DC Racing racer Gabriel Aubry for the Bahrain 6 Hours when Calderon was in Japan due to clashing commitments in Super Formula. Andre Negrao also raced for the team in ELMS last year.

“We think about maybe an evolution [to our driver line-up],” Sinault told Autosport in Bahrain earlier this month.

“It's not done yet but we have talked with [team owner] Richard about the spirit [of the team].

"The main aim of this project, the target of the project, is to prove that girls can win Le Mans. So we are [open to] mixed spots [between male and female drivers].

“Today we have three girls in the team, maybe some changes will happen, we don't know exactly yet. But we think a lot about this.

“If tomorrow Ferrari or Audi want to test a girl, it would be fantastic. I prefer if it’s with Alpine for sure. Our job is to train girls to be eligible for LMDh in the future and to win the race.” 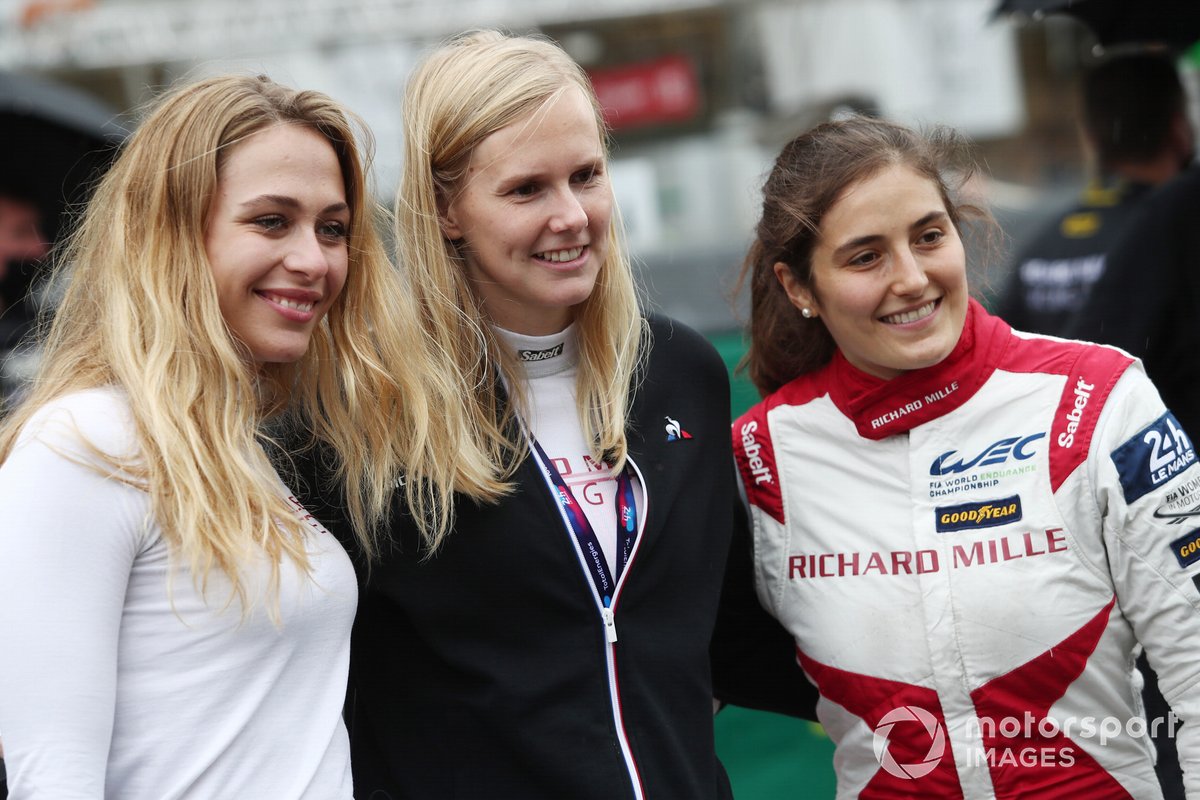 Richard Mille is thought to be keen to at least retain Calderon and Floersch for 2022 if it can, but Floersch has been linked to a move elsewhere following her test for WRT in the Bahrain rookie test and one-off ELMS race appearance for Algarve Pro Racing in Portimao.

Two-time W Series champion Jamie Chadwick and her title rival Alice Powell both had the chance to drive the #1 Oreca in the post-season Bahrain rookie test.

Richard Mille finished ninth among 11 full-season teams in an expanded LMP2 class, bagging a best finish of sixth at both Portimao and the Bahrain 6 Hours in the six-round championship.

It's believed Signatech’s focus on the Alpine LMP1 programme has left it struggling in an LMP2 field that has becoming increasingly competitive since the team's previous title in the 2018/19 superseason, with the team's 2020 ELMS engineer being reassigned to the LMP1 car this year.

A comparative lack of in-season testing is also thought to be one factor behind the team's failure to get to grips with the now-spec Goodyear tyres, having used Michelin rubber in the ELMS last year.