The #26 TDS-run G-Drive entry, which Rusinov shared with Alex Lynn and Pierre Thiriet, was an early casualty at La Sarthe after the Russian driver hit the #88 Proton Porsche of Khaled Al-Qubaisi at the Porsche Curves a little over an hour into the race.

After stopping at the side of the track, Rusinov's ORECA was pushed behind the barriers, but he eventually managed to get the heavily damaged car back to the pits before it was declared a retirement.

As well as the three-minute penalty - equivalent to almost two laps of the Nurburgring circuit - the #26 crew has another three-minute stop/go penalty suspended for the next three WEC rounds.

Rusinov's team-mate Alex Lynn, who put the car on pole for Le Mans but is set to miss the German round to make his race debut in the clashing Formula E event in New York, said he was stunned by how quickly the team's race fell apart.

"Roman did a brilliant job starting the race at the Spa 6 Hours last month, but it just started to unravel as soon as it began at Le Mans," he said.

"He lost some places on the first lap, and then when things start to go wrong it just spirals.

"I was totally stunned, especially when you consider what happened to all the LMP1 cars, which meant an LMP2 very nearly won the race outright.

"It could have been incredible because we could at least have had an overall podium, and it does make it hard to swallow."

Lynn is tipped to drive for the DS Virgin FE team in New York as Jose Maria Lopez and Sam Bird will both be racing in the WEC that weekend. 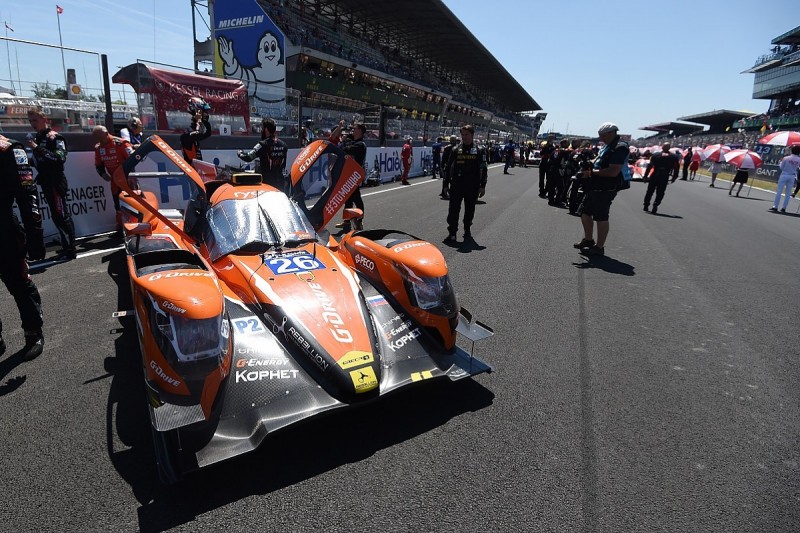