Toyota grinding to a halt on the penultimate lap. Jacky Ickx walking to his Ford in protest. The first win for a diesel car with Audi. Porsche's 19th overall win

The Le Mans 24 Hours is one of the most dramatic races on earth, a combination of speed and endurance unmatched to the level at which is reached at Le Sarthe each year.

Whether you are a mechanic, driver, team boss, spectator or fan in front of the TV, the endurance factor is shared by all, once a year, to stay up for the entirety of the race. But what's the secret to going the distance and enduring a whole day of motorsport?

The answer, is SACRED.

That being SACRED coffee. As well as powering the Autosport office in Richmond, SACRED has a number of motorsport ties which make it the go-to cup of joe for everyone from those in the garage to those in the living room.

SACRED's first gourmet coffee roast was debuted in 2005, and it's not just Le Mans where SACRED comes into its own.

The power of SACRED has attracted a number of drivers along the way. World Endurance Championship Porsche driver Ben Barker is part of the SACRED club. He's joined by British Touring Car rookie Dan Cammish with two Porsche Carrera Cup GB titles under his belt. 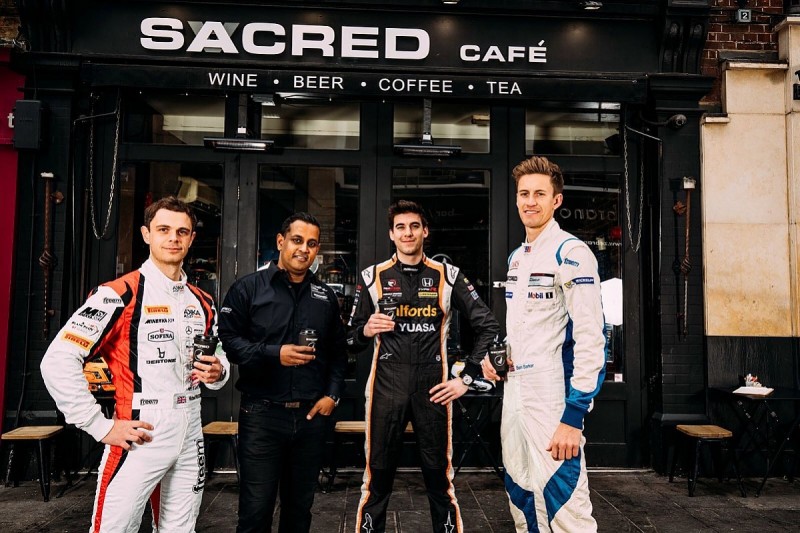 His fellow double Carrera Cup GB champion and now Blancpain Mercedes driver Michael Meadows is the final member of the SACRED driver trio. It's a mutual relationship whereby the drivers benefit from the boost of coffee, and SACRED benefits from a triplet of passionate ambassadors.

"When I get out of the car, I'll go for a coffee with my engineer," explains Barker, a Bathurst 12 Hour winner. "We've got a SACRED coffee machine in the truck, it's mega. The guys smash through it, it's a necessity as much as a luxury.

"I was really excited to link up with SACRED because I had a passion for coffee already, but also link up with a company that I actually like their coffee."

SACRED founder, Tubbs Wanigasekera, is a motorsport competitor and fan at heart, and that's reflective of his support of the three drivers all looking for big years in 2018. Thanks to SACRED, he can have a direct involvement.

"It's an exciting opportunity to be supporting three young drivers," said Wanigasekera. "Each of them were part of Posche Carrera Cup GB, which SACRED has been involved with for nine years. SACRED being part of the progression in their careers is exciting and helps with extending our gourmet coffee and tea brand reach in to other formula of motorsport."

SACRED can offer coffee machines with barista training and technical support, with a wide array of coffee blends and teas on offer. It can also help with marketing support and special events to suit the need of any future partner.

As motorsport fans, everyone has that early start, that late night, with events in different time zones all over the world. Now you can follow the lead of some of the world's best motorsport marques, like Porsche, by staying up with SACRED.

The WEC's LMP1 promise that couldn't be kept