Toyota locked out the front row with its pair of TS050 Hybrids, the quickest of which was 1.842 seconds up on the #1 Rebellion R-13-Gibson in third.

Stephane Sarrazin, whose #17 SMP Racing entry failed to set a time after stopping on circuit with an engine systems issue, said fighting the Toyotas would be impossible.

"We are in another world," said Sarrazin. "We are a private team so we fight with [the other] private cars. We cannot dream. The target is to be same level as Rebellion."

"We have good balance but sliding a bit too much, understeer," he said. "You hope for a result, but we know there's not enough grip."

Rebellion driver Neel Jani said that while the qualifying gap to Toyota was not accurate due to the 25-minute session being disrupted by two red flags, the race pace difference to the WEC's sole factory LMP1 team remains substantial.

He estimated that the race pace deficit between Rebellion and the Toyotas would be more than a second per lap.

"We haven't brought everything together what we need," Jani said. "Our gap is for sure bigger than a second on an average lap, which makes it difficult.

"But the formation is correct - Toyota, us and the rest, that is clear. Third is the new first!" 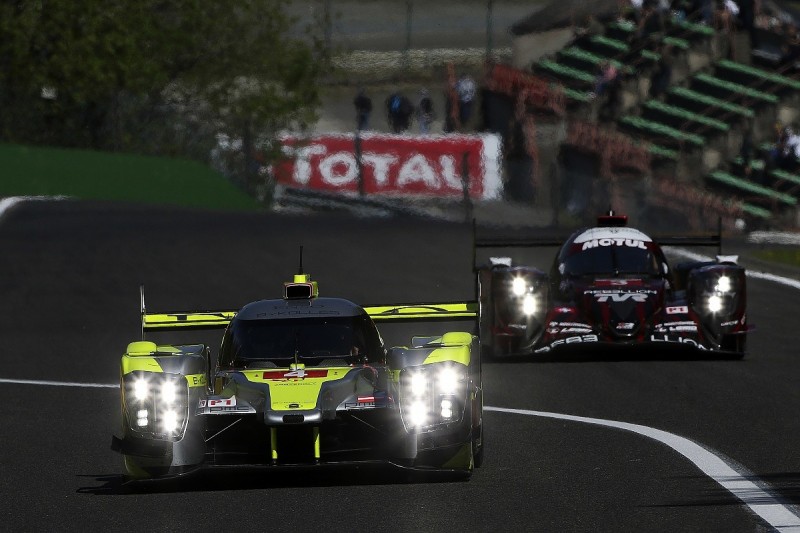 ByKolles qualified sixth with its ENSO CLM P1/01-Nissan, behind the best of the SMP Racing cars, and Oliver Webb said the goal would be to challenge Rebellion rather than Toyota.

"We're off the Rebellions, but the SMP we were only one tenth off them," said Webb. "We've got a second to the Rebellion cars, but the car is working well.

"I'd like to think we can challenge Rebellion on old tyres rather than new ones, but I still think they have a bit of an edge out of all the privateers."

Webb added the privateer teams are capped at 17-lap race stints, while the Toyotas are expected to run 19 laps between pitstops.

"That is the rule," Webb said. "We [all the privateers] will be very obviously pitting [together] and that will make it really exciting in the pitlane!"

The LMP1 field is likely to feature just seven cars for the Spa race, following the withdrawal of both Manor-run Ginettas due to financial issues and DragonSpeed driver Pietro Fittipaldi's high-speed crash in qualifying.

Fittipaldi sustained suspected fractures in both legs and the DragonSpeed BR1 chassis is believed to be too damaged to be able to race, with no spare tub available.