While Porsche managed to salvage victory with its #2 car, it did so by overhauling the #37 DC Racing ORECA 07 LMP2 car with a little more than an hour of the race remaining.

Ginetta will enter the World Endurance Championship next season, and its head Lawrence Tomlinson told Autosport any repeat troubles for the factory teams in 2018 would allow a well-run privateer to shine.

"Le Mans last weekend just showed once again why this is such a good time to be moving into LMP1 as a privateer because if you had a quick and reliable car the potential was definitely there for an outright win, which it hasn't been in recent years," Tomlinson said.

"It wasn't good for the factory teams.

"But there is a great opportunity out there for LMP1 to be so much more affordable and accessible.

"There are only four hybrid cars in the WEC, and just five at Le Mans, and reliability is a key area.

"This year they didn't have that.

"The hybrid LMP1 cars are so technical now. We have simple, tried and tested engineering in our car, which is what you need for reliability at Le Mans.

"Last weekend proved if you can run reliably and at a good pace, then you can now win the race outright without being a full factory entry." 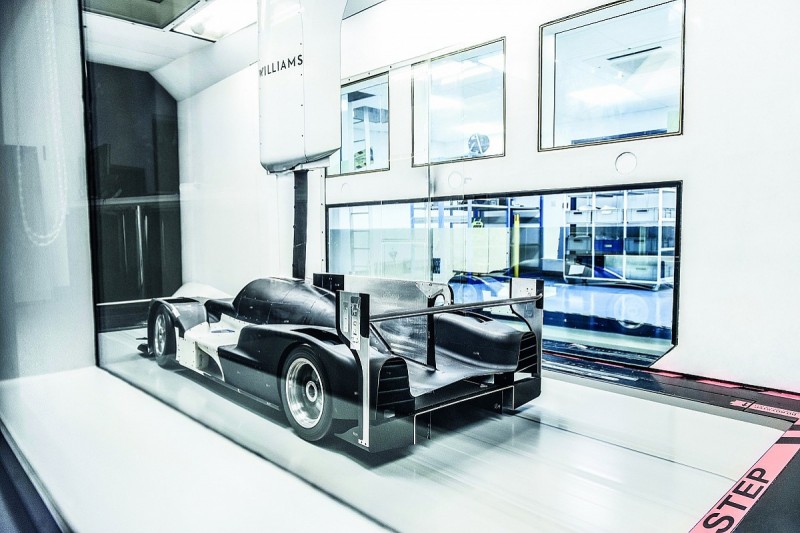 Ginetta is pushing ahead with its new privateer LMP1 design, which is scheduled to hit the tracks this Winter.

It is working closely with Williams on the development of the car, with a 50% scale model conducting its first runs in the F1 team's windtunnel last week, and has already conducted in-depth CFD design work on its new car.

Tomlinson said his firm was planning a minimum of four more runs in the Williams windtunnel before on-track testing begins in November.

"We're approaching the development of our new car in the exact same way a full factory team would," added Tomlinson.

"We're well advanced with the car.

We've already done over 100 runs in CFD with different iterations and the numbers we got from the windtunnel we're delighted with.

"We're working with some very experienced people and this is the perfect time for this project.

"We've even spoken to manufacturers about our car and the potential it has for the future.

"But they're just general conversations at the moment."