The Brazilian, who is making his Le Mans debut with Cetilar Villorba Corse, is currently the joint championship leader in the IMSA SportsCar Championship, driving a Cadillac DPi based on the Dallara chassis with a bespoke aero and powertrain package.

He believes that the Cadillac's performances in the US with Action Express and 2017 champions Wayne Taylor Racing demonstrate the Dallara's potential, but a lack of front downforce for the standard package and limited homologation waivers are holding it back.

Dallara, Ligier and Riley/Multimatic - which is not present this year - were each allocated a 'joker' to improve their Le Mans packages relative to the benchmark ORECA over the winter, but while the fastest Ligier was just half a second off the pace in qualifying, the Dallara contingent has struggled to get up to speed, with Nasr the best-placed in 12th position.

"[The Cadillac and Dallara] are totally different, even in terms of driving, but they have similar outcomes in terms of the understeer," he told Autosport.

"We also have some understeer in the US, but here it's something that you can't fix because you end up unbalancing the car and not getting an overall gain.

"You try to cure the understeer but you make the rear worse.

"I'm sure where the problem is, but it's just a matter of them and the series, I don't know.

"It's clearly limiting the potential of the car, because I know how the car drives in the US and I can win races.

"I wish we could do the same here."

Nasr was over three seconds off the pace of the pole-claiming IDEC Sport ORECA after an enormous accident for team-mate Giorgio Sernagiotto in Q2 forced the team to miss the final session, in which multiple cars improved.

He hopes to replicate the team's top-seven finish in class from last season, but accepts that ORECA and Ligier are "out of reach." 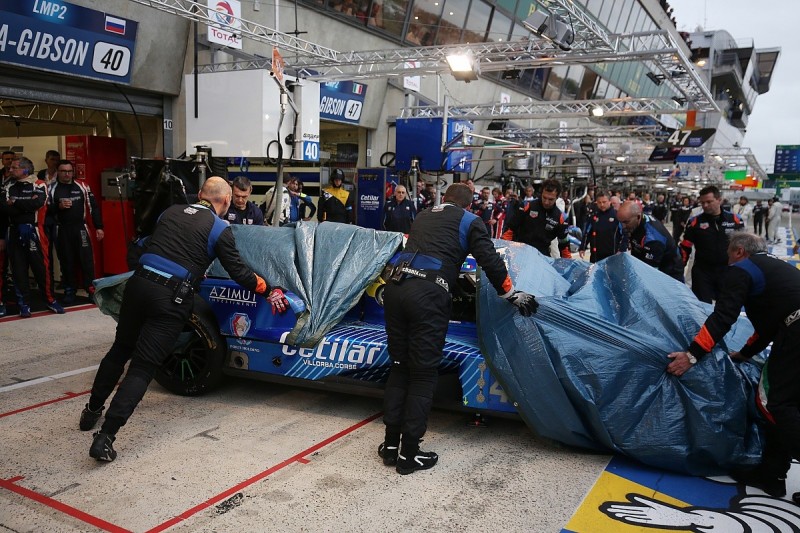 "To be the first Dallara was already very positive because the ORECAs are out of reach and the Ligiers are clearly one to two seconds faster than us," Nasr said.

"We are struggling especially in the medium-high speed corners, because as soon as we try to bring some speed into the corner, we just don't have enough front downforce.

"They've done their joker already on the front splitter, but it's clearly not enough.

"I'm sure people who look after that, they know what's going on and hopefully they can do something.

"It's the weekend now, they aren't going to do enough, but it's clear that we have a deficit in the car. Even in a race condition, you still struggle for that front downforce that is lacking in the car."

Cetilar Villorba Corse team boss Raimondo Amadio confirmed to Autosport that the chassis would be ready for Saturday warm-up, after the mechanics worked until 3am making repairs.