The #1 Porsche now heads the LMP2 lead battle by 11 laps as the 16th hour was another one without major incident for the car Jani shares with Nick Tandy and Andre Lotterer.

Second in class is still the sister car with Timo Bernhard remaining 10th overall, while Sebastien Buemi has climbed to 16th in the #8 Toyota.

Those are the only three LMP1 cars still in the race. 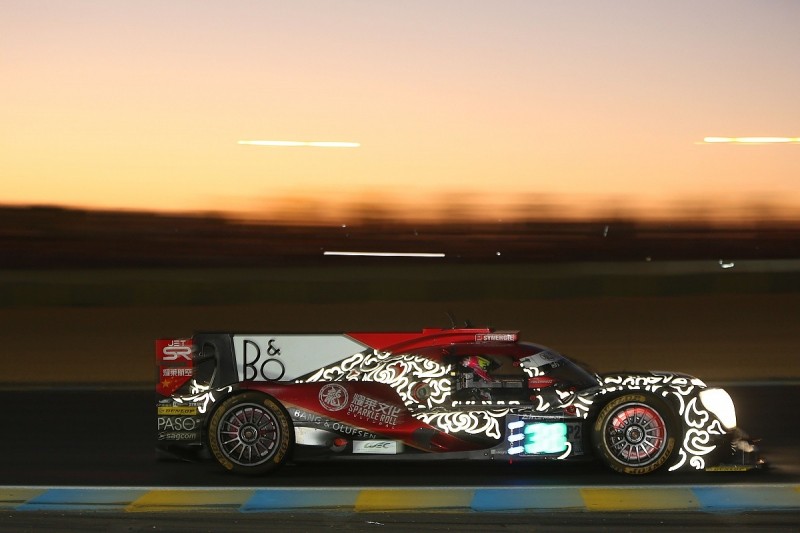 The #13 Rebellion ORECA of Nelson Piquet had been leading but lost around a minute during a slow zone.

Tung was then able to pit - restoring the #38 machine in line with the Rebellion in the pitstop sequence - and still emerge ahead.

The second Rebellion remains third in the hands of Bruno Senna.

The main casualty during that hour was the #40 Graff ORECA of James Allen, who went off at Indianapolis.

As a result it dropped from sixth to eighth in class. 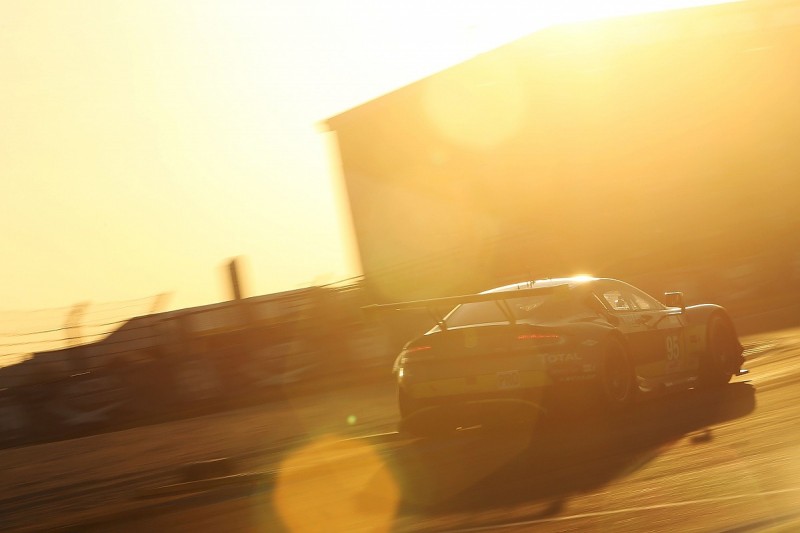 The safety car period in the previous hour enabled Marco Sorensen to hold a leading margin of a minute and a half in the #95 Aston Martin once the circuit went green and the out-of-pitstop-sync #91 Porsche of Richard Lietz, which had been leading, broke for the pits.

But two further slow zones during the hour enabled the chasing pack to slash that lead to under 20s.

Sorensen and Lietz had been running behind one safety car and the chasing pack the other.

Both AF Corse Ferraris had pitted under the full-course yellow, emerging behind the second safety car, but the slow zones brought them back into contention.

Calado led the chasing pack in the #51 Ferrari, but was caught and passed by Pilet - in for Lietz in the #91 Porsche - during the hour.

The timing of the subsequent slow zones - for a spinning prototype and Tracy Krohn's GTE Am Ferrari at Indianapolis - then enabled them to move in on the leading Aston.

The #71 Ferrari also fought back after a brief visit to the garage during its pitstop, passing Andy Priaulx in the #67 Ford.

The situation remains less fluid in GTE Am, where the #84 JMW Ferrari currently driven by Robert Smith still leads, albeit by a reduced margin after gold driver Marco Cioci went on a charge in the second-placed #55 Ferrari.