After learning that he would be relegated to a reserve driver role in F1 to make way for Fernando Alonso, Magnussen explored the possibility of joining his father in Corvette's factory sportscar programme for the June showpiece event.

However, it was too late for the younger Dane to find a seat.

"I asked my dad if he would ask Corvette if there was an available slot," said Magnussen after his first day of F1 testing in 2015 at Barcelona.

"That would be cool to do, team-mates with dad at Le Mans to try to win class, but they had already signed drivers for the car. 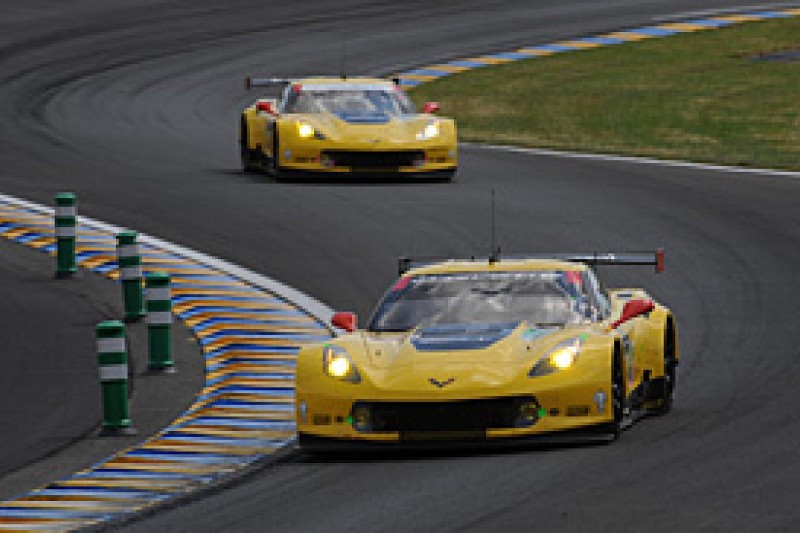 "So it will not happen this year, and this year would have been a good opportunity for it to happen.

"I will have to ask him to keep going for another 15 years."

The 22-year-old added that he doesn't expect to appear on the F1 grid with the Manor/Marussia team, which still has a vacant seat for this season.

"I think it would be wrong to say no completely, but it is not what I am looking at," Magnussen said.

"We haven't talked to them. It is not like we are jumping at it.

"We are thinking of everything, it's difficult to know what is the best thing for getting back to F1."

Magnussen is still unsure how his 2015 programme will shape up, as he could end up racing in another series alongside his McLaren commitments.

"I got the call quite late that I wasn't racing in F1, so a lot of things were closed already," he said.

"The options are very limited, but I am also not really sure if racing something else is the right thing to do if you want to get back to F1.

"The best thing would be to drive race cars and do races and keep sharp. F1 is tricky these days with not much testing."