Button is set to make his World Endurance Championship debut next month in the Le Mans 24 Hours after agreeing a deal to contest the 2018/19 superseason alongside Vitaly Petrov and Mikhail Aleshin in SMP's #11 BR1-AER.

He missed last weekend's Spa opener due to clashing Super GT commitments, but he turned his first laps in the Dallara-built prototype at Magny-Cours on Wednesday.

An SMP Racing representative told Autosport: "We are very happy after the first test day with Jenson in Magny-Cours.

"He was immediately comfortable in the car and enjoyed a full testing day, including day and night runs.

"Jenson had a series of long and short stints and extracted most of the car in each run. 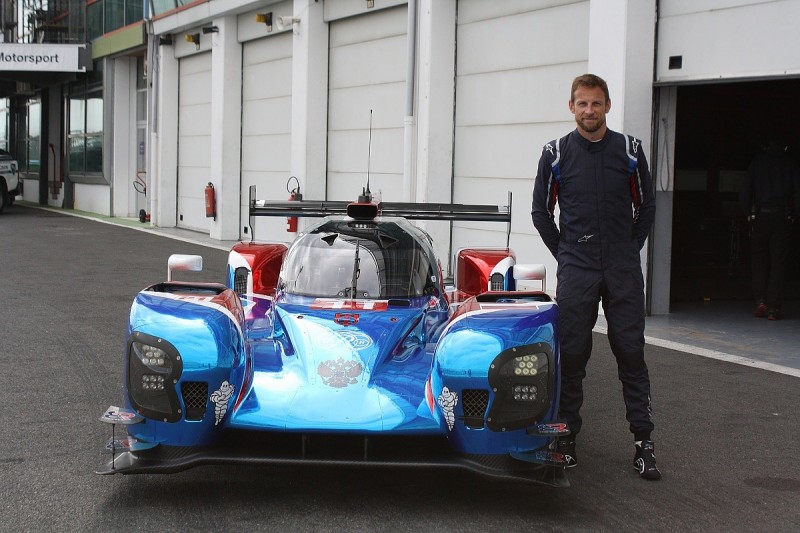 "The car was with the low-downforce aero kit, same as at recent race in Spa as we are preparing for Le Mans."

Posting on his Instagram page, Button wrote: "I'm smiling from ear to ear!

"Had my first test in @smp_racing BR1 and absolutely loved it, nice for my first test to be around Magny Cours as it's one of my favourite circuits and I have a lot of great memories from racing there, it felt very much like old skool F1 from when we raced there back in '05/'06.

"A solid 5hrs of testing and I'm already feeling comfortable behind the wheel of the beast! Still some areas of improvement needed but a good starting point thanks to @vitalypetrov & @aleshin_official #11"

The Briton's next test in the BR1 will be the Le Mans test day on June 3, two weeks before the race.