The wait for Aston Martin to secure the first World Endurance Championship win with its new Vantage GTE felt like "a thousand years", says Nicki Thiim

Aston's new-for-2018 contender took its first GTE Pro victory on Sunday in a rainy, disrupted Shanghai race on only its fifth attempt, after a largely difficult year for the British marque, which included an uncompetitive showing at the Le Mans 24 Hours and a disappointing Fuji race that was compromised by a bad strategic call.

Aston chose to split its strategies at Shanghai, an approach that ultimately meant Nicki Thiim and Marco Sorensen took victory in the #95 car while Maxime Martin and Alex Lynn, hurt by having to take a pitstop under green flag running, ended up fourth behind both Porsches.

"It's quite emotional I have to say," said Thiim of the Shanghai win. "I haven't felt like this since we won the championship in 2016 in Bahrain.

"We made a big step from Silverstone, couldn't finish it off at Fuji, but now we did it.

"We did exactly the right moves under the safety car and so on. We didn't get the strategy right in Fuji.

"It sounds like a few races, but it felt like a thousand years. To be honest I didn't expect it would take so long [to win] with the new car.

"We're still learning, and finishing off [the year] with a win now is the best thing could happen. We've got to keep improving especially for Sebring." 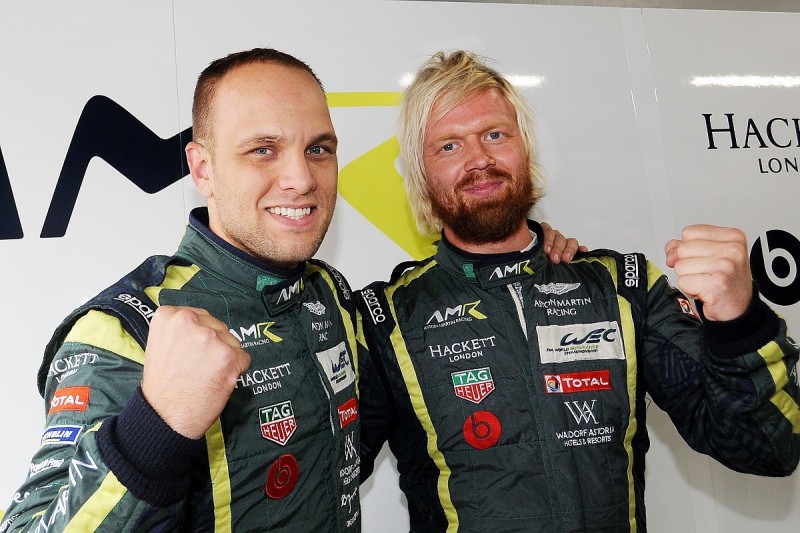 The #95 Aston Martin finished the Shanghai event seventh overall - ahead of the best of the LMP2s, the #38 Jackie Chan DC Racing ORECA shared by Stephane Richelmi, Gabriel Aubry and Ho-Pin Tung.

Sorensen said he knew he had to pass the #38 machine in the closing stages because he was being held up.

"It was actually becoming a little bit of a problem, after the safety car the tyre pressures were so low, it was cold, it was raining and you couldn't bring the tyres up to temperature," he recalled.

"So I knew when I got past this guy was holding up everyone else a bit as well, so it was perfect."