Signatech Alpine will move up to the top level of sportscar racing next season, entering a rebranded Rebellion R-13 in the FIA World Endurance Championship's top class.

The move, first reported by French publication AutoHebdo on Thursday, follows hot on the heels of Renault rebranding its Formula 1 team as Alpine for the 2021 season.

An official announcement is expected on Monday.

Autosport has learned that the Signatech team will be operating one of the three of the R-13 chassis in existence on loan from Oreca, which owns the car.

It is expected that it will be rebranded in the same way its Oreca 07 LMP2 car is known as an Alpine A470.

Rebellion, which announced earlier this year that it would exit endurance racing at the conclusion of the 2019/20 WEC season, confirmed to Autosport that it has no plans to sell or loan out the two Gibson-engined R-13s that remain in its ownership.

Existing Signatech LMP2 drivers Andre Negrao and Nathanael Berthon, the latter of whom is set to drive for Rebellion in next weekend's Le Mans 24 Hours, have been reported as candidates to drive the car.

Thomas Laurent, who was part of the Rebellion line-up in 2018/19 before making the move to Signatech for the current season, could also be in the frame. 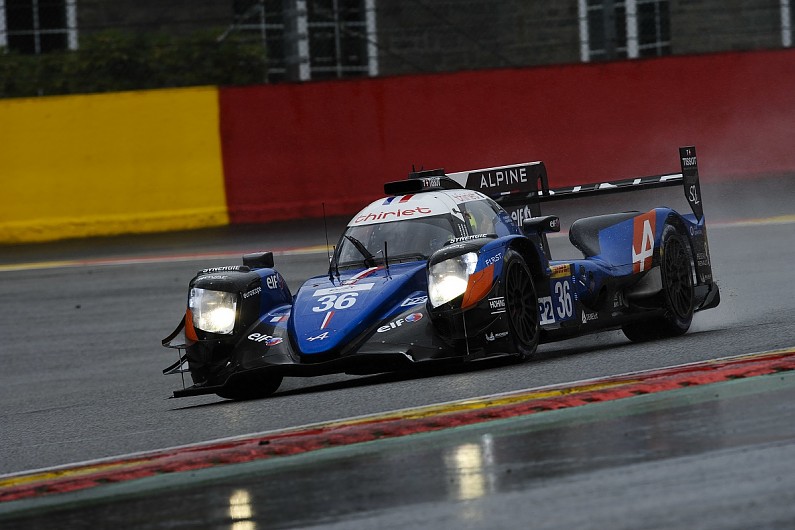 Signatech Alpine's graduation to the new top class of the WEC in 2021, albeit with a grandfathered LMP1 car rather than a Le Mans Hypercar (LMH), comes as a boost to a top class that so far has only attracted entries from Toyota, Glickenhaus and ByKolles.

It is likely to be the only current-gen LMP1 car on the grid, unless Ginetta is able to find a customer willing to continue operating its G60-LT-P1 beyond the end of this season.

It also raises the prospect of Alpine gearing up to commit to either the LMH formula or the LMDh ruleset that the WEC will share with the IMSA WeatherTech SportsCar Championship, which was originally planned to come on stream in 2022 but could be delayed by a year.

In such a scenario, Alpine would face off against fellow French marque Peugeot when the latter joins the WEC field with a new hybrid-powered contender some time in 2022.

Signatech Alpine has been a stalwart of the WEC's LMP2 ranks since 2015, when it entered a rebranded Oreca 03 in the secondary prototype division.

It switched to an Oreca 05 the following year, picking up its first of three Le Mans class victories.

The second came in 2018 with an Oreca 07, inherited after rival squad G-Drive Racing was disqualified for a refuelling irregularity, and the third last year.