"It's not an easy corner in a GT car because you have to straighten-out the braking zone. There's a little bit of extra track you can use out on the left, then you turn in late and brake in a straight line as much as possible.

"Get it wrong, and you are going to be in a world of trouble. It's a pretty quick chicane, third gear, so you've got to be committed. The exit is important because you are flat until the left-hander at the bottom of the hill at the old Esses. It's a great corner and pretty demanding." 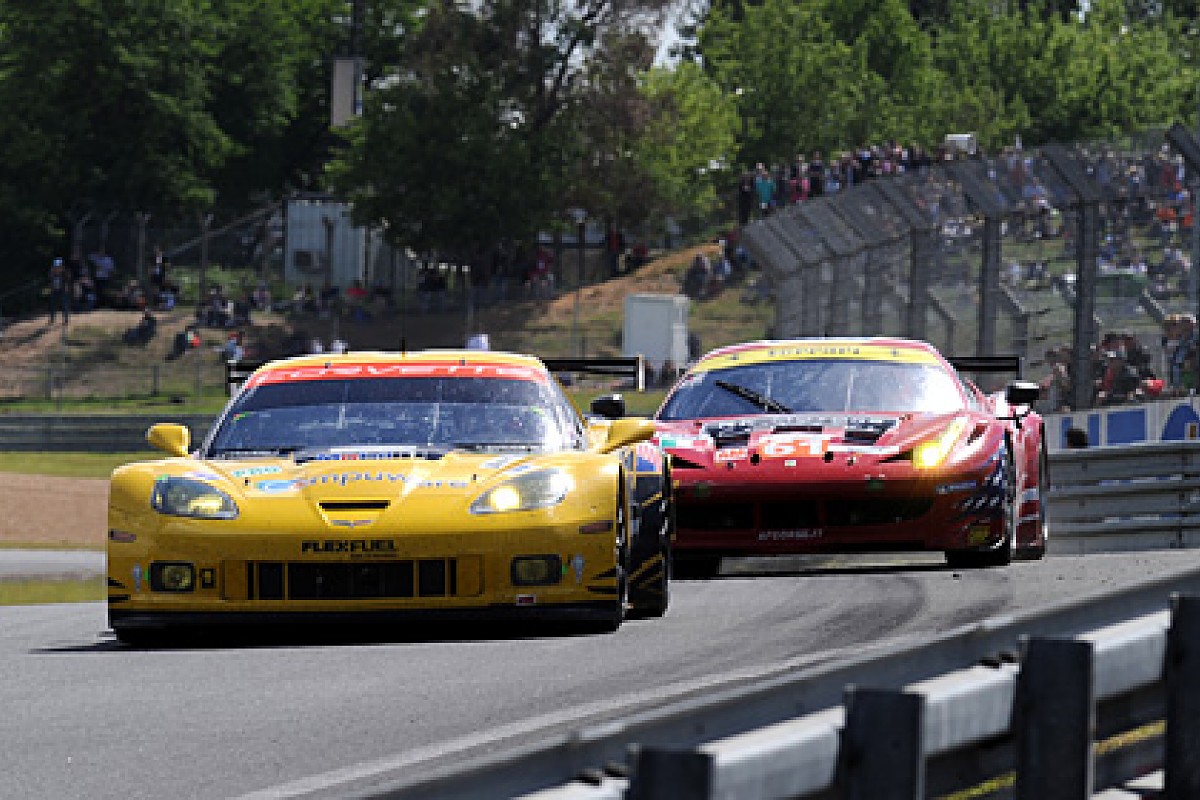 "People forget that this is one of the best parts of the circuit; I love the Esses. The downhill right, La Foret, is blind and flat, though a little lift is needed on old tyres. Then the left-hander at the bottom of the hill has loads of camber, which crushes you into the car, and then the track goes quickly off camber in the right-hander.

"Tertre Rouge is super-fast these days. It is just a lift because there's so much grip and the exit so wide and you can take a bit of kerb on the outside. It's so important because the fastest section of the Mulsanne Straight follows." 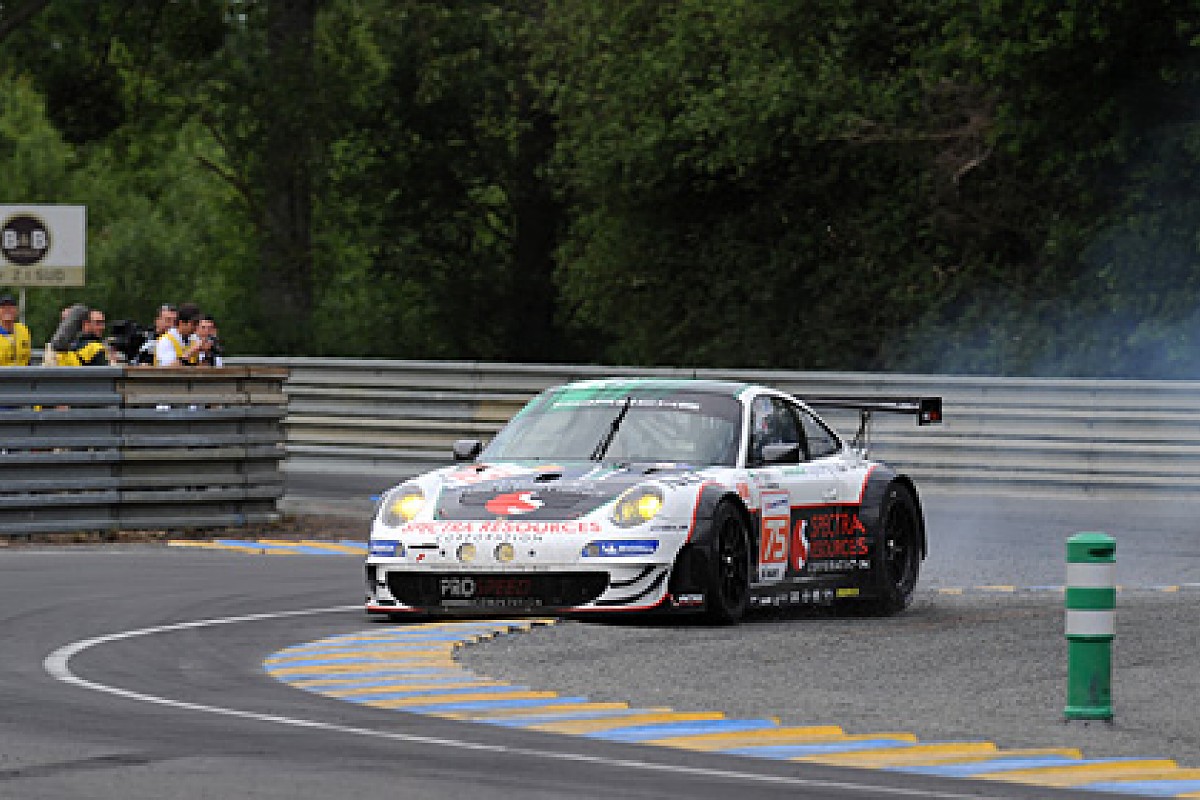 "Those chicanes are peril in disguise, especially the first one. It's a game of dare on the brakes. You brake on public road with a crown to it, but as soon as you start to turn, you are on proper race track and the grip starts to come.

"The first one is so tricky, because you always feel that you haven't carried enough speed in. But when you try that, you end up in a bit of trouble. Things are more in your favour at the second chicane: you brake later and, from the apex on, you can really attack because it opens up beautifully into the old Mulsanne Kink." 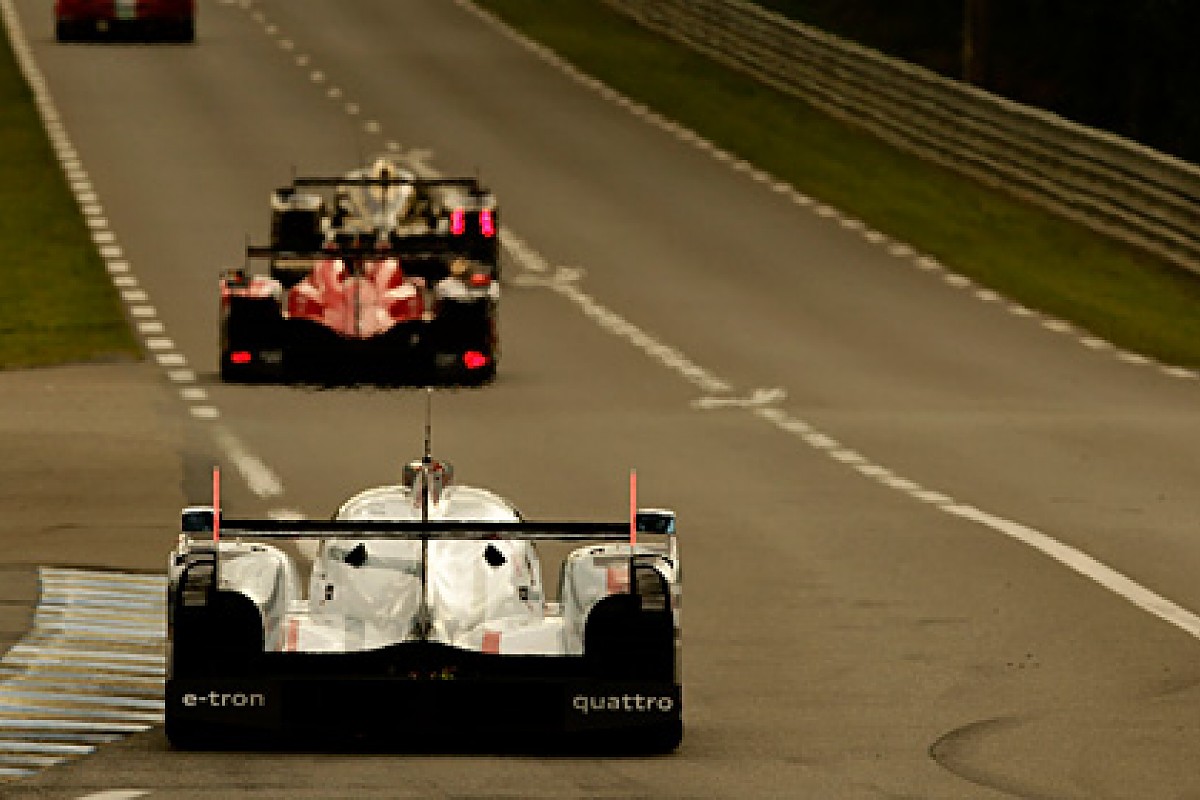 "It's a tricky corner because you've got the kinked braking zone, so you aren't on the brakes in a straight line, which makes it really tricky in the wet. You come down from sixth gear to second in a very short space of time and, if you do have to overtake, you've got to be pretty committed because the inside line is always dirty.

"There's a lot going against you at this corner, but it's one that I really enjoy. You always get a good gathering of spectators and you can smell the barbecues during the evening." 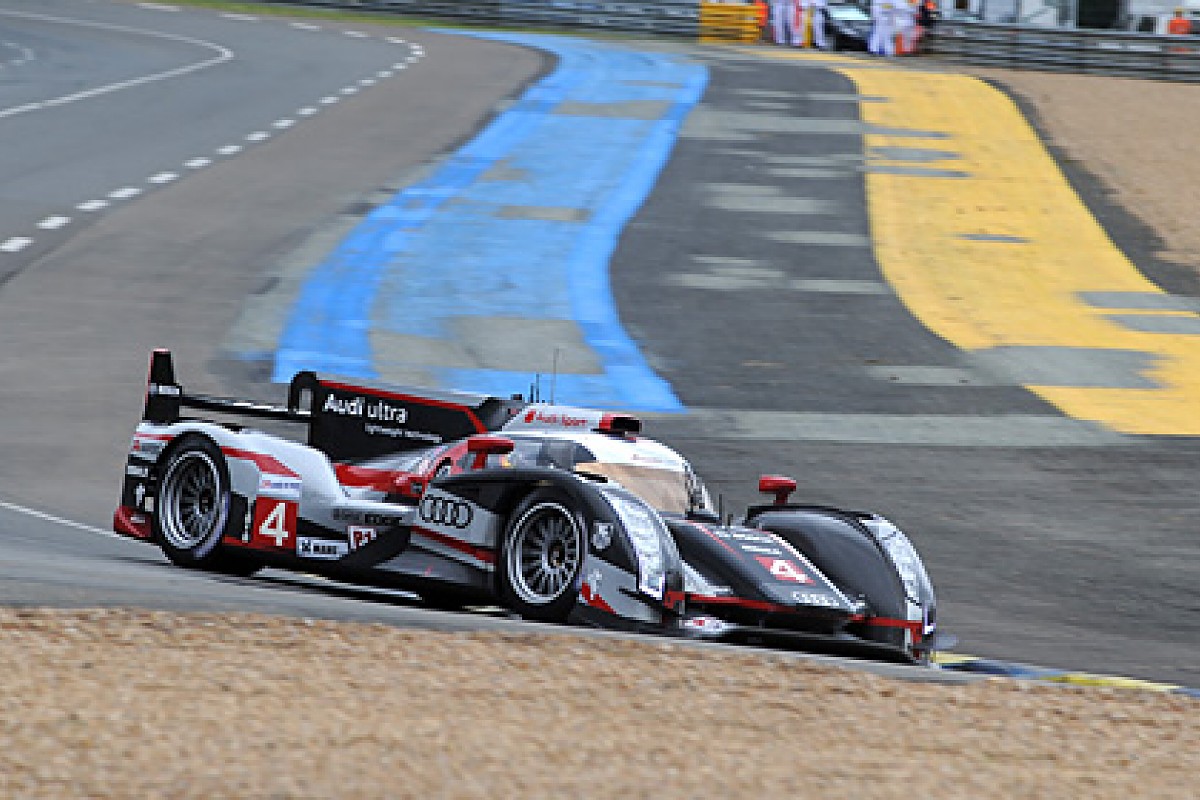 "Indianapolis is really good fun. It is a difficult corner because you go from such high speed down to second or third gear. You lift or downshift before the right-hander, normally a shift to get one of the downchanges out of the way before you get into the corner.

"You turn in with lots of downforce, which downgrades as go down through the gears. When you go from turning right to turning left, it is very easy to upset the car. It always feels that you can carry a bit more speed through this section, but when you try it, you normally end up going off." 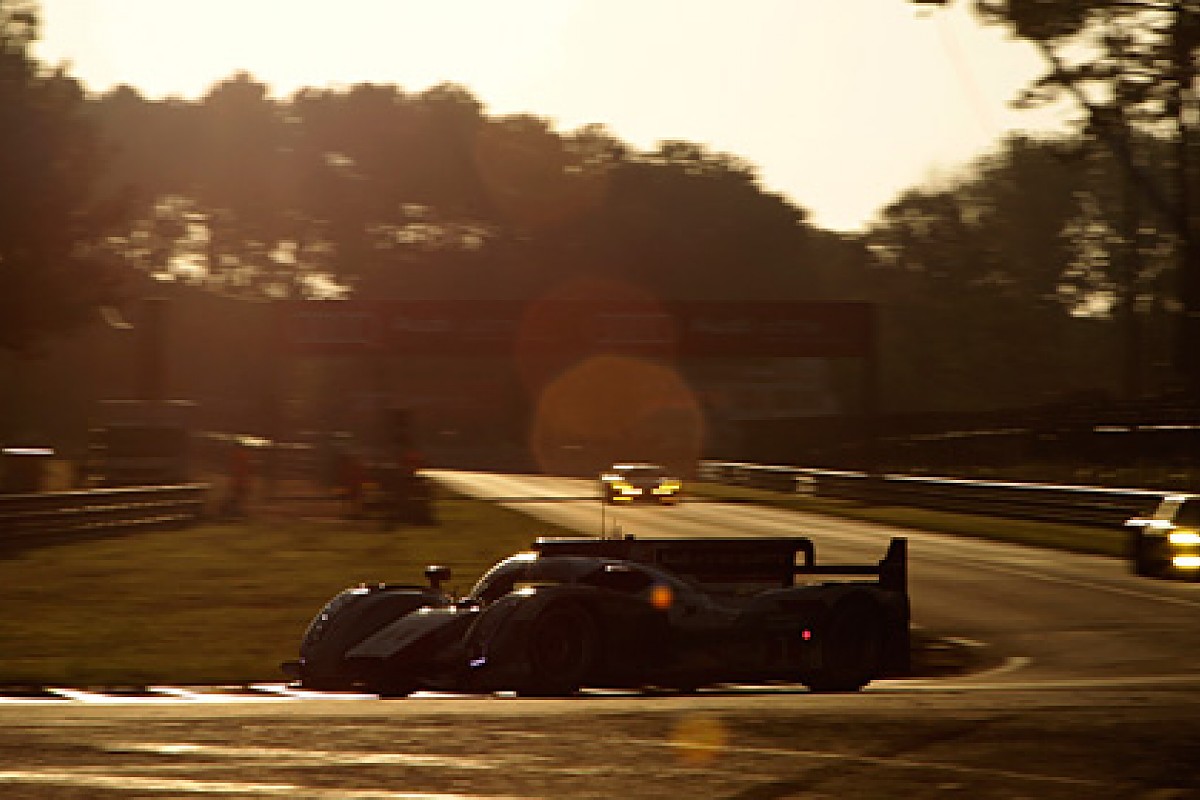 "Arnage is the slowest corner on the track and seemingly very simple, but it's one that catches so many people out. You have to get the car stopped and then there's this strange surface change, because the corner is T-junction for the rest of the year.

"On a qualifying lap, I have more nerves going into that corner than anywhere else. The difference between hitting the barrier and not hitting the barrier is probably five bar of brake pressure or getting on the brakes half a metre too late. It is difficult to gain much, but easy to lose a lot." 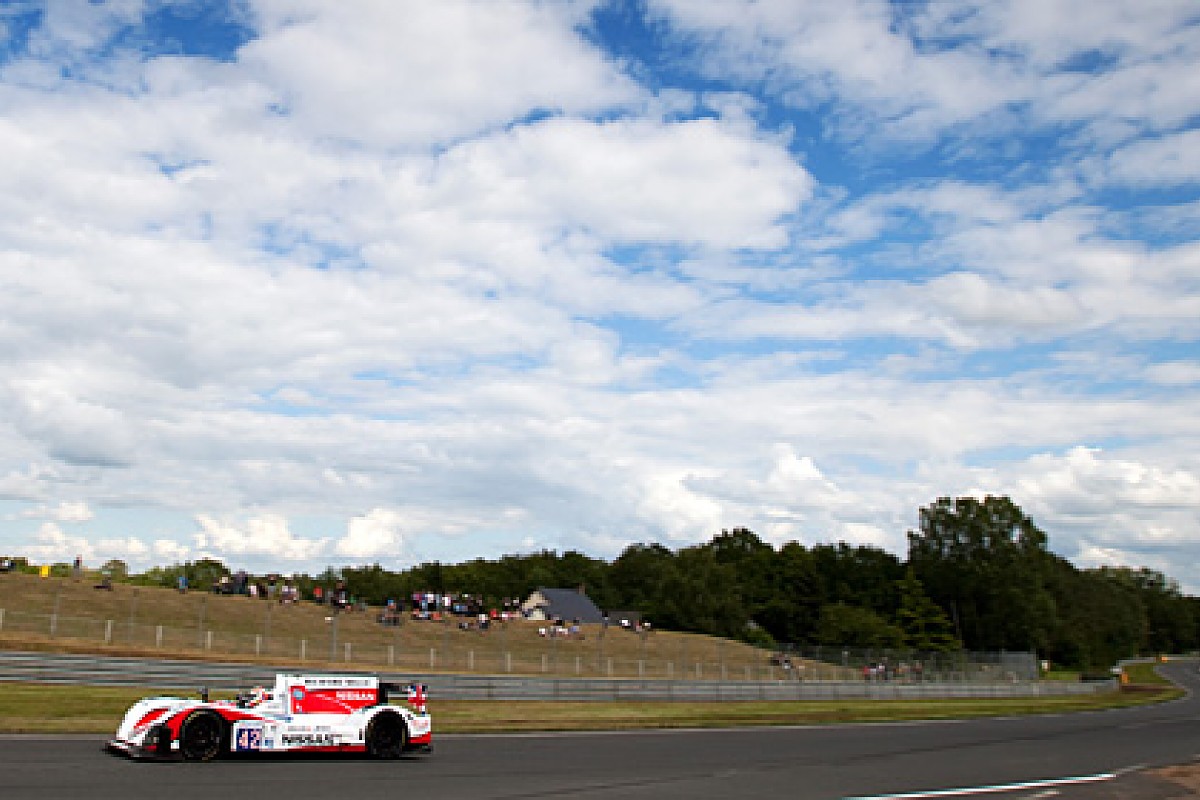 "The Porsche Curves has to be my favourite sequence. It's down one gear for the right, then it's flat through the double left and just a little lift to make the right. Then, you shift down and it's a little lift for the next left. You never go below 155mph.

"Those are the kinds of speeds at which our cars come alive. It feels like you are driving through a tunnel because the track is so narrow and the concrete walls are so close. It all heightens the sensation of speed. The Porsche Curves are the best bit of a brilliant track." 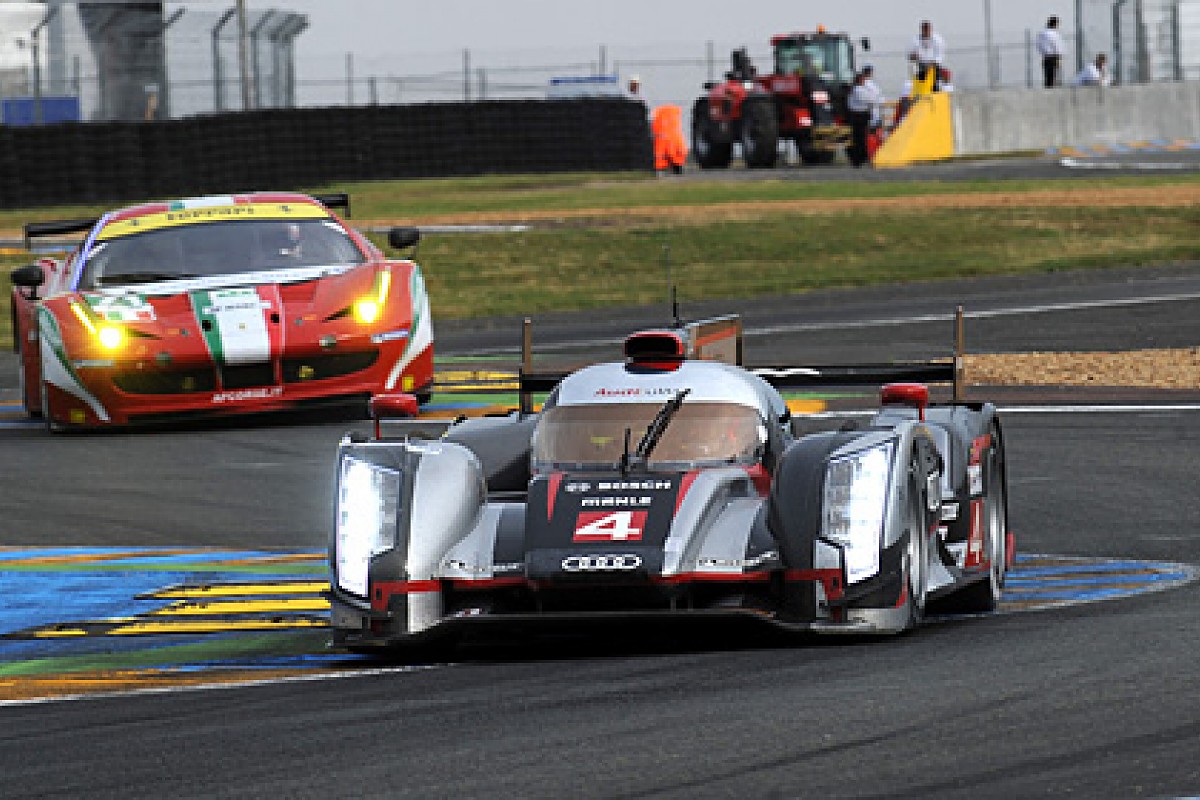 "You can gain a lot of time here; it's a tricky corner at which you see a lot of spins, and not just by amateur drivers. Think of how many mistakes you see there over the course of Le Mans week. The first part, the left-hander, has a blind approach so it's difficult to pick out your turn-in.

"You have to be super-precise, but if you get it right, you're set up to be super-cheeky through the right-hander, which is actually quite a quick corner when the track rubbers in. You can steal a lot of kerb on the inside and drift out and use the kerb on the outside."