Jamie Chadwick took pole position in W Series qualifying at the Red Bull Ring, finishing over a tenth clear of Beitske Visser, who will start second on the grid.

The reigning champion set a time of 1m28.473s to secure her position at the front of the pack for Saturday’s race.

Veloce driver Chadwick had a difficult weekend in the first round last week, qualifying eighth because of a cracked carbon pipe before finishing the race sixth after a collision, but was quickest in this morning’s practice session.

Powell, who started on pole last weekend and won the race, will start in 12th after she was plagued by a “very frustrating” car issue throughout practice and qualifying.

Jessica Hawkins was the first car out onto the track, which remained dry despite spots of rain during the earlier Formula 1 practice session. 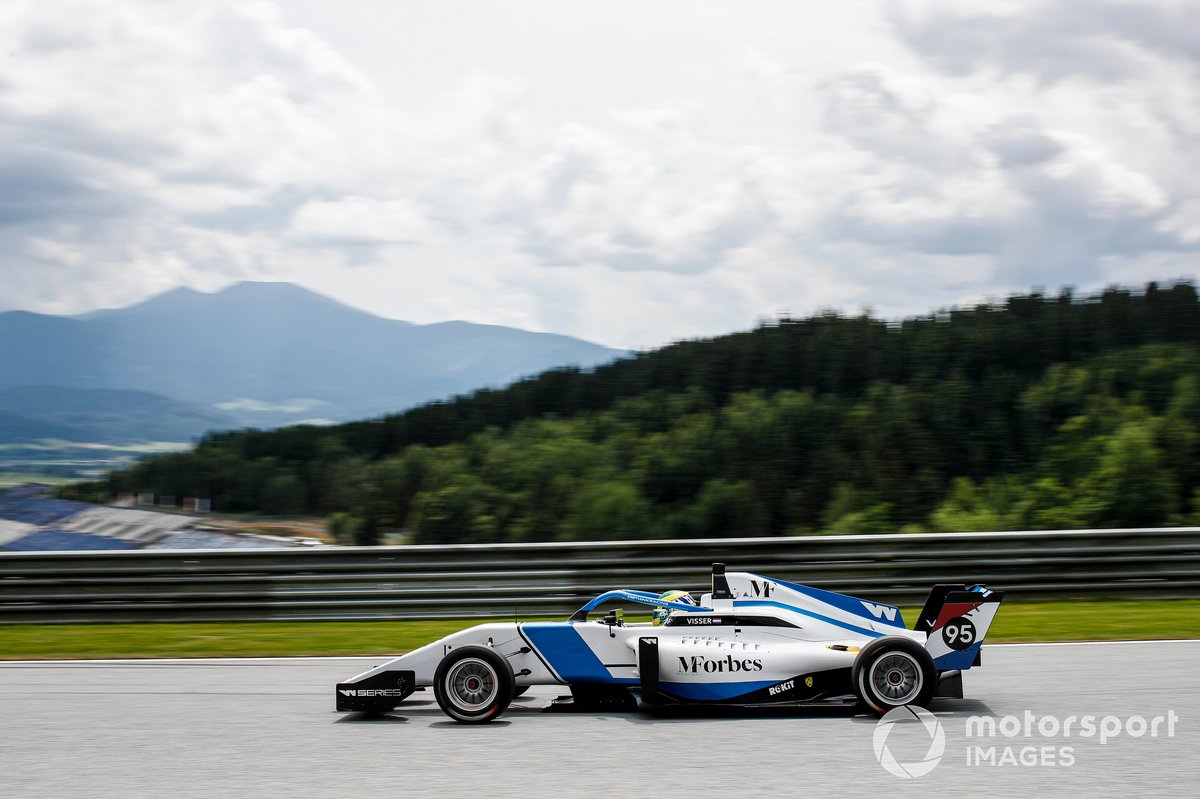 Just two minutes into qualifying, the session was red-flagged after Sabre Cook span her Bunker Racing car while trying to warm up her tyres and went off into the gravel at Turn 7, leaving her beached.

Powell led the pack back out onto the track five minutes later in her Racing X-sponsored car, followed by team-mate Hawkins.

Chadwick quickly topped the timesheet with a 1m30.522s, two-tenths clear of second place Sidorkova, who did come back with a faster time but had it deleted for exceeding track limits at Turn 9.

Chadwick then managed to set a 1m29.544, the first lap of the session below 1m30, before a slightly quicker time was deleted at Turn 10.

Tomaselli was stuck in the pits for some time with a wheel retention nut issue, but managed to get back out on track.

At the halfway point, Chadwick led from Abbie Eaton, Vicky Piria and Visser.

Sarah Moore finally got out onto the track after spending the first 15 minutes in the pits, while Kimilainen emerged with just ten minutes to go.

Shortly after, Tomaselli managed to take the top spot by just over a tenth after getting a tow on the start-finish straight, before Chadwick reclaimed the lead.

Three drivers will have to serve three-place grid penalties for the race after making contact during last weekend’s race – Kimilainen, Piria and Cook.