The 2013 Lightweight TT winner joined the British Superbike outfit for its first foray into road racing at the start of this year on BMW machinery.

However, owing to the COVID-19 pandemic forcing the cancellation of all international road racing events this year, OMG never got the chance to make its debut.

The 14-time TT podium finisher will remain with the squad in 2021, but will expand his programme to include several off-road events - including the Abu Dhabi Desert Challenge and the Dubai International Baja events - as part of preparations for a debut outing at the famous Dakar Rally in 2022.

Hillier will become just the second TT rider to contest the gruelling rally raid, after Frenchman Julien Toniutti contested the event in 2019.

"Although we weren't able to race the bike this season due to the pandemic, I feel really settled within the team and our testing programme alongside the British Superbike riders at Monteblanco and Jerez went very well. 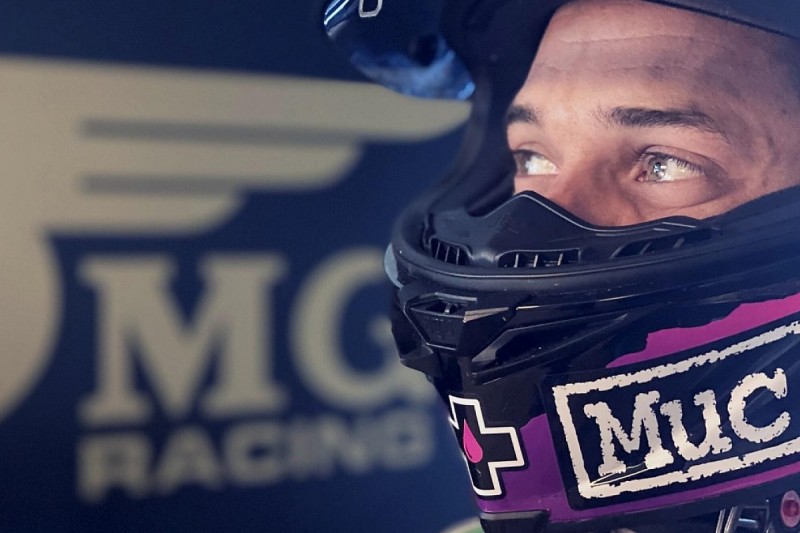 "We've now got more time to continue developing the bike ahead of next season's racing, to ensure we're right on the pace once things do get underway.

"Being involved with the Dakar project with Rich Energy OMG Racing is seriously exciting.

"It's a massive task but I have full faith in the team and can't wait to continue our preparations with some more testing and a few rally events as soon as possible to really settle into this new challenge."

OMG team owner Alan Gardner calls his outfit's planned step into Dakar a "huge milestone", adding: "[It] shows just how far we've come as a team, combined with our commitments from grassroots level in the OMH Ohvale Cup, right up to elite sports championships on circuits, roads and now off-road."

Hillier was due to race a BMW S1000RR in the Superbike and Superstock classes, and a Yamaha R6 in the Supersport category on the roads this year, having ridden Kawasaki machinery for the previous 11 years.

Elsewhere, outright TT and Ulster Grand Prix lap record holder Peter Hickman has confirmed he has secured a 2021 ride in BSB and on the roads - though has yet to reveal with who, leading to speculation that his long-time association with Smiths Racing could be nearing its end.