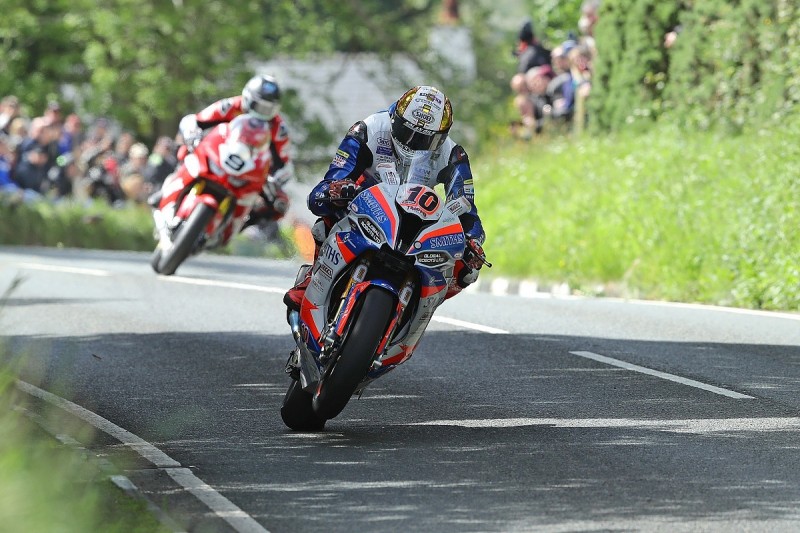 Hickman suffered an issue with his SBK-spec S1000RR during Sunday afternoon's practice, so opted to run a hybrid version of the bike for the first race of the week on Monday.

The Smiths Racing team moved the SBK suspension and swingarm over to the STK bike, with Hickman winning his third TT by 0.690s from Dean Harrison in a shortened SBK race.

"We actually had a bit of a problem on the Superbike yesterday, so we aopted last night to - once we realised we weren't going to get any more practice - the boys have made a bit of a hybrid," Hickman said.

"We've almost made it a Superbike, but it's actually a road engine in that bike, in that chassis.

"Never been out of it [the STK chassis], that came to us as a road bike when we finally got them two months ago."

When asked if he would run the full SBK in the Senior final on Friday, Hickman says he won't as he is "more than happy" on the hybrid.

"I'm gonna stick with the hybrid," he confirmed.

"I'm more than happy on it, the bike is working really, really well."

Hickman did hold a 1.7s lead over Harrison heading into his pit stop at the end of the second lap, but was just under seven tenths ahead when returned to track.

He reveals this loss of time was due to him making a "pants job" of setting off, due to the S1000RR's "weird" pit limiter.

"[At the] pit stop, the boys did a really good job, but the way the BMW works with the pit limiter is a bit weird.

"I've not quite got my head around it, so it was a bit of a pants job by me really.

"So whatever we lost in the pits was my fault, I didn't actually get away from the pits properly; it was like the throttle had been disconnected."