The starting order for both Isle of Man TT Supersport races has been unveiled, with Manxman Conor Cummins setting off from the number one spot 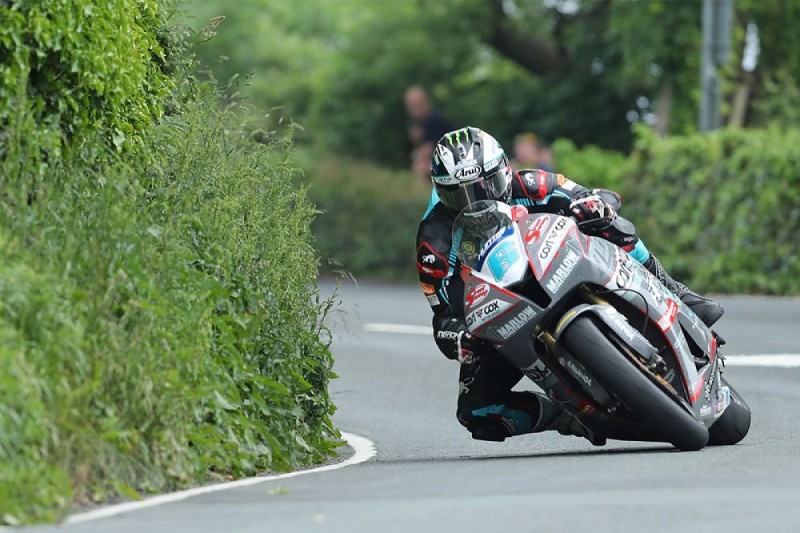 As is now traditional, two four-lap races for 600cc machinery will take place across race week, with the first coming on Monday 3 June prior to the Superstock encounter.

The second race takes place two days later, and headlines a schedule which includes the Lightweight and Zero TT events.

Cummins, starting number one on the road, just as he is in the big bike classes, will lead the charge down Bray Hill at the start of both SSP races aboard his Padgetts Honda, and will be followed by Dean Harrison.

The Silicone Engineering rider won the second 600cc race on his Kawasaki last year, benefiting from a 30-second time penalty given to nearest challenger Michael Dunlop for speeding in the pitlane.

Dunlop, who won the first SSP race in 2018 and set a new class lap record of 129.197mph, will once again race a CBR600 Honda under his own MD Racing banner. He is set to start from sixth.

John McGuinness does have an entry for the class and is due to start from third, but the 23-times TT winner is yet to secure SSP and STK machinery for this year's event.

He was meant to ride for MD Racing in last year's SSP and STK races, and hinted during the TT launch event in March that he had been in contact with Dunlop regarding running his machinery this year.

Double SSP winner Gary Johnson will launch from seventh aboard the Lee Hardy Racing Triumph, with the sister Padgetts bike of Davey Todd occupying eighth in the starting order.

Outright TT lap record holder Peter Hickman and his Smiths Racing team have secured more support from Triumph for this year, and aims to build on his runner-up spot in last year's second SSP race on his Trooper Beer-backed Triple.

Hickman will have Ashcourt Racing's Lee Johnston chasing him 10s up the road on the Yamaha R6 he has been campaigning in the British Supersport Championship, where he currently sits fifth in the standings.

McAdoo Racing's Adam McLean was due to start from the number nine spot, but has had to withdraw from this year's TT after suffering numerous injuries in a crash during the Tandragee 100.